Pennsylvania Attorney General Kathleen Kane, described as being on a “high-speed political train,” may be angling to run for governor already.  Regardless, her attempt to attach criminality to a limited impact incident that was either an innocent error, or a case of vandalism, is shameless.

Kathleen Kane is described in a Philly.com piece as a “high-speed” politician, one whose campaign slogan, ironically, was “I’m a prosecutor, not a politician.”  That article details a long list of actions already taken by the relatively new Pennsylvania Attorney General (in office for only a matter of months) that were obviously tailored to get her attention with key special interests in her party, possibly with a view toward running for Governor already.  Her new slogan, the piece suggests, seems to be “Flag down a hot topic. Hop on board.” Her recent filing of criminal charges against XTO Energy, for a 2010 spill of gas well wastewater in Lycoming County, shows a lady that “doth protest too much” when she was using the first one in every campaign ad.

Political prosecutions, of course, are hardly new.  Elliot Spitzer got to be initially famous by using his office as New York’s Attorney General to launch all sorts of high-profile prosecutions as tools to get attention.  It eventually got him the governor’s office until his arrogance and role as Client No. 9 took him down.  It’s a bi-partisan problem though and one addressed quite thoroughly in a compelling article in the Huffington Post, where the author concludes such prosecutions have “increasingly made us a nation ruled not by laws, but by politics (and by aspiring politicians). And once criminality is influenced primarily by politics, we’re all just potential criminals.”

Kathleen Kane is jumping on every opportunity to insert herself into political issues (even airline mergers) and criminalize anything that will yield publicity and appreciation from potential primary voters.  Name a controversy and she’s right there with a predictable position that will elevate her reputation with activists of the sort who can ensure her nomination to higher office in the future.  Her latest such endeavor is the indictment of XTO on criminal charges, believe it or not, for what was a limited impact incident where a valve was found open, releasing some wastes into the environment – a contractor mistake or an act of vandalism, not an action of deliberate intent or knowing violation of the law by anyone.

Imagine for a moment this standard applied to your mistakes and you have an idea just how dangerous criminalization as a tool of enforcement is.  Gene Barr, the President and CEO of the Pennsylvania Chamber of Business and Industry called it “chilling” for its potential impact on any Pennsylvania business owner.  Think about it – you hire a contractor who makes a mistake, or your work site gets vandalized, and you’re held criminally responsible under the threat of jail time!  That’s not just chilling; it’s an Artic blast at the heart of Pennsylvania business and industry.  Call her Kathleen “Ellie” Kane for apparently using Spitzer as a role model.  She might, though, think about where his career is now, cut short not so much by his dalliances, but an extreme arrogance that left him no defenders when he most needed them.

None of this is to suggest XTO did not bear responsibility, regardless where legal liability fell.  It obviously did bear responsibility from a “buck stops here” perspective and, more importantly, accepted it by immediately correcting the situation, revamping its procedures and cooperating with the Pennsylvania Department of Environmental Protection (DEP) to rectify all.  That’s a matter of record.  XTO was also thoroughly investigated by the Obama administration’s U.S. Justice Department, which found criminal charges were not warranted.  XTO’s statement of September 10 and an accompanying fact sheet lay out the facts.  A careful review of them reveals some key considerations and raises one very important question.

First, this was a recycling operation, where the intent was to reduce water use by re-using produced water from hydraulic fracturing operations. It was being collected in a tank, not a pond, and someone either deliberately opened the valve in an act of vandalism or left it open by mistake following a transfer of the water.  This led to a subsequent release to the surface, which did kill vegetation in the immediate vicinity but did no lasting harm as current pictures of the site clearly demonstrate.  Vegetation is already growing back, in fact.  Impacts on the environment, such as they were, were temporary and limited. 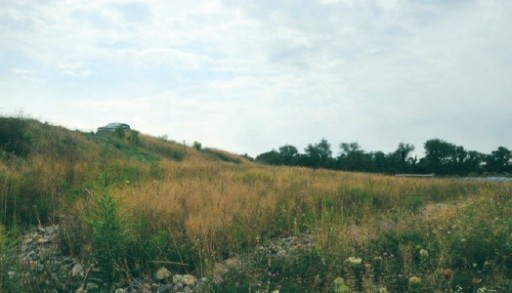 XTO Well Site from Below Pad 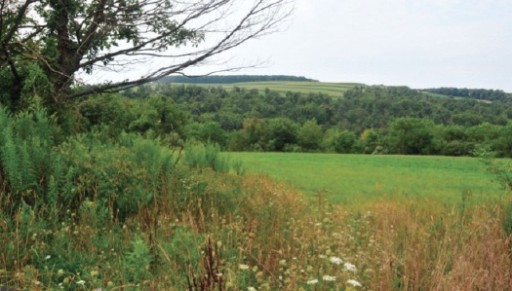 Secondly, XTO’s procedures were in compliance not only with the law and regulations in effect, but also best management practice.  Yes, errors can happen.  It’s the sort of thing that happens when you trip and spill the soda in your hand on your friend’s open laptop.  It’s arguably your responsibility even if it’s not your fault, but it’s hardly a crime when you followed all the rules.

Thirdly, why, when no one even knows exactly how the valve was left open, is XTO, of all folks, being singled out for criminality?  If the contractor left the valve open, as is perhaps most likely, XTO bears responsibility but not fault.  If it was a case of vandalism or sabotage, which is admittedly less likely but certainly possible, it still bears responsibility for cleanup, but it would have recourse to the perpetrator if that person were known.  Either way XTO, which followed approved procedure, is the victim, not a criminal by any stretch of the imagination.

Finally, why is the news release on the filing of this criminal charge against XTO so minimalist, given all the facts that are known?  Kane’s action in this case was out of character in that she has provided almost nothing in the way of details and, reportedly, has refused to talk about it.  Could it be she knows she has an incredibly weak case but needs a “fracking” case to cement support with the radical wing of her party for a potential gubernatorial run?  This article and comment from Clean Water Action, suggests that might be the case.  “She has indicated that she is on the watch for a criminal prosecution opportunity in the Marcellus Shale,” Myron Arnowitt, that group’s Pennsylvania director, told the reporter.

Kane’s action, in view of these realities, is so over the top as to itself border on criminality.  The author of that Philly.com article notes she has already roused at least one state legislator to throw out the “I” word (for impeachment).  He shows little sympathy for the proponent of that extreme measure but, also, reading between the lines, argues Kane has it coming because of her reckless attention seeking.  He says “…in the larger picture, she’s created a conflict.  Her rapid rise (and national exposure) is the result of well-played politics by a newcomer to elective office – an office she won on the promise of not being political.”  Very perceptive.

Although the odds are against it, Kane could land herself in big trouble for her political prosecutions if she keeps this up.  She wouldn’t be the first.  Readers will recall another prosecutor with his eyes on higher office; a fellow named Mike Nifong, the prosecutor who played politics with that Duke lacrosse case, egged on by the New York Times.  Remember him?  Well, the Times didn’t do much for him later, did they?  And, State Impact, the reliably anti-drilling NPR organ which tried to make hay out of Kane’s action with a twisting of XTO’s excellent record of less than one violation per well record, won’t be there to save Kane either.

That’s the way it sometimes works if you play hardball politics with things that shouldn’t be political.  Kathleen Kane ought to be mindful of that before she hops on that next political bandwagon and tries to criminalize what is innocent.