Josh Shapiro is running for governor. He’s launched demagogic attacks on the gas industry to whip up green support, but is it going anywhere? It’s unlikely.

Josh Shapiro is a demagogue, not unlike several Northeast Attorneys General with much bigger political ambitions. He pursues cases with a view toward self-aggrandizement and electoral advancement. Think Andrew Cuomo for another example. He launched his campaign for governor from the New York Attorney General’s office.

And, Josh Shapiro would be the same sort of governor as Cuomo, who has banned fracking and fought pipelines to gin up green support. Shapiro has apparently decided attacks on the gas industry are also the best route for gaining a Democrat nomination for Pennsylvania governor in 2022. He has gone after both Range Resources and Cabot to earn his green stripes. 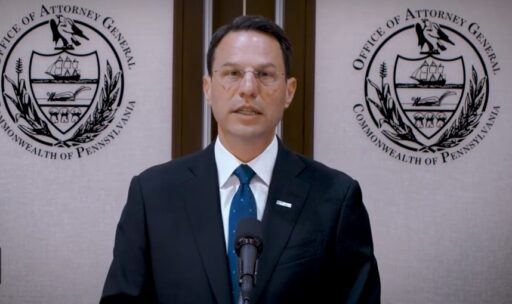 Pennsylvania’s Attorney General, Josh Shapiro, who describes himself as “a rare public servant who has risen above politics time and again,” a sure sign he does nothing but politics.

Our buddy, Jim Willis, over at Marcellus Drilling News has analyzed the situation. He took a look at the criminal charges brought by Josh Shapiro against Range Resources. The charges were shallow at best and the quick resolution of them reeked of political opportunism, but nothing more. Shapiro, as Jim noted, spent two years and hundreds of thousands of dollars of taxpayer money pursing Range over rehashed nonsense from the past, only for the company to plead “no contest” (no admission of guilt) and pay a mere $50,000 in fines combined with $100,000 in donations to green causes. Jim concluded Shapiro was the big loser, not Range, and it’s hard to argue with that.

What Josh Shapiro did accomplish was to get a day or two of press from the usual media suspects (e.g., Pittsburgh Post-Gazette, Associated Press) and the future green bragging rights as “the guy who made the drillers pay” even though it amounted to little or nothing. He’s hungry to be governor and wants to succeed the incompetent Tom Wolf. This little maneuver probably earned him a few political chits, but not much more. The news was short-lived and its value is limited to serving as the subject for Shapiro for Governor primary campaign advertisement two years hence.

Now, he’s doing a repeat with Cabot Oil and Gas, having filed charges based on another rehash. The grand jury report is nothing less than pathetic. It’s based on old disputed news, conjecture and the regurgitation of claims that didn’t fly in court. I may get into the details in another post, but here’s a sample to illustrate the baseless nature of the charges (emphasis added):

Another neighbor testified that she and her husband bought land in Dimock in 2003, and lived there in a trailer while they built a house that was completed in 2008. The house used well water.

Oil and gas development began in the area in 2006. Agents of Cabot told her that if she and her family allowed drilling they could “get a piece of the pie” with no disruption of their way of life. They would “never know we were here.” Cabot did not disclose their preexisting plans to inundate the area with drill sites. Based on these assurances she signed a boilerplate, developer friendly lease to allow drilling.

This is evidence? A bunch of hearsay and suppositions from 12 years ago? The whole document is careful written to avoid legality. It’s more like tavern talk or the sort of gossip one receives as their hair is being cut. Such as is the Josh Shapiro style. It’s 100% political propaganda packaged to appeal to reporters too opinionated to care with virtually no attention to the law itself or verifiable facts.

Range Resources choose to simply make the nonsense go away. They didn’t accept guilt and paid little to do so. What will Cabot do? Well, you be the judge, as here is their statement:

Cabot categorically denies assertions that the company acted with indifference toward the community where we live and operate. Our history and involvement in the community shows a very different reality than what was painted in this narrative. We take our responsibilities seriously and we are proud of our commitment to environmental stewardship. Cabot is an industry leader with proven track record of pioneering innovative technologies and adopting best practices in our operations.

Several state and federal government agencies along with independent academics have conducted exhaustive studies into shale development in Pennsylvania. These studies have failed to find evidence of systemic impacts to drinking water resources related to hydraulic fracturing. It is a well-known fact that methane is naturally occurring in many of the water resources of NEPA.  Much of the narrative is a restatement of long discredited claims.

Natural gas development has created thousands of jobs and robust economic activity in rural areas of Pennsylvania. Cabot is the largest employer in Susquehanna County and we are proud to help grow and expand the county’s economic base, including in uncertain economic times and the current pandemic. The safety and well-being of our employees, contractors, landowners and neighbors is paramount and we will continue to keep that as our number one priority.

Regardless how Cabot deals with this little political play here, there is one thing of which I’m sure; Josh Shapiro is unlikely to get much of a return for the taxpayers’ money in this instance either. The level of general public interest from what I can discern is down in the basement. Only two people have brought it to my attention. One is a gas supporter and the other is from the fractivist fringe. That tells me the public has largely tired of all this rehashing and doesn’t care much. When that’s the case, don’t expect much, other than a little more grist for the “Josh Shapiro for Governor” mill. (And, of course, he’s also first running for re-election as AG this year, so the ads are reusable.)

One thought on “Josh Shapiro Winds Up Base with Gas Industry Attacks, But Who Cares?”