Josh Fox doesn’t believe in private property it turns out.  He, rather, believes land belongs to all the people.  Perhaps it’s time for a public drive-by of his father’s property in Milanville; the one he falsely claims he got offered $100,000 to drill.

In 2007, teams of strangers came to our area and began knocking on our doors. Whether male or female, they were called “landmen,” the scouts of the natural gas business. Wanting us to give them leases on the gas beneath our land, they hoped we would sign, practically sight-unseen, thick boilerplate lease documents that provided all sorts of protections for the gas companies, but very little protection for us or the land we hold so dear.

In an attempt to ensure the gas companies neither took advantage of us nor despoiled the land we’ve owned for generations, a small band of us formed an organization we named the Northern Wayne Property Owners Alliance. The Alliance ultimately protected 100,000 acres of Wayne and Susquehanna Counties with a carefully constructed exemplary lease, a lease that was procured as a result of responsible people doing their due diligence, working tirelessly for 2½ years, and paying more than $500,000 to attorneys experienced in environmental law, Pennsylvania law, and oil and gas leases.

Now, with the decision by the Hess Corporation and the Newfield Exploration Company to pull out of our area and move on to friendlier territory, where they won’t have to face a Delaware River Basin Commission and the never-ending moratorium on natural-gas activity the DRBC has imposed on us, that environmentally sound and landowner friendly lease has essentially been lost. Simply put, the companies left to do business where they are allowed to do business, a rather novel concept!

Our grassroots group never anticipated we’d grow to the size we did or be involved in protecting such a huge area of land. Like Woodstock, it just happened. However, like Woodstock, it will never happen again. There have been many attempts to reconstruct that August 1969 “happening” in Bethel, and all have failed. In my opinion, once the regulations are in place, the landowners will not endure another costly negotiation marathon, but will succumb to smaller, less reputable companies touting boilerplate leases with far fewer protections. Multiple companies will attempt to cherry pick the area and will most likely be successful in their efforts.

Purportedly crying with happiness at the Hess/Newfield departure, entertainment filmmaker Josh Fox seems to think that he has stopped drilling in the basin forever. My contention is the only thing that has been stopped by the moratorium is drilling in the basin by two reputable companies under a very restrictive lease.

In his statement about his imagined victory, Josh expressed a wish that will do far more harm to the area than any gas well.

And really, if you can, please visit the Upper Delaware. Swim in the river, walk in the woods. Stand on the bridges and look for Bald Eagles. Lie out at night and take in the stars. Listen to all that water flowing down to bring water to 16 million people downriver. Watch as the fireflies come out in the early summer evenings. It belongs to all people, not to any landowner or gas driller. It’s yours, come visit. You won’t regret it.

Doesn’t he realize that if all of those people came to this area they’d drive away the very things that make this area so attractive? Has he forgotten that pretending this is a public park isn’t going to secure those visitors access to 99% of the land up here, land which is held in private hands? How will he feel if Milanville is invaded by hordes of occupiers, the very people he courted to do his bidding when it served his purposes? 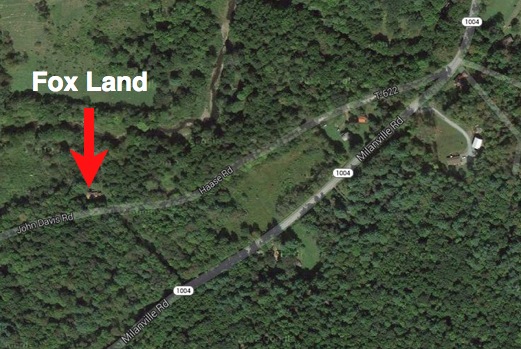 Be careful what you wish for, Josh. You may just get it!

Editor’s Note: Obviously, neither Betty, nor NWPOA, nor anyone associated with NaturalGasNOW advocates trespass onto the Fox properties.  We all respect private property rights, after all, contrary to Fox.  We also suspect Josh Fox and his father would be the first to call the authorities if any of us actually set foot on his land, the land he falseheartedly claims belongs to us all.  He was very quick, in fact, to blame trespassers for illegal burning activity about which Damascus Township cited his father in 2011.  The truth will likely never be known in that case, but it illustrates Fox does value his family’s property, just like the rest of us.  So, let’s all stay off it, but a drive-by wouldn’t hurt.  Why shouldn’t we all take him up on his offer to visit and enjoy?  John Davis Road is a wonderful place for a country ride.  Just stay in the car, drive very slow and don’t leave anything but your dust.  Just kidding…we actually respect his neighbors even if he doesn’t.