The more desperate fracuppiers become, the bigger the lies, as Josh Fox just proved with his latest update to followers of his “Solutions Grassroots Tour.”

Our “fracuppiers” post of this morning, and an earlier one by Jim Willis, noted the vast bulk of the “We Are Seneca Lake” blockade members were anything but residents. Yet, Josh Fox had this to say about Sandra Steingraber, its leader, when he sent an update yesterday to his Gasland mailing list (emphasis added):

Sandra was recently arrested along with 72 other citizens for blockading the gas storage facility of Crestwood Midstream. Crestwood is a Texas-based company that is looking to store gas in salt caverns under Seneca Lake, threatening the drinking water for 100,000 people. 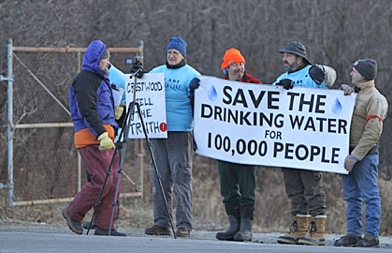 It’s actually 70,000 people, not 100,000, but that’s just a minor exaggeration by Josh Fox standards and, to be fair, he merely repeated what he read on the sign. The big lie from the fracuppier-in-chief is the “72 citizens.” If by “citizen” Fox means citizens of the world, of course, he’s technically correct. The reality for those of us grounded in old-fashioned math is that only one out of seven protestors has been a resident of Schuyler County according to the County Sheriff’s office.

There’s a third falsehood in this short update by Josh Fox, however, because he says this about a new short film he’s made for the purpose of supporting his recent fundraising effort for the Solutions Grassroots Tour:

The third is our latest short film “What Millennials Talk About When They Talk About Climate Change.”

We made this film as part of our Indiegogo campaign [8] to raise funds to take The Solutions Grassroots Tour on the road. How did we do? Thanks to you we shattered our fundraising goal. We can’t thank you all enough for your contributions and support.

Betty Sutliff, a guest blogger here at NaturalGasNOW, wrote about that fundraising campaign here recently and noted that “shattering” apparently means reducing your goal by $40,000 to less than half of your original objective and adding numerous days to your originally deadline for raising it.

I guess Democrats “shattered” Republican Senate hopes by only losing eight seats and not achieving a clean sweep by immediately losing all 10 seats in play.

Likewise, The Kansas City Royals must have also “shattered” San Francisco Giants hopes by losing the World Series in seven games and not four.

And, Ishtar and Waterworld apparently “shattered” the goals of those movie producers by making the list of the top film flops of all time (though both made money in the end). 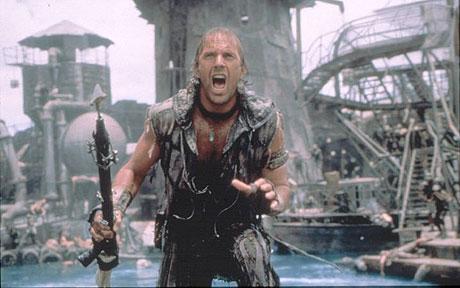 Is that Josh Fox without the glasses or a scene from Waterworld?

That’s three major distortions in a Josh Fox update of 616 words, about par for the course, but earth “shattering” if you’re measuring by Gasland standards.