A Josh Fox fundraiser aims to raise money to finance an extension to his fifteen minutes of fame and its not going so well – with good reason.

As if Josh Fox hasn’t made enough money from HBO and other benefactors, he has started a fundraising campaign on Indiegogo to support his upcoming Solutions Grassroots Tour. His target goal is $75,000. The campaign allows donors to choose from various perks, some of which, I find, are ridiculously expensive and inane. The contributors of $5, 10, 25, 35, or 50 will reap the reward of a shout out from Josh on Twitter or his website.

Ah, yes, Warm Fuzzies – retro 1980s. As I recall, a book that the school guidance counselor used to read to my elementary students was A Warm Fuzzy Tale by Claude M. Steiner, a clinical psychologist. More than likely Josh heard this story during his childhood, and it is that to which he refers in some of his perks. 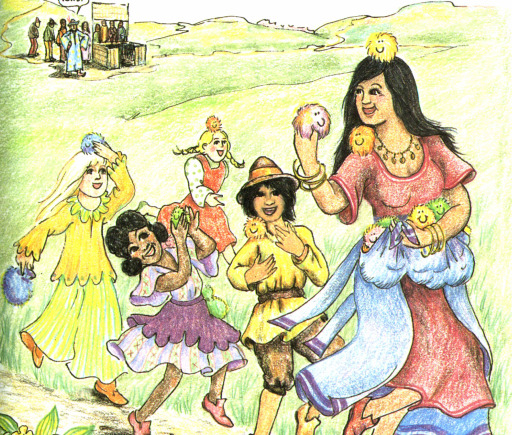 According to the story, everyone, at birth, was given a bag filled with Warm Fuzzies. The Warm Fuzzies were to be shared freely. When people received a Warm Fuzzy, the Warm Fuzzy made them feel good all over. Warm Fuzzies were abundant and people could just ask for them. But then everyone felt so good that the witch lost business selling her potions. So, she convinced the children that if they gave away their Warm Fuzzies, their bags would soon be empty.

The people believed her and started hoarding their Warm Fuzzies. Then, apparently, the economics of supply and demand kicked in and the Warm Fuzzies became rare and in high demand. Instead of getting Warm Fuzzies for free, the people, especially the unpopular ones, had to buy them.

So, the witch supplied people with Cold Pricklies instead. Cold Pricklies were made of plastic and made people feel cold and prickly instead of warm and fuzzy. Dishonest people tried to disguise the Cold Pricklies as Warm Fuzzies.

Then, just like the government, the regulators stepped in and began passing laws about the sale of Warm Fuzzies. Warm Fuzzies could only be sold by people who were licensed to sell them. Lo and behold, a woman with big hips, Hip Woman, came along and started freely giving out Warm Fuzzies again. (One wonders what having big hips has to do with the price of potatoes or Warm Fuzzies for that matter, but that’s how the story goes.)

The practice of giving out Warm Fuzzies (you can actually buy them) may work as a perk in elementary and kindergarten classrooms, but as a perk for a $30 or $100 donation, it is a juvenile and cheap gesture. Seriously, if I wanted something warm and fuzzy, I would spend my $30 on a pair of slippers.

A donation of $500 buys the donor a hike on a spring day in the woods with Josh. My husband’s reaction to that was an incredulous, “On 13 acres? That’s about a ten minute walk!” Maybe Josh is taking them on his father’s land, so that would be not quite 20 acres and a fifteen minute walk. No worries about getting lost. The hikers will probably be able to see the road the entire time. They should be sure to bring their cameras and get some scenic photos of the burned down trailer and the junk pile on the property. I’m sure there are a lot of residents in Wayne County, the ones Josh stiffed out of millions of dollars, who would like to tell Josh to take a hike, but that would be giving him a Cold Prickly instead of a Warm Fuzzy. 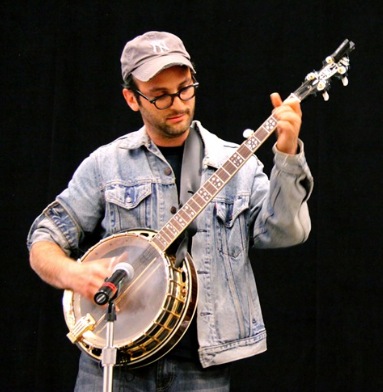 Your Chance to Hear Josh on the Banjo for Only $35?

Travel and accommodations are not provided for any of the perks, so, I suspect, neither is insect repellant. The woods are rife with ticks in the spring. In the early stage of their development, ticks are almost microscopic or about the size of a pinhead, so hikers may not even see them. Whoever goes with Josh should watch for the telltale bull’s eye rash, a classic sign of Lyme’s disease. Black bears, lean and hungry, are out of hibernation at that time and might be warm and fuzzy, but not likely to give hikers a Warm Fuzzy.

Let’s hope Josh knows his flora and fauna and can tell the difference between garter snakes, milk snakes, black snakes, ring necked snakes and pit vipers, and can identify poison ivy and pokeweed. People might go home with a few Cold Pricklies they hadn’t planned on. I guess I should say one person might go home with more Cold Pricklies than he or she had planned on because so far, only one person has chosen to take a hike with Josh.

For a whopping donation of $5,500, donors get to float down the Delaware with Josh. However, as I said before, travel and accommodations are not provided. Sounds like a BYOB affair – Bring Your Own Boat. There are only 3 openings for that particular perk. Here is where the Walter Mitty in me kicks into high gear. I have a visual of some of the locals dressing in war paint and headdresses, playing Tippecanoe and Josh Fox, too, or throwing a few lamprey eels and hellgrammites into Josh’s boat in case he needs bait to catch a few more suckers.

Seriously, the river is dangerous and has taken lives. I hope Josh has sense enough not to take naive or inexperienced people down through Skinner’s Falls, which begs the question about liability for both the hike in the woods and the float down the river. No one has bitten on this perk yet. Let’s hope, if they do, they don’t get bitten anywhere other than their wallets.

In addition to the shout out, a $35 donation gets the donor a sing out, a banjo song recorded by none other than Josh himself. Now, wait a minute . . . banjo, trip down a river . . . does a certain movie come to mind? Maybe those natives, instead of dressing up as Indians, should dress up as Burt Reynolds and sport bows and arrows. Back to reality — There are 30 of those perks available, so will each song be unique or do the donors all get the same song? So far only nine have claimed this serenade, but in case Josh is having trouble coming up with verses, I thought of a few for him:

At the beginning of November, I checked in on the progress of Josh’s fundraising venture. At that time the website showed 6% of the goal had been attained with the time limit down to only 45 hours. About a day later I checked the site again and the time had been extended for an additional 15 days. Today, with eleven days left until the campaign closes on November 18, 2014 at 11:59 p.m., unless it’s extended again, the goal is still 90% unfulfilled. It appears that people are rejecting Josh Fox’s Warm Fuzzies and are giving him a bunch of plastic, as in made from fossil fuels, Cold Pricklies instead.

19 thoughts on “Josh Fox Fundraiser Turns into a Cold Prickly”