There’s no charlatan who quite as much fits the part as Josh Fox and his latest efforts to get the U.N. to go fractivist also suggest delusions of grandeur.

Josh Fox is the quintessential charlatan and huckster, a fact picked up on long ago by the Playgoer blog, which rhetorically asked; “what does a downtown director have to do to get on national TV?  Make an HBO muckraking documentary, of course!” The guy has been riding the fracking issue for all its worth for more than six years now and, while he has little credibility left in the US, he stills finds plenty of suckers elsewhere who buy into his schtick with similar hopes for fame. He’s as full of himself as anyone could be and, like any narcissist, always imagines what he needs is a bigger stage, so now he’s taking his case to the U.N., plying a naive sycophant by the name of Paloma Muñoz to do the dirty work for him. 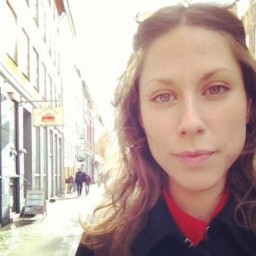 Paloma Muñoz (a/k/a Paloma Muñoz Quick) is a late 20-something or early 30-something, a graduate of Columbia University with a Masters in International Affairs in 2010 who claims to be an “adviser” to an NGO called the Danish Institute for Human Rights, whatever that means. The Institute is supposedly “an independent state-funded institution” with a “mandate to promote and protect human rights and equal treatment in Denmark and abroad” but, of course, is simply another leftist group espousing radical politics and enjoying life at the expense of taxpayers. It provides spoiled children such as Muñoz with the ability to pose as experts based on a degree, a couple of internships and some volunteer activity.

Muñoz is a fan of Naomi Klein and the latter’s view that “Tackling climate change is incompatible with capitalism as we know it.” She’s also apparently a Josh Fox groupie, based on her Twitter feed and her blog. She’s a perfect vehicle, in other words, for advancing Josh Fox’s delusions of grandeur and she’s chosen to do so with this e-mail appeal:

Please sign our fracking and human rights letter to the UN

I have been working with two fantastic environmental and human rights advocates, Josh Fox from the Gasland films and Jorge Daniel Talliant, Executive Director of the Center for Human Rights and the Environment, on a sign-on letter to the UN Working Group on Business and Human Rights and we would like you to sign on.

We are hoping to garner as many significant co-signers as possible by January 10th. We are looking towards representatives of organizations, organizers, business leaders, government representatives, and affected and notable people.  Also, please forward this email to those who you think will be interested to sign-on.

Already signed on are Yoko Ono, Mark Ruffallo, Bill McKibben, Tim DeChristopher and Sandra Steingraber, as well as the letter’s co-authors, Josh Fox, Daniel Taillant and myself in my personal capacity and not in representation of any organization with which I am affiliated with. The full list of signers so far is included further below.

Find the letter below and attached, available in English and Spanish.

Please reply to me at paloma.m.munoz@gmail.com with a positive response to be signed on. Please include your title and affiliation. You can sign as an individual or in representation of an organization.

Many thanks for your time and support.

Wishing you all the best during this holiday season and a very happy new year!

The letter Muñoz wants everyone to sign is a manifesto type document of 1,450 words that amounts to a collection of every fracking shibboleth repeated over the last six years and could only be taken seriously by the decidedly unserious list of existing signers, our favorites of whom we share below: 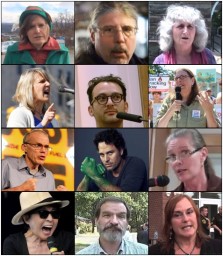 This “enviro-queda” rogues gallery illustrates just how little the fractivist movement really amounts to when all is said and done. It’s all the same people – the same tiny group of radicals – doing the same thing over and over again, with Josh Fosh acting as impresario as he feeds his own delusions of grandeur and suckers a bunch of other people, all eager to do the same thing, into doing the heavy lifting. Poor Paloma Muñoz hasn’t a clue how she’s being used; she’s just eager to participate and feed her own ego. What a pathetic bunch of malcontents feeding off the system.

4 thoughts on “Josh Fox and His Delusions of Grandeur”