The job-killing Sierra Club and other gentry class shills who stopped the Atlantic Sunrise construction for a moment have themselves been killed in court.

When the DC Court of Appeals issued a stay the other day that put 2,500 Atlantic Sunrise workers out of jobs, it seemed a bit strange. The DC Court has not been particularly friendly toward the attempts of the Sierra Club and other gentry class fractivist shills to overrule FERC with rehearsing requests and the like, although it’s made some weird decisions in other respects.

The latest delay maneuver pulled in the Atlantic Sunrise was frivolous on its face, after all. But, the Court inexplicably issued the stay anyway so, it said, to have time to review the matter. Now, faster than a speeding bullet, it has dissolved the stay.  The Williams motion to dismiss was particularly effective, it seems, and there may be a reason why 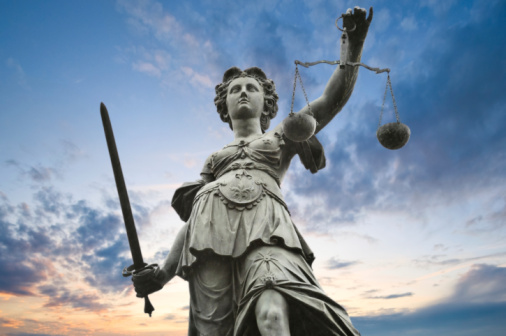 Jim Willis, whose excellent analysis of the stay we reposted here two days ago, had the followup news on his daily must-read Marcellus Drilling News site yesterday, including copies of the court orders involved. Here’s the final word from the DC Circuit:

Upon consideration of the emergency motion for stay, the oppositions thereto, the reply, and the supplement to the opposition, it is

ORDERED that the administrative stay entered November 6, 2017 be dissolved. It is

FURTHER ORDERED that the emergency motion for stay be denied. Petitioners have not satisfied the stringent requirements for a stay pending court review, including given the issues raised in the pending motions to dismiss. See Nken v. Holder, 556 U.S. 418, 434 (2009); D.C. Circuit Handbook of Practice and Internal Procedures 33 (2017).

This came after an order earlier in the day both approving and denying parts of a Williams motion to clarify the Court’s stay. It was the denial part that was interesting, though. It simply said “the request that petitioners post security of $8 million per day is denied.” Even though it was denied, this request indicates something far more important that should bring great satisfaction to all of us who have heretofore have been tearing our hair out wondering why the pipeline industry has not been playing hardball. One of our commenters on Jim’s post, in fact, asked why Williams had not asked for a bond from the Sierra Club, et al to cover the costs of the damages from the latter’s frivolous legal action. Well, they did!

Finally, at long last, the industry is fighting back the way it should. Praise the Lord and pass the popcorn! Here’s the excerpt from the Williams motion (made through its Transco subsidiary) where they asked for the financial security:

At the last minute, Petitioners are seeking to stop construction activities on a $2.8 billion construction Project, after having known for seven months that construction had begun. The ongoing construction activities have been long planned and publicly announced. Thus, Petitioners should be required to post adequate security in the event they do not prevail on the merits or the Court determines that the administrative stay, or any future stay, should not have been entered. Requiring such security is the only means by which the Court can actually preserve the status quo; otherwise, the stay imposes harsh, and irreversible, sanctions on Transco in advance of any ultimate decision on the merits. Accordingly, Transco also respectfully requests that the Court require the Petitioners to post security in the amount of $8 million dollars per day for the estimated length of the stay if all construction in Pennsylvania is to be stayed, pursuant to Federal Rule of Appellate Procedure 18(b).

The backup for this request is found in two additional Williams filings that may be found here and here, but the key point is simply that Williams not only asked for a bond, but was also was prepared to make a cogent case for one. That it was rejected is irrelevant because the Court obviously acted rapidly with a goal of avoiding that complication. Williams asserted its rights, calling out this travesty for what it was and the Court heard it. It was a true Atlantic Sunrise!

This is how to deal with Sierra Club and Clean Air Council legal delay tactics, by attaching a price to them and making the courts either decide quickly or force the opponents to pony up. They’ve been getting a free ride, using gentry class foundation money to hire Frivolous, Frivolous and Frivolous law firms to simply pester pipeline companies and the courts with endless procedure. Make them pay.

Now, it’s time to take the next step and sue these rich bastards for damages to date, abuse of the tax-exemption rules and violation of RICO statutes.