Philadelphia, which is officially on record against fracking, may finally be on its way to becoming the next Houston. It has just endorsed a LNG facility!

Last week, Philadelphia City Council approved a $60 million Marcellus LNG export facility, to be built on property owned by Philadelphia Gas Works (PGW). It was the final vote needed, held up by opposition from so-called environmentalists since March. Wackadoodle fossil fuel haters (holding up posters of The Lorax) were not happy at yesterday’s meeting when City Council voted 13-4 to approve the plan. 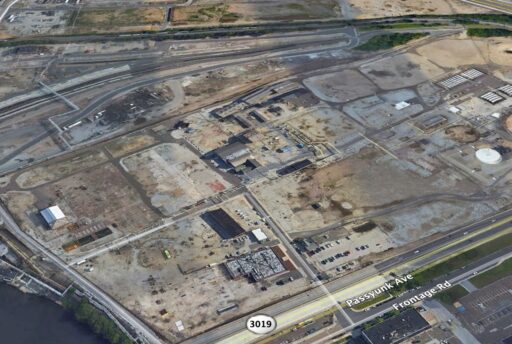 Russian native Boris Brevnov (former Enron executive) and his partner Charles Ryan (a Radnor native, once the chief country officer in Moscow for Deutsche Bank), via their company Liberty Energy Trust, landed themselves a sweetheart deal last December with PGW to build a small LNG plant that will export Marcellus gas.

We frankly have mixed emotions about this project. We’re glad to see another LNG export facility, one being built in PA (albeit quite small), but unhappy that these particular people are the ones building and operating it. Brevnov and Ryan are responsible for scuttling a deal for PGW to sell itself to UIL Holdings Corporation, a Connecticut-based investor-owned gas and electric utility, back in 2014. They wanted the LNG export project for themselves. It now looks like they’ll get it. Sometimes the bad guys win.

The good news is that more PA Marcellus fracked gas will be heading out of the state via this facility.

Here are some excerpts from an objective report about yesterday’s vote from the Philadelphia Inquirer‘s Andrew Maykuth (emphasis added):

Over objections of climate activists, Philadelphia City Council on Thursday approved a deal with a developer who will build a $60 million liquefied natural gas (LNG) plant on city land, generating at least $1.35 million in profits that advocates say will help reduce residential heating bills.

Council, in a 13-4 vote, endorsed the Philadelphia Gas Works’ deal with Liberty Energy Trust, a Conshohocken firm that would build the LNG production unit at PGW’s Passyunk Plant. It will pay the city-owned utility annual fees and profits. PGW and the Gas Commission said the revenue would help reduce the need to raise customer rates.

Environmental groups, including the Clean Air Council and PennEnvironment, opposed the plant, which will be built in an industrial area long used by PGW and now contains an underused LNG storage tank.

The activists said there were unanswered questions about what the new Passyunk Energy Center’s impact on the environment will be. They have also opposed new fossil-fuel infrastructure because it enables the production of more fracked natural gas from Pennsylvania’s Marcellus Shale region, when they say the nation should be investing in renewable energy.

The plant’s advocates say the LNG it produces will likely replace dirtier fuels like diesel and oil. The plant would sell the LNG to private buyers, including some power generators that now rely on oil and some industrial customers whose supplies of natural gas are curtailed during peak winter days, when residential customers get priority for available gas supplies.

The Gas Commission approved the plan in December, but a final Council vote was pushed back until after the May 21 primary election, after environmentalists said they would make the project a political issue. Council unanimously amended the deal last week to add more reporting requirements to verify the city’s share of the profits.

LNG is produced by supercooling natural gas to minus-260 degrees until it becomes a liquid, which can be transported without a pipeline and is in demand as fuel for ships, trucks, trains, and remote power plants. The Passyunk facility would produce 120,000 gallons of LNG a day.

Liberty has shown interest in PGW since it bid unsuccessfully to buy the utility from the city in 2014.

The public-private proposal is less ambitious than a $120 million plan PGW officials envisioned two years ago of expanding their plant in Port Richmond to sell LNG. The private investors will put up all the capital, reducing the risk to PGW and its customers, but also reducing the potential payday for the city.

PGW has produced LNG at Port Richmond for more than 40 years, storing the material in two 120-foot-high, white-domed tanks on Delaware Avenue. LNG is converted back into a gas to supply customers on peak winter days, when the pipelines serving the city would be unable to deliver enough gas to meet demand.

PGW began selling surplus LNG in 2013 to commercial buyers and says it has earned $6 million in three years, which it says helps reduce rates for other customers.

An here are some excerpts from biased report from PBS taxpayer-funded WHYY:

The plan, first proposed last September, has drawn protests from environmentalists, who argue that it further tethers the city to fossil fuels, flying in the face of the city’s plan to reduce its emissions by 80 percent by 2050.

Councilwoman Helen Gym, one of the four “no” votes, echoed that sentiment, saying the project was the wrong direction for the city.

“I think it’s clear the city needs to move away from fossil fuels,” Gym said, adding that council should be devoting its time to developing clean energy solutions. “We need to move, and we need to move quickly.”

…PGW currently liquifies natural gas at its Port Richmond plant and transports it to Passyunk for storage. The new plant will allow for everything to be done at the Passyunk plant, eliminating the need for transporting LNG from one plant to another.

A study by PGW has shown that the project, while relying on a fossil fuel, will reduce carbon emissions and could also reduce particulate matter, nitrogen oxides, and sulphur oxides. Green called the project a bridge that will help the city diversify its energy portfolio…

Labor groups have applauded the project, calling it a “win-win” for the city.

“We’re able to export a much-needed product and in return raise revenue for infrastructure repair and for the maintenance of PGW, our asset,” said Danny Bauder, campaign manager of the Philadelphia AFL-CIO.

Editor’s Note: Is this a step toward Philadelphia finally pursuing what it should have been pursuing all along? The title I gave this post may overstate the case a but I believe this is a very important step. We have a city council previously given to catering to the Clean Air Council, Delaware PovertyKeeper and other gentry class shills of the William Penn Foundation that has recognized it must build on its assets and move forward. It has rejected the phony pleas that worked in the past.

The Clean Air Council, Delaware Povertykeeper et al, have also helped by admitting its goal isn’t clean air but, rather, stopping natural gas development in Pennsylvania. It couldn’t care less that this project helps clean the air. Likewise, it couldn’t care less whether the city gets any economic development. That’s because it’s beholden to aristocrats who already have theirs. The Philadelphia City Council has noticed. It’s a giant step in the right direction…toward the next Houston.

3 thoughts on “Is Philadelphia Finally on Its Way to Becoming the Next Houston?”