[Editor’s Note: Robert Bradley looks at the subject of industrial wind projects and their impacts on human health, using a Victoria, Australia example]

Cooper, part of the wind power debate since his pioneering study of the Cape Bridgewater Wind Farm in southwest Victoria in Australia in 2014 (also see here), is a scientist to watch. 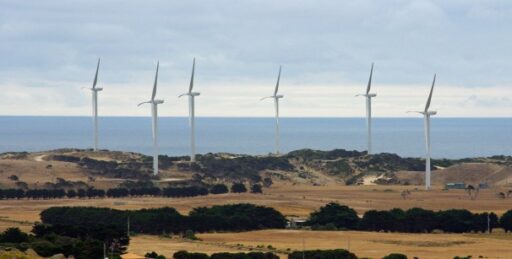 Intrepid energy researcher/author Robert Bryce is focused on this very issue. His recent report for the Center of the American Experiment, “Not in Our Backyard: Rural America is fighting back against large-scale renewable energy projects,” has just been released.

In January 2010, a few weeks before I published my fourth book, Power Hungry: The Myths of “Green” Energy and the Real Fuels of the Future, I was contacted by Charlie Porter, a horse trainer from King City, Missouri, who told me about the health issues he was having after several wind turbines were built near his home. I still have my notes from that interview. “It’s such a huge noise that it’s hard to describe,” he told me. “The noise, it’s like you have a hat on that’s way too small. It just makes your world tiny.”

Since that interview, I have been reporting on how rural Americans are fighting back against the encroachment of large-scale renewable projects. I have been keeping track of the studies on the noise pollution from wind turbines and how that pollution can affect the health of people and animals. I have communicated with dozens of people all over the world who had their lives impacted by that noise pollution. In 2015, I began tracking media stories on local communities that were rejecting or restricting wind projects. Since then, I have been building a database on those rejections and restrictions.

And fast forward to today on the subject of industrial wind:

On Wednesday, the Center of the American Experiment, a Minnesota-based think tank, published my report on the backlash against the wind industry. The main findings:  Since 2015, nearly 300 government entities from Vermont to Hawaii have moved to reject or restrict wind projects.  Local governments are implementing a panoply of regulations to restrict the growth of wind projects including strict limits on noise, minimum setback distances, and even seeking licenses for heliports. A thorough review of the studies ]has] documented the deleterious health impacts of noise from wind turbines.

That review includes a 2009 study done by the Minnesota Department of Health which found that the “most common complaint in various studies of wind turbine effects on people is annoyance or an impact on quality of life. Sleeplessness and headache are the most common health complaints and are highly correlated (but not perfectly correlated) with annoyance complaints.”

If not Robert Bryce, who?

You won’t read about this backlash in the New York Times, CNN, or the Washington Post. The backlash doesn’t fit the narrative that is endlessly promoted by the Sierra Club, academics at elite universities, or left-leaning politicians. That narrative, of course, claims that we can run our economy solely on renewables like wind and solar if only we had enough money and enough political will.

And channeling W. S. Jevons in the 19th century…

In reality, the binding constraint on the expansion of renewables is that there simply isn’t enough land to accommodate the staggering amounts of wind and solar that would be needed to make that pipe dream into a reality.

Along with the report, we are publishing the Renewable Energy Rejection Database, which provides details on the 300 or so rejections or restrictions of the wind industry that have occurred over the past seven years. That database will live on the American Experiment’s website and will be updated regularly.

Some highlights from the above study regarding industrial wind follow:

Reposted, with permission, from Master Resource.