Jim explores and projects the reaction to technology that will separate hydrogen from natural gas without releasing greenhouse gases into the atmosphere!

A partnership between Penn State EMS Energy Institute researchers and a Pittsburgh-based start-up company may hold the answer to reducing so-called greenhouse gas emissions while also paving the way to disrupt the chemical and material industries. The collaboration has resulted in several research projects that aim to “reinvent” both coal and natural gas as clean, cost-effective sources of fuels and high-performance materials. 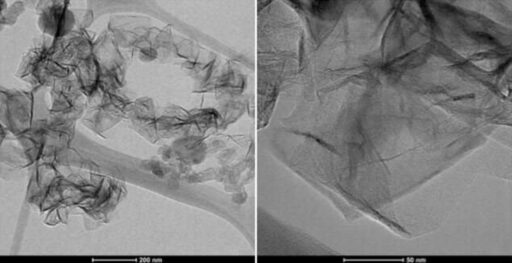 The holy grail in energy (at least right now) is hydrogen. Have you noticed all the stories about using hydrogen for energy? Hydrogen this and hydrogen that. Hydrogen will save Mom Earth from toasting to death. Whatever.

When you “burn” hydrogen you get water, not carbon dioxide (the stuff you breathe out with every breath). The issue with hydrogen is getting enough of it. Using traditional methods you either create nasty emissions or it’s too expensive.

A multi-disciplinary collaborative relationship, developed between Penn State EMS Energy Institute researchers and a Pittsburgh-based start-up company, may hold the answer to reducing global greenhouse gas emissions while also paving the way to disrupt the chemical and material industries.

Since 2015, Randy Vander Wal, professor of energy and mineral engineering and materials science and engineering, and affiliate at the EMS Energy Institute, has been collaborating with H Quest Vanguard on a growing number of projects that use the company’s plasma technology to enable potential new, non-emissive uses of coal and natural gas.

The collaboration has resulted in five research projects that aim to reinvent coal and natural gas in the 21st century as clean, cost-effective sources of fuels and high-performance materials.

While the Earth’s climate has changed throughout history, the current scientific consensus is that the present global warming trend is likely the result of human activity, namely emissions of green house gases due to combustion of fossil fuels.

Switching to cleaner fuels is recognized as a key component in reducing these emissions. Hydrogen, in particular, is a promising energy carrier because burning it produces only water and not carbon dioxide. But hydrogen is very rare in its pure molecular form. It is abundant, however, in the form of water—11% hydrogen by mass—and methane, a principal component of natural gas—25% hydrogen by mass. In fact, according to the U.S. Department of Energy, presently 95% of the hydrogen for fuel in the U.S. is extracted from natural gas.

Thermal methane decomposition heats natural gas to more than 2,000 degrees Fahrenheit, which cracks the hydrocarbon molecules, extracting hydrogen as gas and leaving the solid carbon behind. Introducing catalysts to this process can reduce the required temperature but introduces the problem of separating the solid carbon from the catalyst surfaces. Overall, due to constraints associated with heating, this process remains a costly, energy-intensive, and greenhouse gas-emissive process.

H Quest’s microwave plasma technology catalyzes reactions in a novel way and allows very rapid—1,000 degrees Fahrenheit per second—heating of gas, which is not possible with conventional heating technologies such as boilers, furnaces, heat exchangers, or inductive heaters.

In a recently awarded University Coalition for Basic and Applied Fossil Energy Research project, sponsored by the DOE, Vander Wal is looking to develop a deeper understanding of how process conditions within H Quest’s reactor define carbon product parameters.

Vital to this effort are the capabilities of the Material Characterization Laboratory, which has a wide variety of characterization techniques in the areas of microscopy, spectroscopy, surface analysis, and thermo-physical techniques that will help shed light on why different materials show different properties and behaviors.

The project, titled “Optimization of Microwave-Driven, Plasma-Assisted Conversion of Methane to Hydrogen and Graphene,” aims to identify reactor design and process conditions for hydrogen production with the capability to tune carbon product characteristics and evaluate methane conversion, product yields, and selectivity.

The goal is to develop relations between the carbon product form, characteristics, and process parameters. Such relationships will allow selective production of specific carbon forms and the ability to tailor their physical-chemical properties. The researchers hope this will lead to next-generation hydrogen technologies that could enable using stranded domestic energy resources, such as stranded natural gas reserves, while also diversifying hydrogen feedstocks.

“Microwave processing of natural gas represents decarbonization of a fossil fuel while paving the path toward the hydrogen economy,” Vander Wal said.

It would also create a pathway to cleaner, lower-cost carbon products. Graphene, for example, is a material that is stronger than steel and more conductive than copper.

“Graphene, as an additive to concrete, can increase strength and durability, contributing to infrastructure improvement while sequestering at large scale carbon/graphene production,” Vander Wal said.

Penn State EMS Energy Institute researchers and H Quest are also partnering through a National Science Foundation Small Business Technology Transfer Program award to test the company’s material in these roles. They also are investigating applications of microwave plasma to convert coal into carbon products through an award from the DOE’s National Energy Technology Laboratory.

The breadth of the plasma-derived products is immense, from activated carbon to 3-D-printable plastics to industrial carbon electrodes for steel and aluminum smelting, the possibilities are immeasurable, Skoptsov said.

“Coal has been foundational for modern industrial organic chemistry,” he added. “So many synthetic products—from aspirin to nylon—have been produced from coal, before it became synonymous with electricity generation in the era of cheap oil in the 1950s. This research will unlock the true value of our fossil resources as the source of high-performance materials but will do so in a more sustainable and cost-effective way than has ever been possible.”

So we can “decarbonize” fossil fuels. Turn them clean and green, right? Here’s the thing: Even if you could wave a magic environmental wand over natural gas (or coal) and make it 100% clean and green, irrational fossil fuel haters are still gonna hate. They will refuse to accept the technology simply because it’s called “fossil fuel.” That’s the reality. 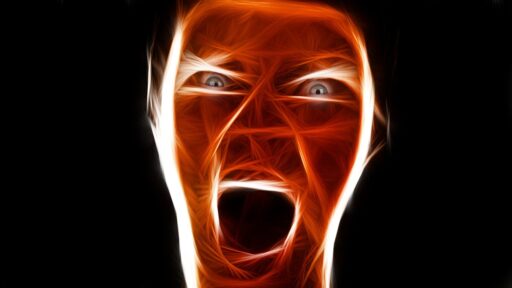 Perpetually angry fractivists just have to hate and will turn red with rage if gas is made even greener, says Jim. Is he correct? Probably so.

We applaud these researchers for their efforts, but we predict ultimately this technology will go nowhere because of the prevailing, demented thinking on the part of those who call themselves environmentalists.