The Binghamton Press & Sun Bulletin published an interview with fractivist professor Robert Howarth of Cornell University in their February 9 issue. It was entertaining but contained little about real science.

Howarth’s contention that shale gas is far more damaging to the climate than coal has been highly criticized by many prominent scientists. In June 2011, Cornell professors Lawrence Cathles III, Larry Brown and Andrew Hunter issued a commentary on Howarth’s work and concluded the he greatly exaggerated many parameters and assumptions.

The most critical sentences in the 17-page peer-reviewed paper from those other Cornell professors states:

“We argue here that their analysis is seriously flawed in that they significantly overestimate the fugitive emissions associated with unconventional gas extraction, undervalue the contribution of ‘green technologies’ to reducing those emissions to a level approaching that of conventional gas, base their comparison between gas and coal on heat rather than electricity generation (almost the sole use of coal), and assume a time interval over which to compute the relative climate impact of gas compared to coal that does no capture the contrast between the long residence time of [carbon dioxide] and the short residence time of methane in the atmosphere.”

“High leakage rates, a short methane [global-warming potential], and comparisons in terms of heat content are the inappropriate bases upon which Howarth et al. ground their claim that gas could be twice as bad as coal in its greenhouse impact. Using more reasonable leakage rates and bases of comparison, shale gas has a [greenhouse gas] footprint that is half and perhaps a third that of coal.”

To add insult to injury, former U.S. Energy Secretary Steven Chu roundly criticized the study as well. On Sept. 17, while giving a speech in Ohio, Chu made reference to Howarth’s work by stating in politically correct terms: “There was a very famous Cornell report, which we looked at and decided it was not as credible as it — well, we didn’t think it was credible. I’ll just put it that way.” 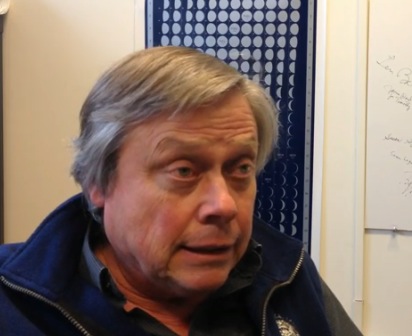 Additionally, a recent University of Texas study that was done in collaboration with the Environmental Defense Fund again targeted Howarth’s work. The research stated:

“For well completions, for example, Howarth et al. assumed neither green completions nor flares were used to control emissions. While that may have been the case several years ago, it isn’t the case now, as the evidence from the UT study suggests. Once [Environmental Protection Agency] regulations are fully implemented, all new hydraulically fractured natural gas wells will be required to use green completion technologies.”

Without a doubt, the most intriguing part of Howarth’s work, which he apparently thought not worth noting, revolves around the financial aspects of the study. In a recent spreadsheet compiled by the Press & Sun-Bulletin regarding the Park Foundation’s 2008-13 grants, there is a fascinating entry. The 10th entry for 2011 states “Dissemination of GHG study” awarded to Cornell University for $48,229. It would appear that being a professor at an Ivy League university is not without its perks.

Editor’s Note: Frank’s piece is devastating enough, but we also note the Press & Sun-Bulletin’s summary of Park Foundation grants made to fight fracking and natural gas development includes another $60,000 grant made in 2012 to Howarth, Ingraffea and company for “Continued evaluation and presentations on shale gas and methane” and still another $50,000 in early 2013 to Physicians, Scientists & Engineers for Healthy Energy (PSEHE), their off-campus anti-gas advocacy organization, for “general operating support.” It’s also worth noting the list is incomplete and only includes the first half of 2013. Here’s all of 2013 and it comes to over $2 million invested in financing virtually all the anti-fracking effort in New York (click here or on chart for more readable version). That’s a whole lot of Park pork. 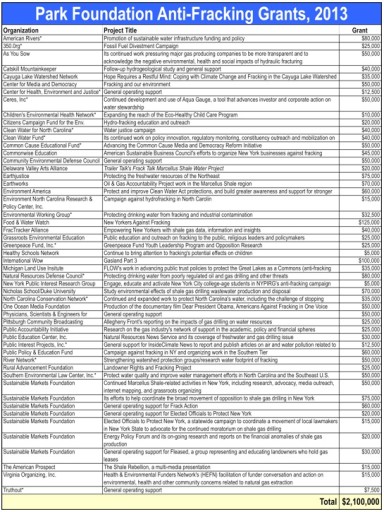 Note that where a grant could have involved activities unrelated to fractivism, it is asterisked and only the estimated fracking proportion is counted. There are undoubtedly other grants to organizations involved at some level in the war against upstate New York and fracking everywhere. However, these are the organizations known to be heavily involved in fighting fracking. The pervasive influence of the Park Foundation is obvious from the amount of pork involved. Howarth is an advocate whose research and attention directly benefits from the Park Foundation’s largesse. His interview is a sing-song from their playlist.