The devastation that hit Puerto Rico is an opportunity to build a new energy future for the Commonwealth with our natural gas, helping us at the same time.

There was a Congressional hearing the other day focused on the efforts to help Puerto Rico recover from the recent hurricane damage that so devastated the island. Something very interesting came out of the discussion that could be the basis of some great initiatives of benefit to just about everyone. It’s all about LNG and how shipping the stuff produced on the mainland could be a big boon to our fellow Americans from the Island of Enchantment as well as those who live in our rural areas where shale gas is produced. 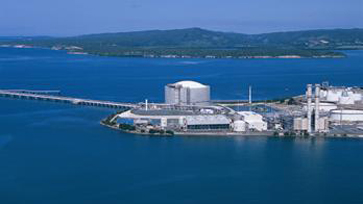 The hearing was reported in the Washington Post “Energy 202” daily report on energy and environmental issues. Here’s the bit that caught the eye of one our readers, who forwarded it to me:

During the hearing, Rep. Doug Lamborn (R-Colo.) asked Noel Zamot, the revitalization coordinator for Puerto Rico’s oversight board, about using liquefied natural gas as an energy source on the island.

Zamot told Lamborn that about 96 percent of Puerto Rico’s electricity is from burning fuel oils and about 4 percent derives from renewable sources. Lamborn praised Zamborn’s plan to grow the electricity base to 50 percent renewable energy and 50 percent natural gas resources by 2040 and urged him to “keep pushing in that direction … I welcome the discussion about LNG.”

The beauty of developing Puerto Rico as a LNG market is many-faceted. First, there is the obvious reality that Puerto Rico is part of America and a whole lot closer than places such as Japan and China and, as our reader notes, a far better use of our natural gas than trying to compete with Russia, Qatar and Australia for Asian business (although that’s welcome, too.

Puerto Rico also offers a unique and excellent opportunity to show how gas can replace other not so clean fuels such as oil that are less than efficient and far less friendly to the environment than our natural gas. “Think of it as a pilot project to show more quickly and efficiently gas can replace existing or missing systems without waiting for renewables,” our reader suggests. I agree.

There’s also the additional fact that shipping LNG from, say, Cove Point, would not only help Puerto Rico residents have a more secure, cleaner and economical energy future, but also provide jobs and ancillary income for shale producing regions such as Pennsylvania, Ohio and West Virginia and new employment and taxes for LNG port cities. It would be winning deal for all.

That Congress and Puerto Rican officials are discussing this potential is great first step. Perhaps the next step is to direct some of our aid to Puerto Rico toward developing improved LNG import facilities and other natural gas delivery infrastructure. NaturalGasIntel.com notes that “EcoEléctrica LP operates LNG import, storage and vaporization facilities at Guayanilla Bay, in the municipality of Peñuelas, which is located on the south shore of the island.” The same story reports the following:

What’s interesting about that little tidbit is that Trinidad and Tobago don’t appear to have the capacity to supply as much gas as they have in the past, which means there is a definite opportunity, closer to home, for US producers of LNG. (That’s also true of Boston, by the way.) Let’s take advantage of this situation sooner rather than later and expand Puerto Rican LNG import and distribution capacity to take more gas from here on the mainland.