Damascus Citizens for Sustainability is a group of mostly New Yorkers pretending to be members of a Pennsylvania community. Heinz has given them $352,000.

Damascus, Pennsylvania is where I grew up and where my family and I still own property. My ancestors in the area go back more than 200 years. They include some of the original loggers who represented the first major natural resource industry in the region. That industry survives to this day. Sadly, it and the economic livelihood of the area is threatened today, though, by groups such as the Damascus Citizens for Sustainability.

Damascus Citizens or “DCS,” as it likes to refer to itself, is a group of mostly New York City folks who prefer to think of Damascus as their home and nobody else’s. Call them the Undocumented Damascus Citizens. They oppose natural gas development needed by real Damascus citizens to pay the bills. And, the Heinz family is financing their opposition.

A reader sent me a link to this DCS page. It thanks supporters for helping to make their match. Knowing the Heinz Endowments has been a funder of the group, I decided to see if they were the match offeror. I can’t definitively say it is but I did discover just how much Heinz has given Damascus Citizens. 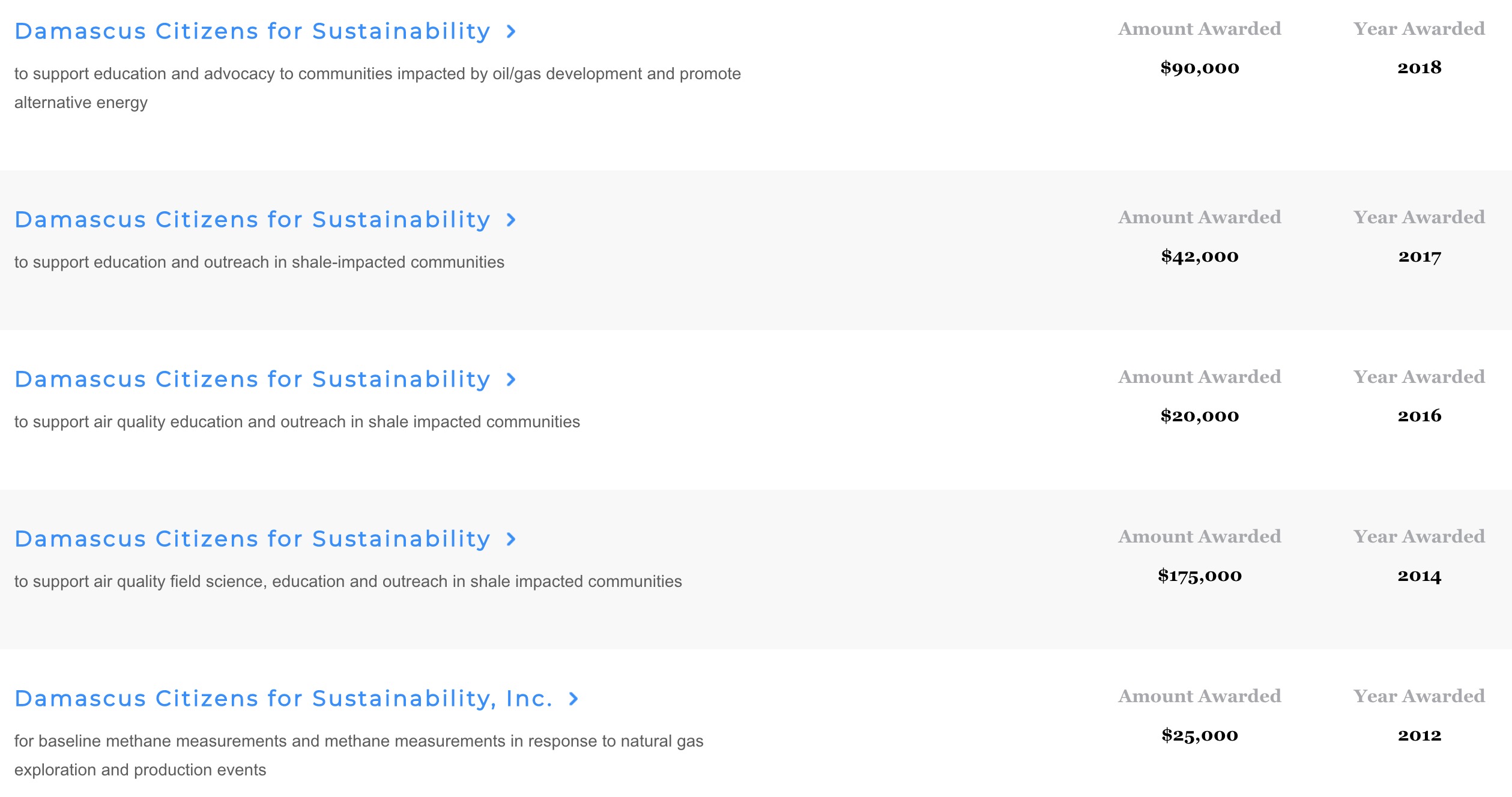 This is important because DCS claims to be a publicly supported organization. Public support, as defined by the IRS, doesn’t include any entity contributing more than 2% of an organizations total support unless that entity is also public supported. The Heinz Endowments is not. Rather, it is a private foundation with a very private agenda. This doesn’t mean the group is in a violation of the rules, technically speaking. It does mean, though, that up to 60% of the DCS revenue is anything but public support.

Interestingly, the organization, also says it does no lobbying of any kind but there is a clear violation of that rule as these screen shots from it’s website prove: 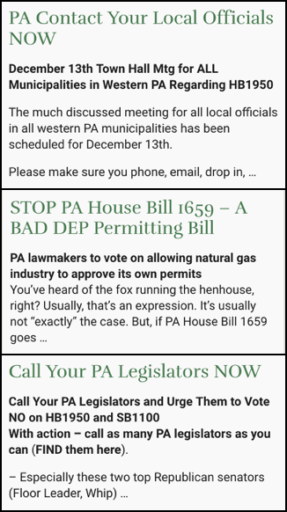 This is grass-roots lobbying by the IRS definition  and while DCS is allowed to some of it, it cannot do it and say it doesn’t at the same time. But, then this is DCS and this is what Heinz pays them to do. It’s the Heinz way of getting around another IRS rule that says it can do absolutely no lobbying.

And, what else is DCS  doing? Well, it’s match page offers this (emphasis added):

In 2019, DCS will be working with the Delaware River Basin Commission (DRBC) to achieve passage of their proposed ban on fracking. We will also be working to ban the import of frack waste into the Basin and to ban the export of our clean water to support fracking elsewhere.

This would seem to be grass-roots lobbying regarding what is, in effect, DRBC legislation. Whether it is or isn’t, though, is beside the point. The real question is what does DCS mean by “working with” anyway? Is DCS really working with the DRBC, or is this merely the boastful claim of a bunch of Manhattanites who suppose they’re at the heart of the action when then they’re really no more sycophants shouting out silly huzzahs from the sidelines. A quick perusal of their extremely shallow amicus brief in the WLMG lawsuit suggests the latter.

Still, one wonders. The DRBC has a history of working hand-in-hand with the Delaware Povertykeeper a/k/a Riverkeeper, which is hardly a surprise considering they’re both funded by the William Penn Foundation. Heinz has funded the Povertykeeper and it dominates the DRBC committee structure. It also enjoyed a cozy relationship with the agency under the previous Executive Director. And, who forget these love letters: 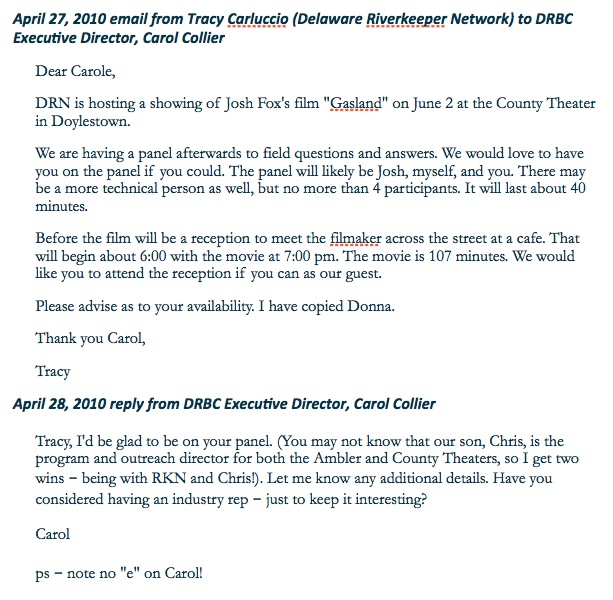 Over the years, your predecessor, Ms. Carol Collier, found our knowledge of the Basin and our local, legal and scientific water-use expertise beneficial to the Commission and welcomed our participation in the Commission’s deliberations, even when we were raising hard questions about some of her decisions. We hope to find you will be equally open and equally professional regarding the kind of community-based dialogue that is essential to successful management of the Basin’s resources….

At the same time, we must share with you our dismay at the churlish comments of the Marcellus Shale Coalition (MSC), Tom Shepstone and other pro-oil and gas spokespeople who celebrated Carol Collier’s resignation and the end of her “ignominious era.”

So, maybe DCS really is “working with” the DRBC. If so, it’s not only the William Penn Foundation that’s setting the agenda but also Heinz and, of course, the two trust-funder groups have been collaborating on other related matters for some time, being the money behind StateImpactPA, PennFuture and so many other of the usual suspects and usual gentry class attacks on the interests of the common man.