The Heinz Endowments is funding three different shill groups with a mission of scaring parents and children into opposing natural gas and oil development.

Cancer is about as serious as it gets. I take seriously because I’ve had to deal with personally. I’ve also had to deal with childhood cancer among my family. That’s why I despise special interest groups who attempt to make it political. That’s what the Heinz Endowments is doing in Western Pennsylvania in financing three different fractivist groups doing their best to scare everyone into opposing fracking, based on nothing more than pure speculation by these paid shills themselves. 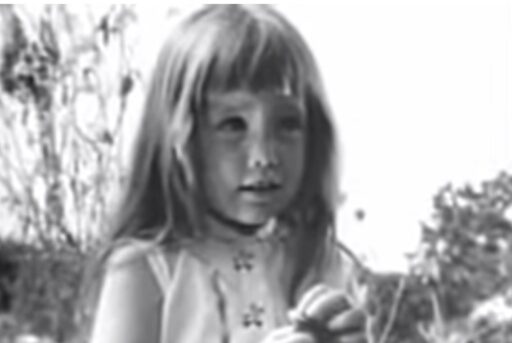 Scaremongering – what Lyndon Johnson did in 1964 with this commercial and what the Heinz Endowments is doing today [click to play].

A recent story in the Pittsburgh Post-Gazette, obviously written to give free publicity to a community organizing event, tells us this (emphasis added):

Three environmental organizations are co-sponsoring a meeting from 6 to 8 p.m. Thursday at the Canonsburg Middle School on the topic, “What to Know When Fracking Is Your Neighbor.”

Sponsors of the meeting, which is open to the public, include the Center for Coalfield Justice, FracTracker and the Environmental Health Project.

The meeting comes in the wake of Post-Gazette stories in March and June documenting six rare Ewing sarcoma cases in a decade within the boundaries of the Canon-McMillan School District, including two diagnosed in 2018…

“As petrochemical buildups occur throughout our greater region, including the [Shell Petrochemicals Complex, the cracker plant under construction in Monaca, Beaver County], fracking is becoming even more prevalent in our backyards. Folks in our community have questions and fears about the impacts of the oil and gas industry,” said Heaven Sensky, a community organizer for the Center for Coalfield Justice.

“That said, ‘What to Know When Fracking Is Your Neighbor’ is an event that will bring answers, and organizational support, directly to members of our community.”

She said each organization will provide information and will answer questions submitted to the team, in person or anonymously, prior to the event…

“We are hoping to utilize this event to make connections with folks in the community that are looking for a space and an outlet to organize around this issue, and we look forward to taking this event to other affected communities in the region,” she said.

Read the whole story and you will not one iota of science or anything whatsoever that connects the cancers in any way to natural gas development other than the speculations of these three Heinz Endowments funded anti-gas community organizing groups. Yet, the headline of the article is “Citizens, experts to meet in Canonsburg to discuss childhood cancers, shale gas operations” and the title of the event is “What to Know When Fracking Is Your Neighbor.” This isn’t science. It’s not journalism either. It’s pure scaremongering orchestrated for political purposes.

Moreover, the orchestra conductor is the Heinz Endowments. This foundation, which has also funded the Delaware Riverkeeper a/k/a PovertyKeeper, Damascus Citizens for Sustainability, the Clean Air Council, PennFuture and the odious StateImpactPA, funds all three of these outrageous professional scaremongers. It has given the Center for Coalfield Justice some $2,010,000 since 2008 to community organize and scaremonger. It has given the Southwest Pennsylvania Environmental Health Project another $1,400,000. It has sent still another $3,969,400 through the Foundation for Pennsylvania Watersheds to support this political “health” project” and FracTracker as well as another $1,497,992 directly to the FracTracker Alliance.

The Heinz Endowments, in other words, has funded this community organizing cabal to the tune of $8,877,392. That’s the reality of what’s been going on here. What the Pittsburgh Post-Gazette reported (reprinted would be a better word) is 100% political in nature and funded by a tax-exempt private foundation that’s not legally allowed to do any politics.

Don’t expect anyone but us to report those facts, though. No, the Post-Gazette has simply joined in on the Halloween party. The depth of the corruption and, frankly, the evil involved with this kind of politics, which would take advantage of the plight of the cancer-stricken is just astounding. Why isn’t industry challenging the tax-exemption of the Heinz Endowments? That’s what’s needed and that’s what ought to be reported.