H.B. 827, Rep Jonathan Fritz’s bill to compensate DRBC landowners for their huge losses from the taking that would result from a fracking ban, is attacked.

Former English teacher and now Rep. Wendy Ullman is from Bucks County, Pennsylvania where the average household income in 2017 was $108,848 compared to $64,598 in Wayne County where Rep. Jonathan Fritz and I live. That’s a 68% difference but she’s determined to ignore it in her opposition to Fritz’s H.B. 827. It appears she’s a stooge for the Delaware PovertyKeeper, though, so economic fairness isn’t on the agenda, if a recent opinion piece supposedly written by her is any indication. Rather, the agenda is anti-growth and strategic parkification on behalf of the gentry class financiers of the Delaware PovertyKeeper. 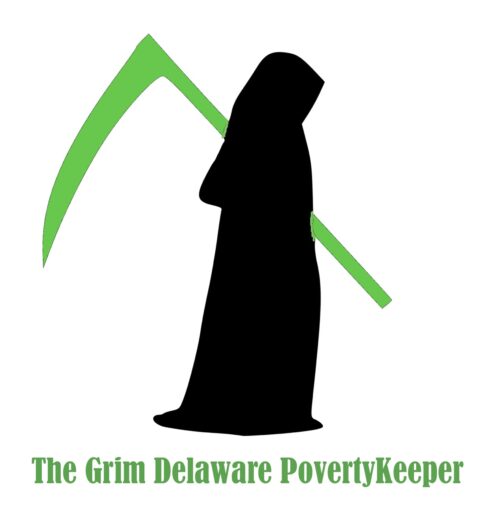 Rep. Ullman’s opinion piece reads like a news release from the PovertyKeeper, which has put everything it has into opposing Jon Fritz’s H.B. 827. It is simultaneously making a huge deal about Tohikon Creek (one wonders what PovertyKeeper donor must live there). Indeed, the language of the Ullman article reads it was written by Maya or Tracy, the twin horns of that bully outfit. It’s that vacuous and deceptive. Here it is with some NaturalGasNOW commentary in red:

As a state lawmaker, I am dedicated to preserving and protecting the natural resources of our state. Clean water is under threat right now, and I consider it my job to protect it.

Exactly how is it under threat from fracking, Wendy, when we know it has taken place in the Susquehanna River Basin with “no discernible impact on the quality of water resources” and DEP itself says as much? And, how does H.B. 827 do anything other than beg for economic fairness for landowners expect to give up their property for the sake of your unjustified fears?

Last week, the governors of Pennsylvania, New Jersey and Delaware met for the first time in two decades to recommit themselves to keeping the Delaware River clean.

We’ve kept OUR water clean, Wendy, down through all the years you self-righteous down-river folks, including the PovertyKeeper enablers at the William Penn Foundation, we’re dirtying it up big-time.

I was heartened by the governors’ proclamation to ensure the lifeblood of the Delaware River Valley is fishable and swimmable, its waters able to meet high drinking water standards, and its tidal shorelines and waters accessible to the public.

The only reason you have any quality water, Wendy, is that WE deliver to you.

The meeting was timely as both the Delaware River Basin Commission and the river it was created to protect are both under threat.

Again, how exactly does equal justice under law threaten the DRBC or the Delaware River we’ve protected? You obviously know zilch about this issue and are simply parroting mindless talking points provided by the likes of the PovertyKeeper as you offer yourself up as a gentry class tool.

Recently, I rose on the floor of the House to take a stand against a piece of environmentally dangerous legislation, H.B. 827, that seeks to undercut DRBC’s ability to protect Pennsylvania’s water quality, and so threatens Pennsylvanians’ constitutional right to clean air and water. The bill is expected to be voted on when the legislature returns to session in June.

Repeat; how exactly does equal justice under law have anything to do with the DRBC’s ability to protect Pennsylvania’s water quality, Wendy? All we want is basic fairness—to be paid for what is taken from us based on nothing speculation of the sort you’re offering here. That doesn’t interfere with the DRBC’s right to regulate.

H.B. 827 is short-sighted, ultimately seeking to strip an important regulatory agency of its mandated powers so that the few – drillers – can conduct hydraulic fracturing and so deprive the many – the people living within the borders of the Delaware River Basin, who make up 43 percent of Pennsylvania’s population – their right to clean air and water.

It’s not so much “drillers” who want to conduct hydraulic fracturing in the Delaware River Basin, Wendy. It’s landowners who have been deprived of the economic gains you already enjoy. We simply want some fairness. Are you opposed to that? If so, why? How could you?

H.B. 827 would bankrupt the commission by requiring it to compensate landowners because hydraulic fracturing can’t take place on their property – even though the fracking ban does not prohibit other types of gas drilling and development.

You exhibit frightful ignorance here, Wendy. I suggest you research this a bit more. There are no other types of gas drilling feasible within the basin and many mineral rights owners own ONLY mineral rights. Moreover, for other landowners the mineral rights represent 90% or more of their property; it’s their retirement, their equity to reinvest in the farm and keep it as open space.

This issue is personal to us here in the 143rd District. Our longest border is with the river; our beautiful streams flow into it, and many of the woods, hiking trails, and quiet by-ways that characterize our region have the Delaware riverside as a backdrop. From the historic Roebling Bridge in Riegelsville to the Wing Dam in Point Pleasant, we cherish every mile of our stretch of the river. Protecting this resource from contamination by fracked water discharge and streams that feed it from unfortunate fracking accidents is of paramount importance.

You imagine it’s not personal for us, Wendy? Who do you think you are? Do you suppose you’re the only one who values the river? Who do you think protected it before you left your English class and decided to go into politics? And, what makes you suppose you should legislate based on your self-ranked cherish quotient? Where do you come off asserting a threat to the Delaware as you drink the water from the Susquehanna while you’re in Harrisburg; water from a basin where fracking has been going on for a decade with “no discernible impact” on water quality? Are you serious?

It is critically important that all the Delaware River’s waters are well regulated.

And, you suppose the Delaware River’s waters aren’t well regulated? If you do, then you haven’t tried to do anything meaningful that requires a permit and you haven’t got a clue.

Right now, our beloved Tohickon Creek — a tributary of the Delaware River – is threatened by a proposed downgrade to a Trout-Stocked-Fishery (TSF) designation. This is a scenic, fast flowing stream that runs past the cliffs of High Rocks State Park and is host to an internationally known white water kayaking competition twice a year.

A few years ago, when I was a Girl Scout leader, my troop spotted the elusive State Amphibian – the Eastern Hell Bender – a rare creature that lives only in clean, fast flowing waters and is dying out elsewhere.

A downgraded designation of the Tohickon would effectively weaken its protections, allowing additional pollutants to be discharged into the Creek. We need to protect the Tohickon Creek from degradation and maintain its pristine status by having the PADEP designate the Creek as Exceptional Value (EV), the highest designation for streams in PA.

Tohickon Creek’s designation to Exceptional Value would protect all existing uses of the stream (i.e., by aquatic life and humans) and safeguard the quality of its water. The EV designation would not prohibit development but would require private developers and dischargers seeking to locate in the region to meet standards and use practices that prevent the degradation of waters and wetlands.

It’s commonsense to designate the Tohickon Creek as EV to protect this beloved stream and the surrounding areas from reckless development encouraged by poor environmental regulations.

Yet again, your ignorance is showing, Wendy. You really shouldn’t depend on the PovertyKeeper for your talking points. An EV designation kills all development requiring sewage treatment. One thing it doesn’t kill, though, is natural gas development. It is done successfully all over Pennsylvania in EV watersheds and is able to meet the very highest of requirements, which is why the DRBC position is the very highest pile of BS.

As your representative, I hope that you will join me in taking action to protect our Delaware River.

It’s hard to believe people fall for the sort of nonsense spouted by Ullman, isn’t it?