There is nothing new about the Green New Deal. It’s the same old failed idea with a new green patina intended to make it appear what hasn’t work still might.

Proponents of the Green New Deal would do themselves a favor by examining the actual energy policies of FDR—and their results. If they did, there would be perplexity, even embarrassment, about the New Deal itself.

Energy policy in the 1930s concerned a futile effort to make the oil and coal industries more profitable via federal control. It was about fossil-fuel executives setting “codes of fair competition” and a police state trying to enforce them. It also was about federal electrification policy stamping out the distributed wind industry. But most of all, the New Deal was about exacerbated, chronic unemployment.

In short, the Green New Deal has badly misbranded itself. 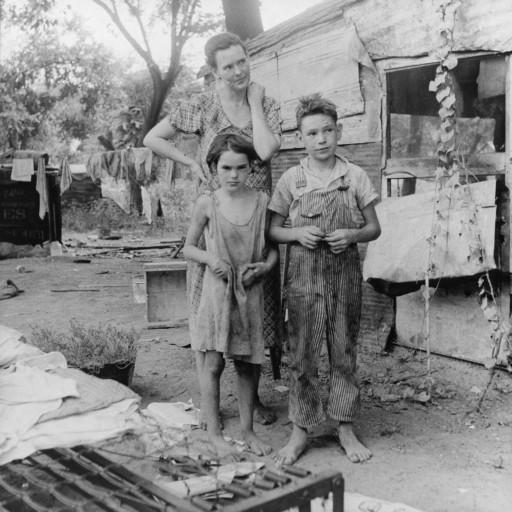 The real New Deal was a job sink, not a job creator. As documented by Robert Murphy, among many other economists, unprecedented government intervention in response to the fourth-quarter 1929 financial crash created record unemployment.

Pre-1929 unemployment of 3–4 percent worsened with Hoover’s interventionism and deteriorated further during FDR’s National Recovery Act, averaging more than 20 percent. Modest progress in the next years was reversed with 1938’s 19 percent. Many stocks and bonds in 1937/38 lost 40 percent of their value in the “depression within a Depression.”

The Hoover/FDR New Deal, in short, has nothing to offer an economy that is at virtually full employment—unless Green New Deal advocates are Machiavellian.

The results of the real New Deal were no better at the industry level. Oil and coal executives wasted an ocean of time haggling over federal controls on prices and output. With a philosophy that captains of industry could plan their industries, and thus promote wider recovery (FDR’s philosophy), cronyism was institutionalized.

The Oil Code and the Coal Code were two of many “codes of fair competition” for struggling industries. Each detracted from the adjustment process needed to remove excess capacity and rationalize output. The men and women of the Great Depression, consumers and taxpayers all, were forgotten. And for many workers, artificially high wage rates meant zero wages (unemployment) or reduced hours (underemployment).

There was an alphabet soup of federal bureaucracy. The National Industrial Recovery Act (NIRA) set up a Division of Investigation within the Department of Interior to try to enforce oil cutbacks. Under NIRA Administrator Hugh Johnson, Code Administrator Harold Ickes established the Petroleum Administra­tion Board (PAB), which “in functions and in struc­ture . . . greatly resembled the old Oil Division of the United States Fuel Adminis­tration in World War I.”

Under the PAB, a Planning and Coordination Committee established a network of local-level commit­tees staffed by oil execu­tives to apportion quotas to each producing state and deal with code violations.

Command-and-control regulation of prices and production had the predicable result of what economist Ludwig von Mises called planned chaos. Eyewitness economist Myron Watkins explained in reference to the Oil Code:

No matter how ela­borate may be the statistical technique employed, no matter how conscientious and fair-minded may be those who apply it, no mat­ter how zealous may be the endeavor to conceal its naked arbi­trariness by such descriptive terms as “scientific,” “legiti­mate,” or “equi­table,” there is no escape from arbitrariness in [federal] quota fixing.

The Coal Code proved to be “the most difficult problem to be faced by the NIRA,” according to historian James Johnson. The National Coal Association could not control its heterogeneous membership, and John Lewis’s United Mine Workers were militant. Martial law would be required to keep the peace, and the “political socialization of industry,” as one state’s coal operators described it, was futile in the face of high output supply and low demand.

Despite more than 400 prosecutions on more than 1,800 reported infractions in the oil industry alone, effective enforcement was never achieved. For every disputed violation there was a hundred more, and federal judges were as inclined to dismiss code violations as they were to side with the government. The problem of code enforcement was encapsulated by Warren Platt:

Unquestionably thousands of violations are being practiced everyday…. We have been waiting for almost a year now for the government to prosecute violators but the governmental mind is not made up yet, though a mess of cases has been sent out to federal district attorneys, who are having their troubles figuring out what it is all about. Even [if] the government moves quickly … [the cases] would only be a drop in the bucket…. Anyway, they do not look like real crimes … to the end that the public gets its oil and gasoline cheaper. It is going to be hard to excite a jury.

Gaming the federal rules became sport under politicized capitalism. Explained W. T. Holiday, the President of Ohio Standard: “There is a fundamental rule of statutory construction that if a statute in this way attempts to enumerate all the specific acts which constitute violation, then any acts which are omitted are not prohibited.”

Expect a Green New Deal aiming to outlaw fossil-fuel usage to be a police state too, with self-interested actions towards cheaper, more reliable energies thwarting the central planners from Washington, D.C.

The aggressive REA program pitted neighbor against neighbor and insisted that any farm or wind electric plant equipment was removed or made inoperative for bogus “safety” reasons. In the process, REA destroyed an entire industry of more than 170 primary manufacturers and several hundred secondary manufacturers, plus sales and service organizations, which operated successfully and even grow in a vibrant free market during the Great Depression. Along with the losses of tens of thousands of jobs, the small-town manufacturers and retailers disappeared and energy dollars flowed out of these towns to the electric power monopolies in the urban centers.

The American windmill industry continued to grow in the early twentieth century, until other sources of power invaded the prairies. In the 1920s, companies began to develop wind-powered electric generators. By the 1930s, the death knell was sounded for wind machines of both the water-pumping and the electric-generating variety [by] the Rural Electrification Administration (REA) [which] . . . provide[d] federally subsidized power to America’s farmers in regions remote from privately financed power plants.

As economist and classical-liberal historian Richard Ebeling concluded, the proposed Green New Deal would be a giant leap on the road to serfdom. It would create the distortions and conflicts that would engender more of the same. Its slow-motion attack on wealth creation to subsidize the inefficient and a growing class of cronies would spiral the United States toward a present-day Venezuela.

Indeed, the same intellectuals and politicians behind the Green New Deal are predisposed to a new social order that was supposed to come with Chavez/Maduro. “The larger lesson of Venezuela’s catastrophe should be learned,” wrote Bret Stephens in the New York Times. “Twenty years of socialism, cheered by Corbyn, Klein, Chomsky and Co., led to the ruin of a nation.”

A basic understanding of economics and history should lead to a rejection of both the actual New Deal and a prospective Green New Deal.

Editor’s Note: Robert Bradley couldn’t be more on the money. If you doubt that, read Amity Shlaes’ wonderful book, “The Forgotten Man.” The classic “Road to Serfdom” is also a must-read for anyone wanting to understand the Venezuela crisis or any number of other stupid government attempts to direct an economy. It’s more relevant today than ever.