Wind energy subsidies are financing green gangster projects intended to enrich the 0.1% at the expense of ratepayers and taxpayers.

A recent Joe Mahoney article, “NY looks to the wind to replace its fossil fuel diet,” was full of half-truths and misinformation.

There is nothing “free,” “clean” or “green” about industrial wind.  Quite the contrary: the true costs of industrial wind development are astronomical. Yet, the wishful thinking of Governor Andrew Cuomo, Attorney General Eric Schneiderman, “green” ideologues, and “renewable” energy hustlers and subsidy seekers who benefit from this massive taxpayer and ratepayer rip-off has been repeated by countless “journalists” without question for years now.

Mahoney’s article highlighted Cuomo’s approval of the proposed wind factory off Montauk, NY. It claimed: “The offshore ‘wind farm’ could be a symbol of how the state can meet Cuomo’s ambitious goal of getting half of New York’s energy from carbon-free sources by 2030.  Now those sources represent about 23 percent of the state’s energy draw.”

The statement is grossly misleading and inaccurate. 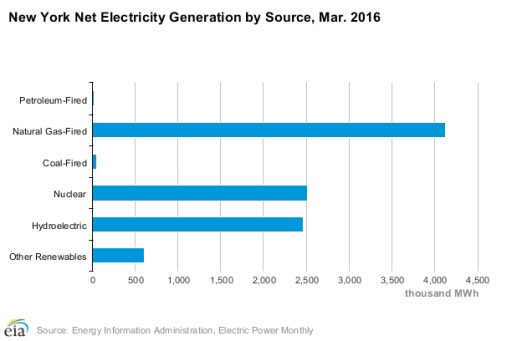 Most infuriating for New York State taxpayers and ratepayers is the fact that New York State was already getting approximately 50% of its electricity from emissions-free sources (19% from hydro + 29% from nuclear + 1% from “Other Renewables”) way back in 2000 – before Governor Cuomo & Co. began throwing billions of taxpayer and ratepayer dollars into the wind, plastering rural NY with these bird-slaughtering lemons, as reported by MasterResource.org.

As our government officials continue to throw billions of dollars into the wind, the key question that needs to be asked by everyone is this:

Where is the scientific proof that wind energy is a net societal benefit?

The answer is that there is no such scientific proof. Zero. Zip. Nada. None.

However, there is much proof that development of sprawling, unreliable, subsidized, mandated industrial wind factories has been vastly detrimental across the nation and the world. So much so that President Obama and his Fish & Wildlife Service had to approve 30-Year eagle-kill permits specifically to accommodate the bird-slaughtering wind industry – letting it off scot free for butchering our wildlife.

Governor Cuomo’s pie-in-the-sky ‘green’ energy policy is bereft of any realistic assessment of the expensive lessons already learned in Europe and elsewhere as a result of pushing these ‘renewable’ energy policies.

Results include, but are not limited to:  “skyrocketing” electricity rates, industries fleeing, 2 – 4 jobs lost for every ‘green’ job created, destroyed habitats and countryside, birds and bats slaughtered, lost property values, health issues, utter civil discord among people forced to live with these behemoths, and increasing numbers of people being thrust into ‘energy poverty.’

All this as a result of the same ‘green’ mess that Governor Cuomo, President Obama, Hillary Clinton and the Democratic Party continue to push.

While they demonize fossil fuel use and promise to rid us of this vital energy, the truth is that the availability of reliable, affordable power thanks to fossil fuels is directly correlated with greatly improved health and longevity here in the USA, as Alex Epstein explains in his book, The Moral Case for Fossil Fuels. 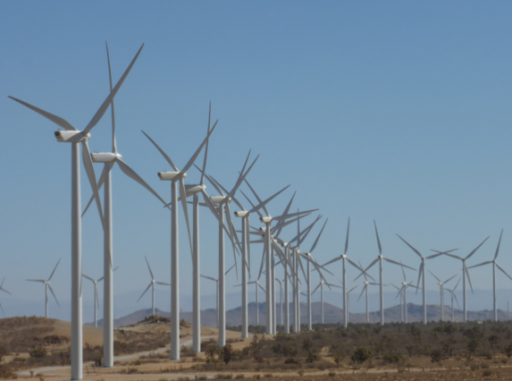 It’s all about the money!

WHY do they continue to push such an obvious failure as industrial wind, you ask?  Simple: “It’s all about the money!’

Manhattan Institute scholar Robert Bryce recently reported that the wind industry has garnered $176 BILLION of crony-capitalist cash here in the United States. It’s no wonder the American Wind Energy Association spends over $20 million per year lobbying for more of the same!

Big Wind and the Big Banks who back them are playing the system to tap into taxpayers’ and ratepayers’ wallets, while the crony-politicians who enable the whole dastardly deal get hefty ‘campaign donations’ in return. The greatest Ponzi schemes of all time pale in comparison to the eco-heist these Green Gangsters are pulling off.

Industrial wind was initiated in the United States by ENRON as a tax shelter generating scheme. Nothing about that has changed. Big Wind enriches the 0.1% at taxpayers’ and ratepayers’ expense.

Just ask Warren Buffett, who said: “We get tax credits if we build ‘wind farms.’ That’s the only reason to build them. They don’t make sense without the tax credits.”

Contact your Congressional Representatives. Tell them to stop wasting our money on the environmentally destructive consumer fraud that is industrial wind energy.  If they won’t, vote the bums out!

Mary Kay Barton is a retired health educator, Cornell-certified Master Gardener, and is a tireless advocate for scientifically sound, affordable, and reliable electricity for all Americans. She has served over the past decade in local Water Quality organizations and enjoys gardening and birding in her National Wildlife Federation “Backyard Wildlife Habitat.”

Editor’s Note: As I have stated before with respect to another Mary Kay Barton article and as a matter of disclosure, I’ve worked on wind projects. Mary Kay Barton’s views don’t necessarily reflect my own, but they provide important information too many renewables advocates are all too willing to ignore in their ideological pursuits. Moreover, the idea we subsidize wind at great expense should concern everyone. If wind energy is to succeed it should do so on its own and be subject to the same scrutiny as other energy sources. Barton’s essay provides much needed perspective in that regard. There are tradeoffs with respect to EVERY energy source. It’s also important to bear in mind all fossil fuels are not equal. Natural gas is the cleanest of all and is not only creating jobs, lowering energy prices and saving farms and open space; but also substantially reducing carbon emissions. We can’t begin to afford the amount of subsidies required to make the same difference with wind energy.

4 thoughts on “Green Gangsters Rip Us Off While Enriching Themselves”