The recent word of birds being fried in mid-air by solar energy facilities illustrates the troubling nature of green energy double standards.

Reading a recent news online an article entitled “Emerging Solar Plants Scorch Birds in Mid-air” that caught my eye reminded me, yet again, of the green energy double standards that seem to apply with so many renewables projects. I am fully in support of both renewables and natural gas development but have always argued that so called “green energy” has unintended consequences that are very commonly overlooked, while any theoretical impact from natural gas development is treated like word of a Martian invasion in War of the Worlds with nothing less than mass hysteria in some instances.  The article demonstrates there are environmental risks to solar power I bet you haven’t even thought about; risks that wouldn’t be tolerated but for green energy double standards.

Bryant La Tourette wrote about this recently here, but I’d like to expand on the subject a bit. According to the article, workers associated with BrightSource Energy located in California (Mojave Desert) call birds flying over the plant, “streamers” because, while in flight, they are actually igniting and falling from the air.  These birds are igniting because they are flying through the concentrated sun rays. 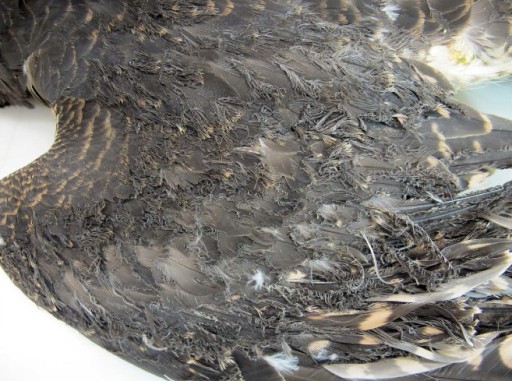 “The dorsal aspect of the wing from a Peregrine Falcon (the same bird as shown in Figure 4) with Grade 2 lesions. Note extensive curling of feathers without visible charring. This bird was found alive, unable to fly, emaciated and died shortly thereafter. These findings demonstrate fatal loss of function due to solar flux exposure in the absence of skin or other soft tissue burns.”

Based on the study conducted last year, an estimated one out of every two birds to fly through the area as they are migrating are killed due to these concentrated rays.  The totals add up quickly, according to the Center for Biological Diversity (see report photo along with explanation above). The Center, which is no friend of natural gas either, estimates a loss of 28,000 birds this year alone because of this avian death trap.

The numbers don’t discriminate based on the species of birds so everything from regular bird populations to our raptors.  Yes, eagles, hawks, and falcons alike.  How about the California condor, which was on the verge of extinction in 1987 and has now been brought back due to reintroduction?  How many species are we willing to eliminate to have energy which isn’t even economically efficient?

I don’t casually refer to it as a death trap.  The article goes on to say:

“Federal wildlife officials said Ivanpah might act as a ‘mega-trap’ for wildlife, with the bright light of the plant attracting insects, which in turn attract insect-eating birds that fly to their death in the intensely focused light rays.” 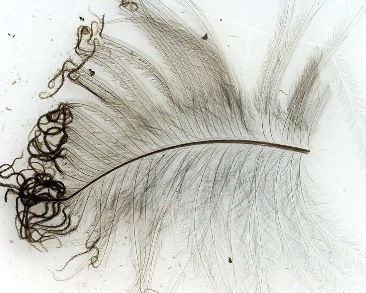 “Ivanpah officials dispute the source of the so-called streamers, saying at least some of the puffs of smoke mark insects and bits of airborne trash being ignited by the solar rays.

Wildlife officials who witnessed the phenomena say many of the clouds of smoke were too big to come from anything but a bird, and they add that they saw “birds entering the solar flux and igniting, consequently become a streamer.” …While biologists say there is no known feasible way to curb the number of birds killed, the companies behind the projects say they are hoping to find one — studying whether lights, sounds or some other technology would scare them away, said Joseph Desmond, senior vice president at BrightSource Energy.

And, they want to expand to boot!  If this is that dangerous to birds, shouldn’t there be a health impact study on all the dangers from all that irradiation or something? Why so little concern for wildlife in one instance and mass fractivist hysteria in the other? Everything proceeds as if none of this matters if the cause is renewables. Why all these green energy double standards?

“The commission’s staff estimates the proposed new tower would be almost four times as dangerous to birds as the Ivanpah plant. The agency is expected to decide this autumn on the proposal.”

Natural gas is an energy source that involves minimal land disturbance and actually supports wildlife propagation.  To sum it all up the article states:

“The bird kills mark the latest instance in which the quest for clean energy sometimes has inadvertent environmental harm. Solar farms have been criticized for their impacts on desert tortoises, and wind farms have killed birds, including numerous raptors.”

I’ve got to be honest and say I’m find it frustrating the natural gas industry is held to such a higher standard than any other industry.  Any remotely possible negative impact from natural gas development is treated like a Code Red security threat while the documented impacts of solar energy are given a shrug of the shoulders and an “..ehh.” That’s how green energy double standards work, I suppose, but it’s no way to do energy policy. I’m all for solar energy, but is it too much to ask we acknowledge the wildlife tradeoffs while we’re also subsidizing the heck out of it? I don’t think so.