It’s like the tree leaves just changed colors overnight. What was once lush and green is now thinner and a variety of colors across the Pennsylvania hillsides. Nowhere was this illustrated more clearly that at Mt. Pisgah in Bradford County on Wednesday as the state park hosted the tenth annual Green Career Day. 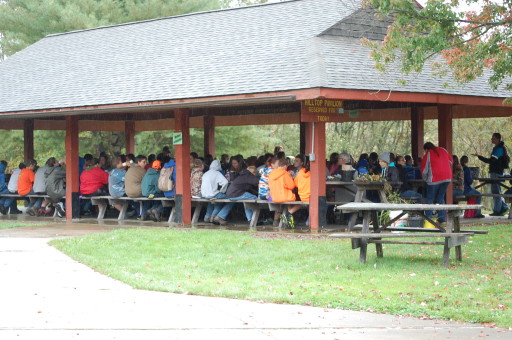 The event brings in eighth grade students from the counties of Bradford, Sullivan and Tioga and introduces them to outdoor career opportunities in Pennsylvania. This year, the career day attracted 140 students from 11 different school districts, including a homeschooled student, and featured 25 different careers, both of which is more than last year’s event.

“This event shows students what kind of outdoor jobs are out there,” District Manager of the Bradford County Conservation District Cathy Yeakel said. “It introduces them to careers like forestry, environmental science, geology and more, and gets them thinking about what they might want to do. It also gives them a hands-on opportunity to learn.” 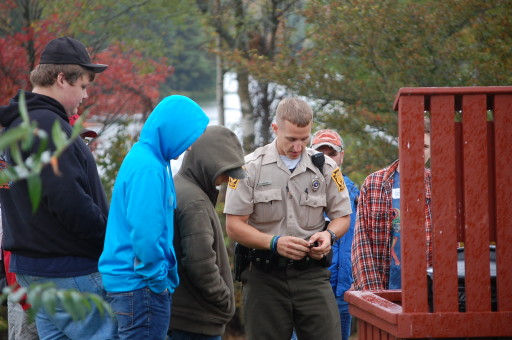 A conservation officer talks with students during a scene demonstration.

Sponsored by forestry organizations, conservation districts and several natural gas companies such as Chief Oil and Gas, Southwestern Energy and Talisman Energy, the career day was carried on despite the constant light rain, which Yeakel said actually enhanced the experience.

“It shows them what it’s like in the field; that they’ll be facing the elements,” she added.

“We have state and county organizations here, we have colleges presenting here today, forest rangers, private businesses, farmers – people skilled in their trades,” Mt. Pisgah’s Nicole Harris said. “It gets these kids thinking about their futures and gets them oriented on their career path as they enter high school.” 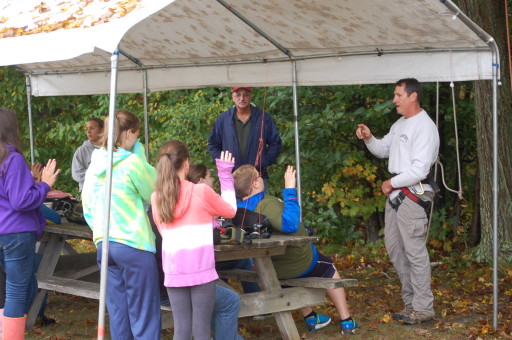 Arboriculture was one of the careers showcased at the event allowed students to demonstrate their tree-climbing skills.

Students were extremely engaged with the presenters in asking questions and partaking in the demonstrations that some of them offered, including tree-climbing and landscape design, as well as a scene simulation from conservation officers. 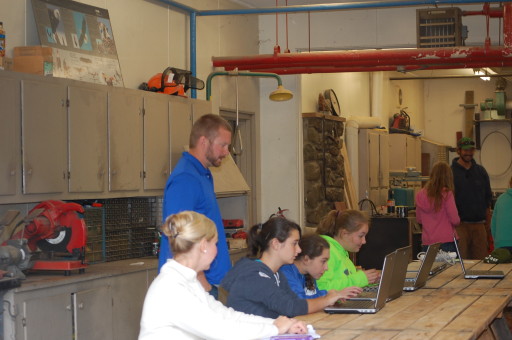 Landscaping design was another one of the careers students were shown during the career day.

“The presenters like interacting with the kids,” Harris said. “It gives them the chance to talk about what they do on a daily basis and why they enjoy it, and it connects the kids to the people that do these things every day.”

Chief’s Eric McClure was on hand again this year to discuss his job as an environmental specialist, which showed students how to “protect the local environment while helping gas companies comply with Pennsylvania’s laws.” The gas industry’s involvement with the program has been huge in helping it reach its ten year anniversary. 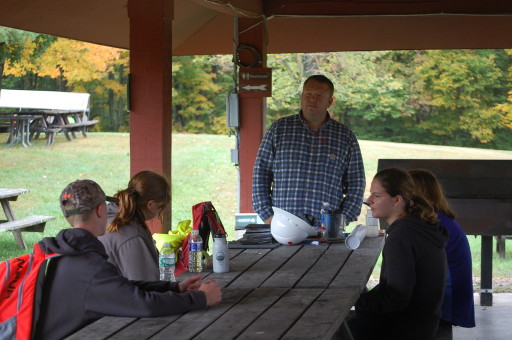 Chief Oil and Gas Environmental Specialist Eric McClure talked about his job with the gas industry and how he helps protect the environment.

“Different gas companies have significantly helped the program over recent years,” Chad Gadsby of the DCNR Bureau of Forestry said during last year’s career day. “In fact, we probably would not be able to fund this program without the contributions of the gas industry. They’ve been a very integral part of it and it also gives them the opportunity to be involved with the community and potentially future careers down the road.”