At a recent meeting I ran into Lois New who, before she retired, was the Director of the New York Department of Environmental Conservation’s Office of Climate Change.  I have known her for years and we worked together during RGGI stakeholder meetings. During our conversation she mentioned that her neighboring farmers were seeing the effects of climate change because they were having more trouble getting hay in before winter.  I said I thought it was more likely weather, she disagreed, and that ended the conversation.  This post looks at data to see if there is, in fact, a climatic trend for worse weather for haying. 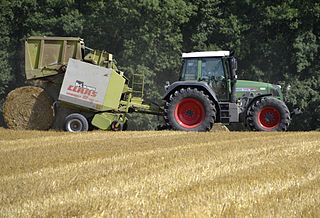 First, let’s define weather and climate.  According to the National Oceanic and Atmospheric Administration’s National Ocean Service “Weather reflects short-term conditions of the atmosphere while climate is the average daily weather for an extended period of time at a certain location.”  The referenced article goes on to explain “Climate is what you expect, weather is what you get.”

New York State policy is all in that there is an imminent and inevitable climate change catastrophe that can only be averted if we do something.  In this case New York’s version of doing something is the Climate Leadership and Community Protection Act (CLCPA) which was enacted last summer.  It is described as “the most ambitious and comprehensive climate and clean energy legislation in the country”.  When Governor Cuomo signed the bill he said:

“The environment and climate change are the most critically important policy priorities we face.  They literally will determine the future – or the lack thereof. Even in today’s chaos of political pandering and hyperbole there are still facts, data and evidence – and climate change is an undeniable scientific fact.”

In order to rationalize these statements Governor Cuomo has a long history of attributing any observed unusual or extreme weather to climate change’s effects being seen today.

Paul Homewood at the Not a Lot of People Know That web page authored a couple of recent articles slamming NY Governor Cuomo for a couple of examples. The first article points out that his statement that “we did not use to have hurricanes, we did not have super storms, we did not have tornadoes” is dead wrong.  The second article entitled “Cuomo’s Fake Claims About Extreme Rainfall” noted that Governor Cuomo implied in an MSNBC interview (referenced in the blog post) that extreme rainfall was getting much worse in NY State.  However, Homewood showed that “there is absolutely no evidence of that at all” at the long running Ithaca station or a New York City station.

As a member of the inner climate circle around Governor Cuomo, Ms. New must have been a part of the public relations campaign justifying the CLCPA.  Her claim that farmers cannot complete harvesting hay because of climate change is entirely consistent.  This post will look at the facts, data, and evidence that there is a climate effect on haying.   Homewood referenced a link to precipitation data at http://climod2.nrcc.cornell.edu/ which is what I needed to do this analysis.

According to Mother Earth News in a Guide to Growing, Harvesting and Baling Hay “there are three steps involved in turning a green crop into what can rightfully be called hay:

For our purposes the key is that freshly cut hay has to be dried because if hay is tied into tight bales when it still contains moisture it will go through a curing process that creates heat which can lead to self-combustion.  Therefore, farmers do not want to bale their cut crop until the moisture is less than 20%.  To do that the cut grass is allowed to dry for up to several days, then raked into rows and allowed to dry out most of the moisture.  Once dry then the hay can be baled.

I assumed that in order to harvest hay that the farmer would need to have at least four days when there was no precipitation greater than 0.05”.  Whenever that threshold was reached or exceeded the Harvest-Day parameter was set to one.  The total number of days that met this criterion in each month was summed along with the number of growing degree days per month for the growing season that I set as May through October.

I did a simple analysis of the two data sets.  I calculated the growing degrees and number of harvest days for each month in the growing season that I defined as May 1 to October 31.  I summed these values for the whole growing season.  I also summed values for the fall hay harvest season that I defined as August and September.  I fit a linear regression model to describe the relationship between growing degree days and hay harvest days by year for the whole growing season and just August and September.

I use Statgraphics Centurion software from StatPoint Technologies, Inc. to do my statistical analyses because it enables the user to choose the best relationship from 27 different linear regression equations.  I determine which linear regression model provides the best fit and then use that model to describe the data. If the calculated probability value (P-value) is less than 0.05, there is a statistically significant relationship at the 95.0% confidence level and I defined the test result as significant. In addition, I calculated simple statistics to describe the two data sets. 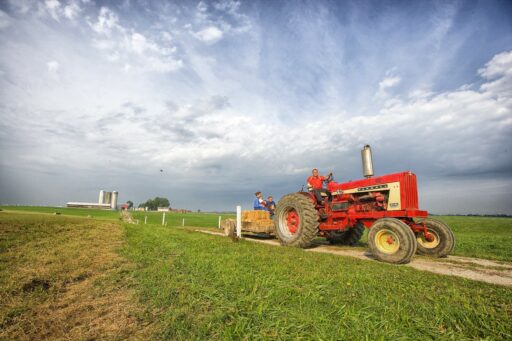 The purpose of this analysis is to evaluate the claim that farmers are having more trouble getting their hay harvested because of climate change.  If that were in fact the case then we would primarily expect to see a trend in decreasing hay harvest days and to a lesser extent a decrease in the number of growing degree days.  The linear regression statistical results for two sites over the entire growing season and August and September were evaluated.  Overall eight tests were done with the following results:

Significant reduction in growing degree days over the growing season

Significant reduction in growing degree days in August and September

I believe that one way to check climate change claim effects is to check the 30-year average from the beginning of the period of record with the 30-year average at the end of the period of record.  I also believe that there are multi-year weather cycles of differing lengths and if that is the case then arbitrarily picking these two periods may not be representative.  Therefore, consider this comparison with caution. At Mohonk House the growing season hay harvesting days decreased by two days but the August and September days increase by three days.  The Ithaca growing season hay harvesting days decrease by five days but the August and September days stayed the same. 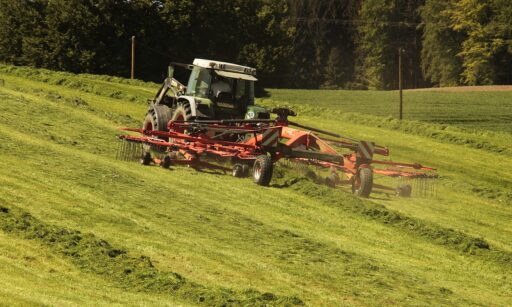 So why is there an impression that hay harvesting is getting worse?  A quick review of the last 30 years of data indicates to me that this impression is consistent with weather variations.  At Mohonk House in 2014 and 2015 there were a couple of years that were great for hay harvesting with half the days (31) in August and September suitable.

Jump forward to the last two years and there were only 11 and 12 days suitable.  In that short time frame of reference an alarming trend is evident.  However, also recall that the average number of hay harvesting days is 18 and with a standard deviation of 8.  So even though  2018 and 2019 data suggest there may be a problem, the data are within one standard deviation of the mean which means that they are well within natural variation observed since 1896. 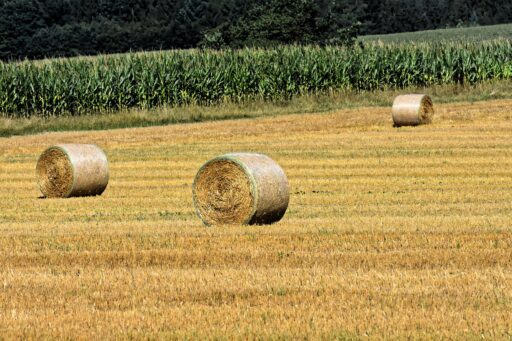 The points that I want readers to remember are that climate numerical analysis results are likely ambiguous, picking a climatic trend out of weather records is not simple, and, most importantly, any statistically significant trends are likely smaller than the observed inter-annual variation.   As a result, anecdotal claims of observed changes of weather parameters due to climate change are likely biased and unsubstantiated.

This data analysis shows ambiguous results.  It suggests that there is conflicting support for a climate-change induced problem with hay harvesting in August and September.  Mohonk House data indicate a statistically significant trend in more days suitable for harvesting hay whereas Ithaca data indicate a trend towards less days suitable for harvesting hay but the trend is insignificant.  At both stations there is a negative statistically significant trend in the number of growing degree days.  Depending upon your intent, statistics can “prove” an argument that there is a problem or there isn’t a problem.

In order to do a comprehensive analysis to settle the question would take a lot of work.  Before doing any more analysis work, the evaluation data used should be confirmed as appropriate.  In order to represent the New York region adequately, stations across New York and the region would all have to be analyzed similarly.  It might also be appropriate to look at each month when haying is done.

I think the comparison of possible trends against inter-annual variation is illuminating.  If there is a climate change signal the difference between the first thirty years of the records with the last thirty years should show changes.  What differences that do exist are smaller than the observed variations.  All changes are less than one standard deviation from the mean.  I believe that this is a consistent problem for lines of the so-called evidence for climate change impacts observed in New York.

I also think that similar analyses of other claims would provide similar results. Governor Cuomo has  claimed “Even in today’s chaos of political pandering and hyperbole there are still facts, data and evidence – and climate change is an undeniable scientific fact” and his tendency to blame any unusual weather on climate change are not supported by this analysis.  In my opinion, careful evaluation of data and evidence for most of his claims would find similarly ambiguous and less certain results.

5 thoughts on “Governor Cuomo and His Stormy Weather Hayride”