Nick Grealy, ever the realist, bares all in talking of his battles, with a confident optimism in the triumph of good energy news over convention wisdom.

I have been so blessed in so many ways. Life is too short to be wasted on regret, but as Francis Albert Sinatra sang, I’ve had a few of those, and as I start thinking about my legacy, I’ll inevitably address the negative side of that over the next few weeks. I intend to do that filtered via a collaborator who hopefully will curb my worst impulses.

I also hope to use an academic platform and other associates to set out the case, so sadly lacking amongst the “conventional” wisdom of world gas thinking, on the other side of the bet that for some weird reason, UK and European shale will never happen. What if the conventional wisdom is wrong? To me, the story of shale has consistently been to prove almost everyone wrong. But the UK and Europe CW, for complex reasons, still insists that what was correct in 2010 still applies today. That’s quite clearly wrong. Perhaps 2018 will prove the CW wrong in Europe. Apart from anything else, this is a case for  risk mitigation, a key part of due diligence that for mysterious reasons, barely exists.  We’ll see. Or, you will at least. 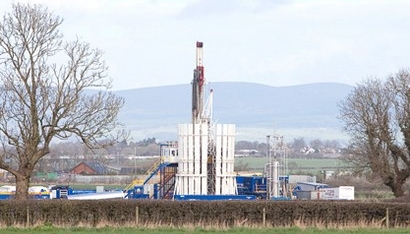 Science works, but science sometimes fails, too. I’ve said from the early days here, way back in 2008, that something wonderful is happening, and with a few hiccups, many of the predictions have come to pass. Gas can replace coal globally. That alone would be marvellous. If we include the surge in renewables, batteries, the death of peak demand, and so on, this is unalloyed good news.

But, too often, at various times, everyone felt threatened: Russia. OPEC. LNG. Efficiency, coal, nuclear, Norway, UK offshore, and so many others not so much don’t want to contemplate the many implications of abundant, if imperfect, natural gas, they fear it. This transition will be fought by the big money, but the good news of energy collaboration, not competition, will ultimately come to pass.

The transition is coming and coming sooner than thought. Sadly, from my own petty tragedies, I can confidently predict that I won’t be around to say anything except “I told you so” from the grave. I will be somewhat reflective over the coming months or even weeks.  I’ve been the worst sort of pain in the ass over the past ten years here: I’ve also mostly been right. Why stop the habit of a lifetime now?

Travelling downwards, discovered in early August, I have brain, lung and pancreatic cancer. The latter took over 8 years to kill Steve Jobs off, but the doctors aren’t worried about that. The other two mean at best months over weeks, and even the chance of not surviving 2017 can’t be entirely discounted. I’m in the hands of molecular forces over which I have absolutely no influence. As are we alI. I can be careful, and I intend to change the habits of a lifetime and err on the side of caution by withdrawing from the outside world at least two weeks a month as the chemo stage progresses. I’ve got a lot of books, and a lot of DVD’s I was saving for retirement anyway. I may bore you with them from time to time. 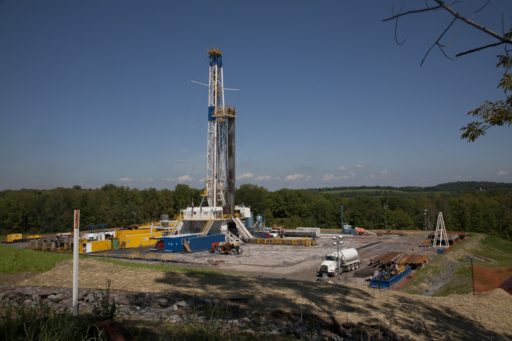 As in so much else, magical thinking alone won’t help. I like the hybrid solution of prayers and science and resignation. It’s best to go out with as little regret as possible. But I’d be betraying so much, and so many wonderful people I’ve had the great good luck to meet, to have a deathbed conversion to the other side. I’m also worried that the brain cancer may prevent me being physically lucid and will shut me up where so many others have failed.

Comparisons are meaningless. Dying is a boring business, and I hope to avoid declining into the maudlin without pointing out the obvious – there are so many far less fortunate than I. Since my diagnosis, a first -and negative- emotion was why me? I discovered – and have cast aside – an unhealthy resentment of those older than me. Why them? And, then, I saw other cancer victims, younger, overwhelmingly female and leaving children behind.

My kids (18 and 21) are in a much better position than many. They’re a fabulous advertisement for what my son calls “laissez faire” free range parenting. I’ve spent a lot of money at times on experiences for them, but never for the alleged benefits of private education. The only advice I’ve ever given them is to appreciate how the lottery of life gave them them the great good luck to be born as native English speaking Londoners – don’t blow it. They haven’t.

I am especially thankful for two advantages that will extend my life by months. My wife, apart from so much else, is a 41 year NHS nursing veteran. At one point this week, I took 32 separate pills and three injections. That alone would be a daunting task for those older and even more addled than myself. I also have Europe’s leading cancer hospital The Royal Marsden literally on my doorstep via a satellite unit. For US readers, imagine living three blocks from the Mayo Clinic – with an unlimited line of credit where money is the only thing never mentioned. 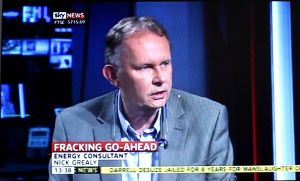 No Hot Air has always had a unique business model: consistently right, unable to make any money from it. That isn’t entirely accurate. Back in the days of $100 oil, when money flowed like oil, I made what by my standards was a good living. Since then, like so many others in our wonderful industry, I’ve been the victim of the same low energy prices I predicted.

I would be remiss to my family to not draw your attention to the donation buttons to your left. I never made much money out of them. If multiple media outlets world-wide haven’t found the secret sauce of making money on line, why would I? I never expected to be able to do so. “Tip Jars” have the whiff of the Y2K era and about as relevant, but I’m happy to be proved wrong.

Life is too short – to worry about money and so many other things – and as I noted, thanks to the NHS, any donation has absolutely no impact one way or the the other on extending my life or not. Nevertheless some money would allow me to reupholster some of the deckchairs on the Titanic and avoid some hasty decisions that will affect my estate such as it is. But even there, simply having equity in a London home gives me options that are and will remain, a blessing out of reach for many far less fortunate than I. No orphans will end up on the street, but life is too short to worry about petty diversions like the gas bill at the best of times.

So give, if you can, what you can. Some people can’t afford five bucks.  Others spend days signing off invoices for five grand. Each is good. If need be, do contact me at guru@nohotair.co.uk and we can arrange a more commercial arrangement. It won’t be long term commitment unfortunately.

My attitude has always been if you want to support the work done here, that’s fine. If you don’t, that’s fine too. I can’t really complain personally that my independence has come at a cost but it’s not a good feeling to leave others in the lurch, no matter how they might joyfully embrace the bailiffs to get a few more years of me.

One final point. It shouldn’t come as any surprise, being educated in Ireland until 13, that I prove the old adage that one can never cast at least some faith aside. That was an all boy school by the way. I moved to New York that year, met Jewish girls and the rest was a crazy wonderful history which warped me for me for ever, mostly in a good way.

What has struck me recently is how I’ve been told I’m in the prayers of some people who I would usually consider to be the least spiritual, even if  my own godless family of unbelievers are as consistent as ever in that regard. God bless them.

Prayers are good. So too are good vibes, good thoughts, candles, incantations, prayer flags, magic spells and mitzvahs. I’m not sniffy. All contributions gratefully accepted.  But there will be no miracles. Or, perhaps not. Shale gas was impossible ten years ago too. I’m a subscriber to the Tony Montana theory: Every day above ground is a good day. Don’t ever forget it.