The New York State Court of Appeals decision has been portrayed as David beats Goliath, but that only works if you don’t know the real Goliath.

The antis lawyered their way to victory, overcoming the clear intent of a law that separated home rule from oil and gas operations in exchange for direct local tax revenue. That was the deal — revenues from oil and gas operations went straight to local governments without getting sucked dry in Albany. The deal held for 30 years without complaint. The lawyering included the nifty trick of changing the meaning of the word “all” so it didn’t mean “all” and equating gravel mining to oil and gas drilling. It worked. Towns now have the right to ban oil and gas drilling.

However, courtroom observation and a close reading of the decisions indicate that the real credit should be given to the combination of street activism, press bias, and money from the interlocking network of environmental organizations, foundations, and funded academics that demonized fracking. That bias bled through. Several judges openly recited the anti narrative in their questions. It was always a subtext in their decisions. 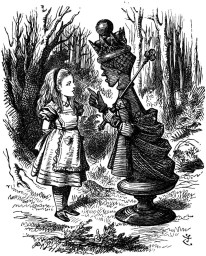 Each trial was something like the Red Queen in Alice in Wonderland — Verdict first! Trial later! Even before they swept through the doors in their black robes, their minds were made up.

OK, the courts have decided. The law is changed and the fracking foes are rejoicing, as reported. The part of the headline that put burrs in my shorts was the implication that the antis are brave Davids against mighty Goliaths. The only Goliath on the industry/landowner side in the Middlefield/Dryden case took giant steps out of New York three years ago.

Money never sleeps. When Anschutz perceived an indefinite moratorium and a questionable legal outcome, it moved its money elsewhere. Anyplace but New York. All that was left to continue the case were landowners and creditors of a small, bankrupt gas company. Hardly Goliaths. 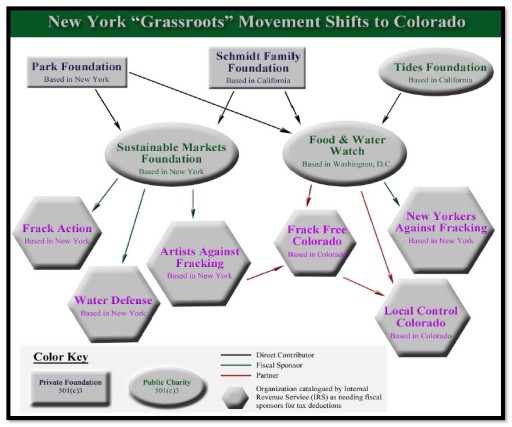 Money never sleeps on the anti side either. The moneymen who made huge financial bets on renewable energy, are hedged with direct and indirect subsidies, tax breaks, consumer rebates and useage mandates. (That’s YOUR money, by the way, those of you who pay taxes.) These crony capitalists have a lot to lose if they have to compete with abundant, cheap, domestic natural gas.

To protect their money they must demonize fracking. They do this through foundations that support their aims (Schmidt Family, Packard, Park, Rockefeller Family, William Penn Foundation, New York Community Trust) and a serpentine labyrinth of smaller money outlets (Sierra Club, NRDC, Sustainable Markets, Environment America, EarthJustice et al) who in turn fund other outlets. Trace that original contribution and that’s where you’ll find your Goliath. 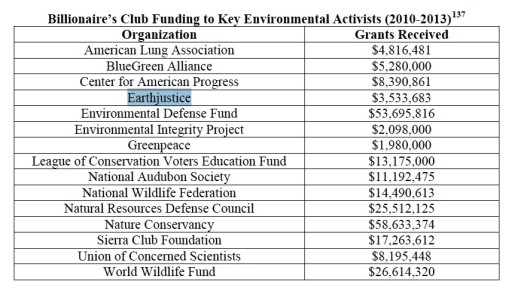 The anti-fracking crowd as Davids — gimme a break! EarthJustice has a glassed-in, spotlighted billboard in the concourse of Newark Airport. Dairy farmer Jennifer Huntington doesn’t.

Editor’s Note: Dick’s wise words notwithstanding, this isn’t the end of the home rule battle in New York or elsewhere and fractivists will be well advised to remember “no victory is forever, no defeat is fatal.” The Court of Appeals made a political decision, as Dick has articulated, and that means it may well go the other way at some point, just like many other court decisions over the years. The recent overturning of the Longmont, Colorado fracking ban demonstrates the issue is far from being resolved on a national level.

Moreover, if New York’s next governor decides to go ahead with natural gas development he can effectively render the decision meaningless by convincing the legislature to do a fix or adopting regulations that do a work-around by reinforcing the decisions of those communities who opt into development, which is virtually all of them in the areas with viable Marcellus Shale.

Finally, there is more than one way for landowners to recover the value in their mineral rights. All it will take is one court in any state to find there was a taking of those rights to change everything. Jennifer Huntington has options, too, even though she is outside what is considered the best Marcellus Shale region. She could, for example, pursue her rights under Section 305-A of the New York State Agriculture and Markets Law, which says “local governments…shall not unreasonably restrict or regulate farm operations within agricultural districts.” 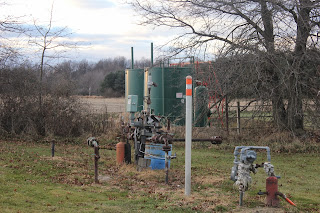 Sound far-fetched? Not at all. Jennifer proposed a gas well to serve her farm. There was not going to be any high volume hydraulic fracturing involved and Section 305 of the law already says “land within an agricultural district and eligible for an agricultural assessment shall not be considered to have been converted to a use other than for agricultural production solely due to the conveyance of oil, gas or wind rights associated with that land.” Her project, therefore, was arguably a sound agricultural practice and, by the stroke of a pen, the Commissioner of Agriculture and Markets could wipe out Middlefield’s law as it applied to farming, assuming the governor approved. Could happen. Hat tip. K. Williams.

3 thoughts on “When Goliath Masquerades as David”