Climate scientist Judith Curry lays out the fear, foolishness and frauds involved with the global warming debate today and a reader dispenses some facts.

No one who reads this blog regularly doesn’t understand our position on global warming; that natural gas is the solution, not the problem, with respect to any issue that does exist. I have been increasingly disturbed, though, by how the debate is evolving among those who believe global warming is a threat. That they want to simply shut down any speech contrary to their own views, rather than debate, has been long apparent.

But, now things are going fro bad to worse with increasingly shrill and ever more ridiculous warnings of impending disaster despite a long string of similar cries of wolf that didn’t materialize. We’re also seeing violence being proposed as the answer by global warmists when the rest of us just won’t go along. Well, I’m tired of it. Call me a denier, a skeptic or a danger to the planet; I really don’t care. We’re never going to resolve anything unless these global warmists are called out as charlatans. And, Judith Curry has, effectively, just done that. 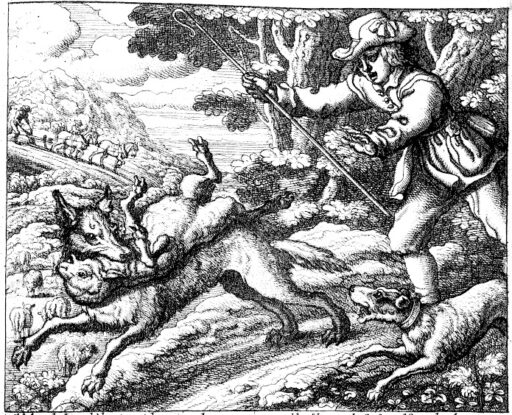 The Boy Who Cried Wolf

Judith Curry is a renowned climate scientist. She believes there is man-made global warming. Unlike me, who refuses to use the euphemism for global warming, she talks “climate change.”  She’s just not on board with the craziness or the attempts by politicians and economic special interests to impose their views and will without a discussion of facts. She just posted some of her views in reaction to a UN Climate Change Conference in Madrid and they bring much clarity to issue:

For the past three decades, the climate policy ‘cart’ has been way out in front of the scientific ‘horse’. The 1992 Climate Change treaty was signed by 190 countries before the balance of scientific evidence suggested even a discernible observed human influence on global climate.

The 1997 Kyoto Protocol was implemented before we had any confidence that most of the recent warming was caused by humans. There has been tremendous political pressure on the scientists to present findings that would support these treaties, which has resulted in a drive to manufacture a scientific consensus on the dangers of manmade climate change. 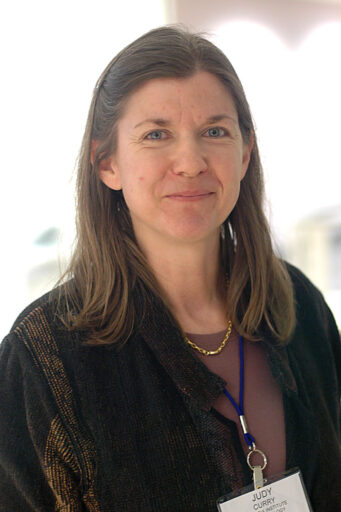 Fossil fuel emissions as the climate ‘control knob’ is a simple and seductive idea. However this is a misleading oversimplification, since climate can shift naturally in unexpected ways. Apart from uncertainties in future emissions, we are still facing a factor of 3 or more uncertainty in the sensitivity of the Earth’s temperature to increasing carbon dioxide in the atmosphere…

We still don’t have a realistic assessment of how a warmer climate will impact us and whether it is ‘dangerous.’ We don’t have a good understanding of how warming will influence extreme weather events… Local sea level rise has many causes, and is dominated by sinking from land use in many of the most vulnerable locations… Predictions of 21st century climate change are characterized by deep uncertainty.

Nevertheless, activist scientists and the media seize upon each extreme weather event as having the fingerprints of manmade climate change — ignoring the analyses of more sober scientists showing periods of even more extreme weather in the first half of the 20th century, when fossil fuel emissions were much smaller.

Alarming press releases are issued about each new climate model prediction of future catastrophes from famine, mass migrations, catastrophic fires, etc. Yet, these press releases don’t mention that these predicted catastrophes are associated with highly implausible assumptions about how much we might actually emit over the course of the 21st century…

We have been told that climate change is an ‘existential crisis.’ However, based upon our current assessment of the science, the climate threat is not an existential one, even in its most alarming hypothetical incarnations. However, the perception of manmade climate change as a near-term apocalypse and has narrowed the policy options that we’re willing to consider…

The extreme rhetoric of the Extinction Rebellion and other activists is making political agreement on climate change policies more difficult.  Exaggerating the dangers beyond credibility makes it difficult to take climate change seriously. The monomaniacal focus on elimination of fossil fuel emissions distracts our attention from the primary causes of many of our problems and effective solutions.

I agree with everything Curry expresses above regarding global warming, but one of her readers, Richard Greene, felt she wasn’t being forthright enough and proceeded to offer this:

We have 325 years of experience with global warming, since the 1690s. of roughly +2 degrees C.

We have over 100 years experience adding CO2 to the atmosphere.

Why not discuss what actually happened, concerning past global warming, which is real, rather than speculating about what might happen in the future, which is a leftist fantasy?

There is no real science to support anything more than a prediction of mild global warming in the future — totally harmless, at worst, and beneficial at best (‘greening’ the planet’).

In fact, the climate now is the best it has been for humans and outdoors animals since the Holocene Optimum, that ended roughly 5,000 years ago.

That’s right — the climate on this planet does not get much better than this for humans — a degree or two C. warmer would be even better, and hopefully we will be there in 100 or 200 years.

The next major climate change — one that matters — is likely to be the end of the Holocene interglacial. Then people can look forward to 80,000 to 90,000 years of increasingly cold climate. The “global warming years” will be seen as the “good old days”.

A crisis that never shows up.

The warming of our planet has been mild and mainly affected high northern latitudes, mainly during the coldest six months of the year, and mainly at night.

Where is the “existential crisis” from Alaska being warmer than it used to be?

Who has been hurt by the past 325 years of global warming?

Has any prediction of doom from alarmists ever been right, since the DDT scare in the early 1960’s.

Mr. Greene’s views are very close to my own, but I don’t fault Curry. She’s writing for a different audience, no doubt desirous of getting a few of her colleagues who agree with her but are fearful of the global warming establishment to consider the harm being done by their silence.

There’s a place for both Curry and Greene in the discussion, just as there should be is a place for all those who have facts to offer. That the establishment wants to shut down, imprison or line all of us “up against the wall” informs us it has lost all credibility with serious people. The future belongs to those interested in facts because the emotion behind all the fear, foolishness and frauds emblematic of the global warming political cause today is exhausting itself.