Gentry class elites who finance fractivism are dismissive of rural areas and their economic needs, preferring they simply empty out and become wildernesses.

A very perceptive article in Forbes the other day by James Taylor, President of the Spark of Freedom Foundation really hit home with me. Entitled “Anti-Fracking Elitists: Rural America Should Remain Economically Stagnant,” it captured the essence of what’s happening as elitists from a few wealthy families on the coasts attempt to control the future of a rural America in-between. These are the families who fund fractivist causes and, while they claim to love rural America, they couldn’t care less about rural Americans. They’d prefer, in fact, we just leave or drop dead, rhetorically speaking. 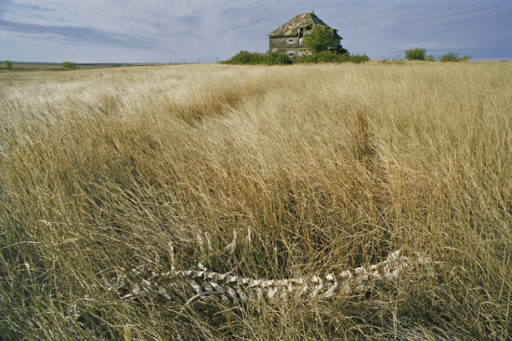 Taylor’s article is well worth reading in its entirety, but a few excerpts will serve to illustrate the main point:

Anti-fracking activists are resorting to a curious line of argument in their zeal to ban natural resource recovery through hydraulic fracturing: that rural communities are better off with economic stagnation than the ‘harms’ of abundant jobs and a vibrant economy.

Despite North Dakotans showing through their votes that they are ecstatic with the benefits of fracking, the San Francisco-based Sierra Club and the anti-fracking left engage in twisted pretzel logic attempting to spin the fracking economy as a nightmare. According to CNBC, all the high-paying jobs and dramatic rise in living standards means North Dakotans are being “crushed by truck traffic, plagued by lagging infrastructure, and shocked by a surge in violent crimes.”

…Despite proof positive in North Dakota and other states that communities appreciate the benefits of fracking wealth and economic opportunity, the Sierra Club is not alone claiming a vibrant economy and rising living standards are bad for rural America. In a paper attempting to justify the ban on frackingin New York State, New York State Department of Health Commissioner Howard Zucker – a Bronx native – argues “community impacts” are a factor justifying the ban. Zucker defines these impacts as “increased vehicle traffic, road damage, noise, odor complaints, increased demand for housing and medical care, and stress.”

What accounts for this strange attitude that rural America is better off without the growth challenges of the dynamic urban areas where the gentry class itself lives? Why do they suppose Manhattan is a better place to live, with all the air pollution, the traffic, the housing shortages, the noise, the odors and the stress that accompany that choice of residence? We know the answers, of course. They’re perfectly happy, themselves, to live with those challenges for a variety of reasons having to do with lifestyles, networking and economic opportunity. Traffic and noise are simply among the prices paid for all that. They doth protest too much when they say we shouldn’t have to pay such prices. What they want is rural America for themselves.

An economically declining North Dakota was never a problem for someone residing in The Dakota apartments in Manhattan. They liked to imagine the Bakken as “belly-high grass over millions of acres” with no people, not a productive area at full employment where young kids without college degrees can make $100,000 per year, as they’ve done, not only in the Bakken, but also the Marcellus, the Utica and everywhere else there’s fracking. They’re all about making wildernesses, not opportunity. Economic opportunity for us, in fact, is an impediment to their prairie grass and forest visions of where we must make a living. They prefer “emptied prairies” and undisturbed forests. That’s what makes them elitists and, as elitists. They’d sooner we leave and our economies drop dead to realize their dreams of two urban coasts with wilderness between.

This is the reason for the condescending, patronizing attitude reflected in the comments of the Sierra Club and the clueless, childless Howard Zucker who say they know what’s best for our children. They serve at the pleasure of the NRDC gang and like-minded elites who fund and control them; elites who want our land for themselves so they can have a respite from the stresses of living where they do.