A wave of green scum has smothered communities on the left coast and the air-deprived brains of those who remain have led them to ban gas appliances.

When Berkeley, California last year became the first U.S. city to ban the installation of natural gas lines to new homes, Mayor Jesse Arreguín proudly stated, “We are committed to the Paris Agreement and must take immediate action in order to reach our climate action goals. It’s not radical. It’s necessary.” 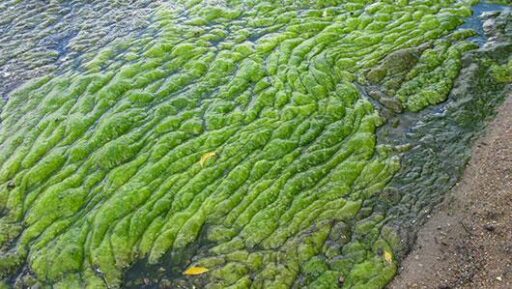 The wave of green scum that suffocated the left coast?

Phasing out natural gas-fired electric power generation by 2030 is bedrock dogma in the Green New Deal. In fact, it’s become an unholy crusade. So it should be no surprise that climate alarmists would jump at the chance to ban new natural gas lines. Many other cities in California have already followed Berkeley’s lead, as has Bellingham, Washington. More gas bans are in the offing nationwide.  Connecticut lawmakers actually want a law that would pressure insurers to stop insuring homes that have gas appliances or heating systems!!

But Takoma Park, Maryland, which proudly bills itself as “the Berkeley of the East,” wants to go even further. City officials have proposed to ban “all gas appliances, close fossil fuel pipelines, and move gasoline stations that do not convert to electric charging stations outside city limits by 2045.” The Takoma Park proposal also mandates all-LED lighting by 2022 for all buildings, including single-family homes. Composting would also become mandatory.

For hardliners whose only focus is ridding the world of carbon (dioxide), the moves are obvious and necessary. With wind and solar prices dropping, they argue, natural gas is no longer needed as a “bridge fuel.” They envision an all-electric future, magically, right away, co-friendly, sustainable. Or not.

The price claim is nonsense. It’s based on comparing operating costs for wind and solar installations. It deliberately ignores the far larger capital investment and environmental costs: building thousands of wind turbines and millions of solar panels, hauling and installing them across millions of acres, connecting them to the grid, backing them up with batteries or pumped storage (or coal or gas power plants), replacing them far sooner and more often that we’d have to replace coal, gas or nuclear plants, and disposing of broken and worn out panels, blades and other parts that cannot be burned or recycled.

The phony price parity claim also ignores the massive amounts of overseas mining for metals and other materials, which are needed in far greater amounts per megawatt for wind, solar and battery power than for stand-alone gas, coal or nuclear plants. And that mining is done under horrific conditions, with little attention to air and water pollution, workplace health and safety, fair wages, or rampant child labor.

That’s reason enough to rise up in anger. But natural gas companies, gas appliance manufacturers, restaurants and ordinary citizens have additional reasons for not taking these radical demands lying down.

If implemented , the Takoma Park proposal would force those with gas stoves, hot water heaters, clothes dryers, furnaces, outdoor grills and propane heaters (for outdoor winter dining venues) to replace them with electric units. That could double electricity demand – and turbine and panel numbers and impacts.

Homeowners, landlords and businesses that currently rely on natural gas would have to upgrade their electrical systems to handle the additional load from going all-electric. Estimates run s high as $25,000 per resident (not household) to make the switch.

Last November The California Restaurant Association filed a lawsuit in U.S. District Court, claiming that Berkeley’s action violates “long-established state and federal law.” The CRA further claims the action is invalid and unenforceable under the federal Energy Policy and Conservation Act and under California’s Energy Code and Building Standards Code, and that it is an unlawful to use police powers to amend state building codes.

A CRA press release further explained that the natural gas ban would force higher energy costs on businesses and consumers alike and, wurst of all, “effectively prohibit the preparation” of flame-seared meats, sausages and charred vegetables, and the use of intense heat from a flame under a wok (the essence of Chinese cooking). Top chef Robert W. Phillips explains: “An overwhelming majority of chefs and cooks are trained using natural gas stoves, with pots and pans over a flame produced by natural gas.”

SoCalGas, whose service area covers half the state, is also a strong opponent of building electrification.

Alarm over this fast-spreading virtue signaling has spread to Washington and Oregon, where the Seattle Times says gas companies are forming a coalition of unions, businesses and consumer groups to tout the benefits of natural gas and help “prevent or defeat” initiatives that would inhibit or prohibit its use.

Comparisons between electric and gas appliances show that gas appliances often cost more up front (especially if you have to run a gas line) but save money while in use. More important in many parts of the country is the fact that gas stoves can operate even when the electricity goes out – and a small generator will allow gas furnaces to continue operating during power outages. (Prolonged outages have become frequent in California of late, due to efforts to reduce catastrophic wildfires associated with power lines but caused by the state’s failure or refusal to thin and manage brush, grass and trees.)

Until now, people have been able to choose between electric and gas. One energy choice service notes that gas water heaters typically cost about $30 a month, while electric heaters cost $42 on average. Gas units also heat water more rapidly and provide hot water during power outages.

Gas dryers average about 8 cents less per load to run than electric units, partly because they heat up instantly, whereas electric units use a coil that can make loads take twice as long to dry. Electric dryers can also be harder on clothes because of their longer drying times. Electric dryers do not require a gas line, can be installed wherever there is a 220-volt power outlet, and do not require vents for carbon monoxide.  On the other hand, an improperly grounded electric dryer can be dangerous.

Gas stoves provide instant heat for top burners, but gas ovens heat up more slowly, according to TopTenReviews. Gas stoves may be harder to clean, and there is a risk of fire from the open flame.  Both gas and electric stovetop burners remain hot long after the knob is turned off.  Most importantly, gas stoves are cheaper to operate, because gas prices have fallen some 85% since their historic high in 2006.

In sum, both gas and electric appliances have their pluses and minuses. However, “choice” (for women or men) is not high on the list for many virtue-signaling politicians today, except in one other acrimonious arena, which Senator Chuck Schumer (D-NY) recently addressed in the context of a pending Supreme Court case. They therefore push the envelope every time – and sometimes get their way. Yet in the process, they make new enemies of people who previously were not politically motivated at all.

In Takoma Park, which four decades ago became the nation’s first “nuclear-free city,” sustainability manager Gina Mathis says, “Yes there are ways that we could soften” these policies, “but we know that voluntary programs are not going to get us to net zero.” As in net-zero plant-fertilizing CO2 emissions.

The mandates tend to generate anger. According to the Washington Post, one Takoma Park resident complained that “the number of times the word ‘require’ is used in this [proposal] is stunning.”

It could get far worse. Socialist Senator and presidential candidate Bernie Sanders is committed to 100% “renewable” energy for electricity and transportation “by no later than 2030.” His plan would also take our entire energy system out of the private sector, and put it in government hands, with more mandates.

Meanwhile, China already has 900,000 MW of coal-fired power plants and has another 350,000 MW under construction or in planning. It’s also building or financing hundreds of coal and gas power plants in Africa and Asia. India likewise has hundreds of coal-fired units and is planning nearly 400 more. They will not stop using fossil fuels to build their economies, create jobs and improve living standards.

So even if manmade CO2 is a major factor in climate change, these scattered, silly natural gas bans might reduce future warming by 0.0001 to 0.001 degrees 80 years from now. But the con goes on.