New York’s plan to eliminate furnaces is a case of going over the edge and plunging into the depths of ideological insanity. Does New York have a fever?

This is no joke. It’s not an “Onion” piece where we’re trying to fool you. In June, the New York State legislature passed a horrific “energy” bill that was later signed into law by Gov. Andrew Cuomo. The new law limits carbon dioxide emissions to zero (an impossibility) by 2050. Everyone is now waking up and saying, “Oh crap, what did we just do?” You see, almost everyone in the state uses either fuel oil, natural gas or propane to heat their homes during our exceptionally cold winters. That’s all gone by 2050 – no more burning fossil fuels to heat your home. Welcome to the USSR of New York. 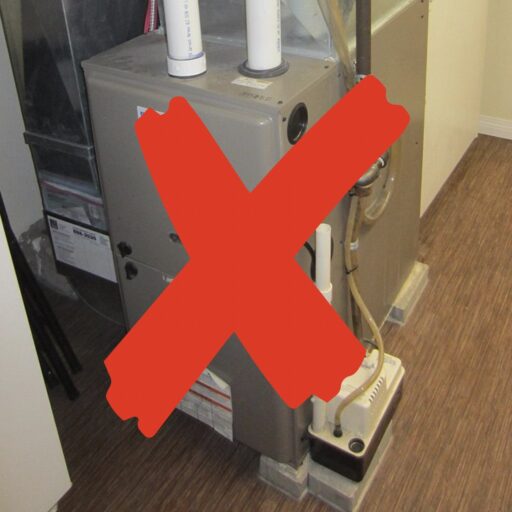 Again, we’re not making this up! This is what state officials are saying – not too loud so New Yorkers won’t wake up all at once and realize it. But it is being said – that fossil fuels heating our homes is out in the next couple of decades (emphasis added):

Natural gas utilities, which provide heat to about 60 percent of New York’s homes, are facing an existential crisis as the state seeks dramatic emissions reductions requiring transformative change in the consumption of a fuel once hailed as a cleaner and cheaper alternative to oil, propane and kerosene. Natural gas usage in the residential, commercial and industrial sectors — excluding what’s used at power plants — accounted for roughly 22 percent of greenhouse gas emissions in 2015, according to data from the New York State Energy Research and Development Authority. To meet the state’s goal of net zero emissions by 2050, as called for in the Climate Leadership and Community Protection Act, those emissions must be eliminated. Burning gas to heat homes is unlikely to qualify for offsets, given the availability of alternatives such as geothermal or air-source heat pumps that rely on electricity. That reality poses risks and opportunities for the state’s major gas utilities. What’s more, it requires a major reframing of the state’s policy on natural gas, which currently promotes expanded gas infrastructure.

Many environmental advocates were elated to see the Legislature pass a historic, sweeping climate measure last month after years of inaction. But they also know that there’s a long path ahead to implement New York’s new goals for net zero emissions by 2050. “It’s daunting in a way,” said Joe Martens, a former commissioner of the Department of Environmental Conservation, which will play a crucial role in implementing the emissions cuts. He’s currently head of the New York Offshore Wind Alliance. “It is going to affect every aspect of New Yorkers’ lives — and if it’s implemented successfully the hope is it gets replicated elsewhere,” he said. Heating fuels will have to be virtually eliminated and replaced with electric heat pumps or other non-emitting technology. Diesel trucks and gas cars that the state can control must be phased out. Manufacturers of copper, steel, cement, pulp and aluminum will face higher energy costs and have to find ways to lower emissions or offset them. Renewable energy projects must be built at a pace not yet seen in New York to achieve a 70 percent renewable electricity target by 2030 and eliminate all power-sector emissions by 2040.

We wonder when our fellow New Yorkers will wake up and realize they are so screwed. The real question is, will anyone actually be left in the state by 2050? Our guess is no, IF this idiotic law is not repealed.

Editor’s Note: New York’s plan, summed up nicely by Joe Martens (who, by the way, is more a Rockefeller lackey, than a Cuomo one) is to eliminate all furnaces. Gas, oil, propane or wood, they all must go. The sheer unreality of this is lost in the deliberately fuzzy language of the legislation but getting rid of furnaces is what it means. And, that means it’s not just furnaces that mostly urban New York legislators want gone from the Empire State, but the rest of you hanging on to what’s left of Upstate. They’d really prefer you just leave and that’s why this law won’t be repealed. Its dire effects are a feature not a bug.

11 thoughts on “Furnaces Now Out; New York Has A Fever and Loses Its Mind”