Free energy is what we have to offer in the Southern Tier, if only we had a Governor who gave a damn. Vic Furman says he does care and he has a plan.

What If the nearly 12 acre Stow manufacturing plant, that was once a bustling manufacturing site in the 60s and 70s, yet now sits empty, what if it could once again grow into thousands of stable high paying jobs?

What if we set aside the Conklin industrial Park, or a few hundred acres of land near the triple cities, to build a real industrial park that produced something more than all those tax deals Andrew Cuomo throws out to wealthy corporations in hopes of attracting them to New York at our expense?

What if, instead of 10 year tax breaks under the failed Start Up NY Campaign, we offered something else?  What if Governor Cuomo made the promise of free energy instead of lower taxes? 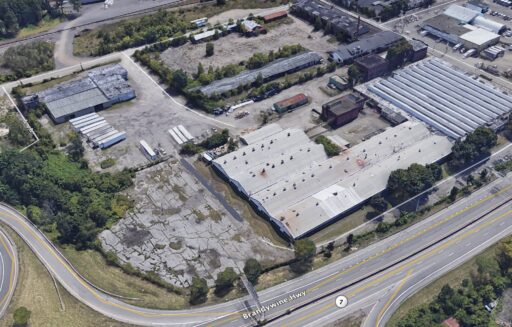 Could free energy help revive some of the Southern Tier’s vacant industrial properties?

How can we not use the gift nature has given us right below our feet? What company would not jump at the chance to have free energy provided from natural gas produced from natural gas wells on their own property, using the abundance of natural gas below to offset some of our ludicrously high taxes? In lieu of 10-year tax breaks these companies could get 20-30-40 years more of energy. We could allow them tax breaks (say 50%) to drill the wells, but that would cost anything out of pocket to taxpayers. We’d immediately gain, in fact.

This is how we can attract jobs that benefit the area economy and instead of watching companies come, grow, then renegotiate, or just move to an energy cheaper state after the tax breaks are over. They would stay because, as AOC would say, Its FREE…FREE…FREE… Energy after the initial cost.

I remember, before IBM plant in Endicott shut down, attending functional meetings that were mandatory on all three shifts. The subject was the cost of doing business in New York. The Endicott site alone was paying millions in property taxes and millions more in energy costs. We were informed that IBM management was trying to negotiate both taxes and energy but the negotiations were failing. At one point, it was announced that just the energy consumption in Building 18 was about $300,000 a month.

We all know what happened to the plant that once was home to 13,000 employees in its heyday! The company left for cheaper energy and lower taxes. Eventually IBM got out of the hardware business in all of New York, selling off its facilities all across the state and Northeast.

But, it wasn’t just IBM, It was Singer Link, Buckbee Myers, GAF, ANSCO, Felchars Manufacturing, General Electric, Stow, and, yes, Where did EJ go?  So many factories that once made up what was once called the Industrial Valley of Opportunity,  They all left because of the cost of doing business in New York and the Northeast in general. This was all well before the knowledge of the Shale Revolution that was going to make Pennsylvania the next Texas size competitor in the race for American energy independence.

We may not get them back, but we can attract newer manufactures with the promise of free energy after the investment of drilling costs and building small gas powered generating plants on site. The energy they don’t use could be sold back to the grid for us.

Imagine Donna Lupardo’s hemp farmers rejoicing at free energy plants that allow the farmers to share in the cost reduction of processing their crops, where the only way they can dry the hemp is through gas fed dryers? 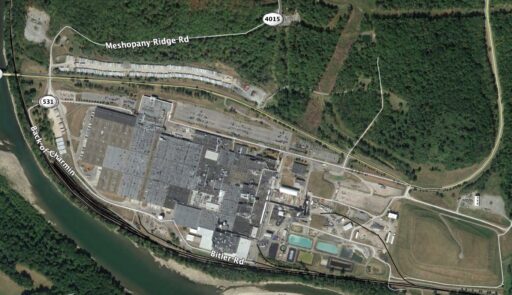 Proctor & Gamble’s plant in Mehoopany, Pennsylvania. Note the natural gas wells in the upper left and lower right of the photo that provide free energy for the plant. There are several more.

We don’t just have a future in the Shale Revolution once New York gets a Governor who actually cares about all of the Empire State; the natural gas under our feet can be the next industrial revolution powering factories here in the Southern Tier. We can all sending cheaper energy to the bigger cities throughout the northeast, profiting every resident in the form of cheap, clean energy and energy savings for every home.

I am Vic Furman and I am running to be your 122nd District Legislator, “Not For Me – For You.”

6 thoughts on “Free Energy: That’s What the Southern Tier Offers and Cuomo Has Denied”