Vic Furman lambasts fractivists who helped prevent pipelines from being built for crowing about the danger of CNG trucks that came about as a result.

Approximately 1:00 AM this past Monday, on Route I-88 in the Town of Fenton, near Exit 2, a truck carrying compressed natural gas from Pennsylvania tipped over when a driver from Hallstead, Pennsylvania tried to avoid two deer. He swerved and crashed, killing himself and the deer. It was a tragedy and fractivists couldn’t wait to exploit it.

Emergency crews responded and made the call, at approximately 4:00 AM, nearly four hours after the accident, to evacuate 80 homes within a quarter mile range of the accident site. It should be noted that, despite the accident, all safety mechanisms in place worked as should.

I don’t know why it took three to four hours for the eight homes to be evacuated but everyone involved did what needed to be done to protect the public, exercising extreme caution in doing so, which was appropriate.

I can only pray for the truck-driver’s family, praise the first responders and be thankful no one else was killed or injured and no property was destroyed on top of the tragedy that did occur.

Although this event is this concerning, it’s not uncommon for tractor trailers carrying flammable liquids or dangerous chemicals to pass through cities and streets and our neighborhoods on nearby highways. It happens every hour of the day as anyone who takes the time to think about will quickly realize. And, accidents happen, including with renewable fuels such as ethanol, for example.

The reaction from fractivists Craig Stevens and William Houston is why I’m writing this post. Please know I’m not accusing anyone of wrongdoing, nor am I pretending to know what was on their minds when Craig and William called into the Bob Joseph show more than once yesterday, a popular show on AM radio in Binghamton from 9 to 11 weekdays.

It was eerie listening to these two men going onto the radio station with the “I told you so” attitude concerning a horrific accident in which a man died. I felt as if they were disappointed somehow the truck did not crash into a school or bus carrying school children as I listened to them state their statistics on seven truck accidents evolving CNG over the last several years, when these fractivists have also opposed every pipeline alternative.

Craig Stevens who, ironically and hypocritically, leased property in Pennsylvania to pipeline companies is quick to oppose pipelines when Food and Water Watch pays him to do so. 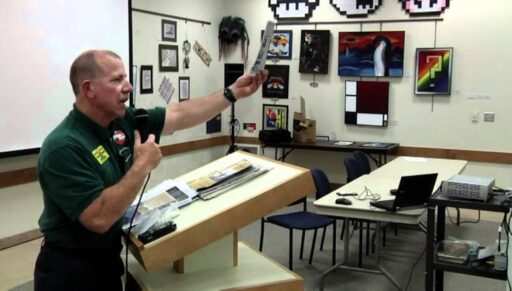 He even made a statement on the radio about a CNG truck that went off a road in the heart all of Albany, New York. He said that, just like what happened Monday, everything on the truck worked as it should have, releasing the compressed natural gas into the air. But, then he made a statement saying that he had photos where the police in the area were so ignorant to the fact natural gas could ignite that they put flares around the truck involved in the accident.

Bob Joseph himself made the evacuation of 80 families in the 1/4 mile radius sound like the evacuation of nuclear clean energy site, Fukushima.  But, we must give Bob the benefit of doubt…news sells and drama helps. Keep up the good work Bob! Maybe this winter we can call for the evacuation of over 500,000 new homes in upstate New York that are dependent on truck delivery of fossil fuel to their homes. Deliveries being made because Governor Cuomo has denied safe pipelines.

And, let’s not forget these trucks carrying CNG are only doing so because a market developed when fractivists convinced Andrew Cuomo to veto pipelines. Here’s how the Binghamton Press and Sun-Bulletin put it:

“It happens all the time. We don’t have any specific concerns as long as codes are followed,” Broome County Emergency Management Services Director Michael A. Ponticiello said of the hazards of transporting compressed natural gas in trailers when questioned two years ago.

Three years ago, the state Department of Environmental Conservation denied permission to build the Constitution Pipeline because it failed “to meet New York state’s water quality standards.” The pipeline would have largely followed the Interstate 88 path from the Pennsylvania border to just outside Albany.

The problem is the pipelines fractivists and Cuomo haven’t let be built.