The centerpiece of the Green New Deal proposal is the promise of “a jobs guarantee program to assure a living wage job to every person who wants one.”

This federally guaranteed jobs program—which seeks to retrofit the nation’s energy, transportation, and housing infrastructure to prepare it for a “post-carbon era”—is inordinately popular with the general public. But it has riled a number of union organizations who recognize it as simply the populist version of the “Keep It in the Ground” (KIITG) movement that seeks to put the oil and natural gas industries out of business.

“When the conversation is, ‘Close them all down,’ that’s not a conversation that we actively take seriously,” said Donnie Colston, a director at the International Brotherhood of Electrical Workers. “The wages that are being paid by the third party who is installing some of this [renewable] technology is about half of our wages with no benefits and no insurance. So what it is is how do we convince our membership to take a job with half the wages and no insurance?”

The good news is they don’t have to. According to a recent Barron’s op-ed, “investments by Big Oil in carbon reducing technology are now outpacing those of venture investment into clean tech [and] a recent report suggests that by 2035, big oil could have invested as much as $350 billion in wind and solar to retain its advantage in the energy sector.”

Ironically, by actively trying to shut down the oil and gas industries, the KIITG movement is attacking one of the biggest investors in renewable energy.

But that argument has never stopped them before. In fact, the KIITG movement has always placed a greater value on opposing America’s energy industries than addressing climate change. 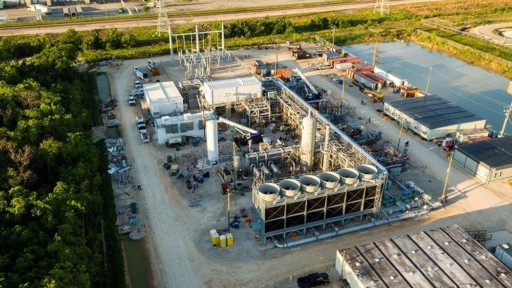 Take carbon capture and storage (CCS) technology, for example, which is the process of capturing carbon dioxide before it gets into the atmosphere and storing it underground. Many people on all sides of the debate are vocal supporters of this promising technology.

Even noted climate-change expert, Myles Allen, who was one of the two dozen attendees of the 2012 La Jolla Conference, said, “A global ban on fossil fuels is neither affordable nor enforceable, so capture and disposal of CO2 is the only option.”

But KIITG extremists, including Friends of the Earth and 350.org, oppose CCS technology as well as any other efforts by the oil and gas industries to address climate change.

The “People’s Demand for Climate Justice” specifically calls on policymakers to “reject Carbon Capture and Storage (CCS) and Bioenergy with Carbon Capture and Storage (BECCS) projects, and other technofixes.” They also want to “prohibit industries that profit from fossil fuels and the climate crisis from influencing international and national climate policy forums,” despite the fact that the oil and natural gas industries are investing billions of dollars in technology to address climate change.

The KIITG movement’s anti-industry rhetoric may be helpful in their perpetual fundraising efforts, but it is doing harm to the environment and our collective efforts to address climate change. And, sadly, that speaks more to their true agenda than anything they’ve ever put on a sign.

Editor’s Note: Watch the actions, not the words, of those who latch onto climate change as a political cause. If they gave a damn about climate change they’d recognize natural gas development as the signal biggest cause of emissions reductions. Moreover, they’d be standing up and doing a slow clap for innovations such as carbon capture and storage, which shows huge promise. That they don’t is the proof they don’t give a damn about climate change and have other agendas driven by thirst for power and the profits they say are so horrid when oil and gas companies earn them for pension funds and other shareholders. They’re the deniers.