New Yorkers keep electing one loathsome Attorney General after another; bullies skilled in mean-spirited demagoguery. Was Eric Schneiderman the worst?

The headline last night about four women accusing Eric Schneiderman of physical violence has quickly ended the New York Attorney General’s political career. It has one of incredible demagoguery on every front, following the pattern of his predecessors Elliot Spitzer and Andrew Cuomo, both of whom used the office as  platform to successfully run for governor.

Spitzer, of course, flamed out quickly when he got carried away with his power and supposed he could get away with anything. Now, Schneiderman may have done the same before he could run for governor. Once you make exercise of mean-spirited New York style raw power your persona, it seems not so easy to turn it off. 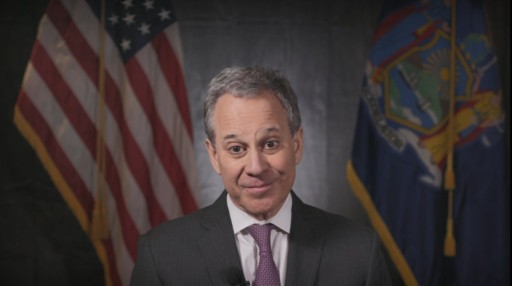 Eric Schneiderman has been carrying the NRDC gang’s water for years and using every dirty trick in the book to advance its agenda. His nasty bug-eyed stare from the podium as he announced one ridiculous witch-hunt after another made it clear long ago he was a power obsessed ogre who would do anything to tighten his grip on that power. He used his office—in obvious coordination with the NRDC gang, which simultaneously did the same thing—to harass tiny upstate towns with the audacity to announce they were pro-gas. Here’s some of what I wrote in 2012 for Energy In Depth about that sordid attempt at intimidation:

The New York State Attorney General’s office has done something remarkably cynical.  It has joined the NRDC in a campaign of intimidation aimed at local officials who happen to disagree with the AG’s and NRDC’s positions on hydraulic fracturing and natural gas development.

We reported earlier on the NRDC effort to silence the voices of three tiny communities in Broome and Sullivan Counties using its multi-million dollar legal staff. Now, along comes Attorney General Eric Schneiderman employing the power of the state to engage in his own bullying efforts directed at some of the same towns, as well as others. Is it an abuse of power? You be the judge.

The issue, of course, is precisely the same one raised by the NRDC; whether town officials improperly coordinated with landowner groups in enacting pro-gas resolutions or were, as landowners themselves, conflicted to the extent they should have recused themselves from voting.  That there is no legal issue here worth the attention of the AG is obvious.  Otherwise, no local official who is a landowner could ever vote on anything…

This is, instead, an attempt to intimidate other local officials from passing pro-gas resolutions and, thereby, effectively countering the moratorium initiatives of natural gas opponents allied with the AG.  Letters apparently went out in October to several towns questioning their actions, almost precisely at the same time the NRDC filed extensive Freedom of Information Law (FOIL) requests with three towns.

Coincidence?  Well, let’s just say there are no coincidences in politics, especially given the fact the AG ran for office on a platform that included opposition to natural gas development…

The New York Post noticed, back in June of last year, that Schneiderman was already intent on favoring his friends among environmental activist organizations such as NRDC.  Listed among significant donors to his 2010 campaign, for example, is Jay Halflon, the rainmaking lawyer associated with the Sustainable Markets Foundation, which, like NRDC and 350.0rg, is aligned with the Rockefeller family and actively involved in opposing natural gas development.  Other major donors included: NRDC Chair Daniel R. Tishman; NRDC Vice-Chair, Patricia Bauman; the Frack Action PAC; and Open Space Institute (OSI) Treasurer Paul J. Elston (OSI is, effectively, a NRDC spinoff).

Moreover, the AG actually recommends homeowners go to the NRDC website for “information on offsetting your carbon footprint” – an unusual deference to a special interest organization in a very unusual document one would expect to come from the Department of Environmental Conservation, not the AG’s office.  Schneiderman also did the NRDC’s bidding in suing the DRBC, on the former’s inartful theory the natural gas regulations the latter is developing somehow demand compliance with the environmental review requirements of the National Environmental Protection Act.

Then there is Schneiderman’s ex-wife, the super-connected Jennifer Cunningham, who ran his campaign (and also advised Cuomo), donated funds to it and now is a partner in SKDKnickerbocker.  This powerhouse communications/political firm represents the Alliance for Clean Energy New York, which promotes a host of renewables competing with natural gas; including biomass, geothermal, solar and wind.

Later on, I posed 10 questions here for Preet Brahara, then the U.S. Attorney on his own quest for political power by going after top state officials. More than half of my questions related to Eric Schneiderman:

There are all still good questions. Eric Schneiderman was a bag man for the NRDC and his role in the La Jolla Junta orchestrated campaign against ExxonMobil is well documented at Energy In Depth. He’s also had some very special friends in tow as he pursued one ludicrous lawsuit after another. He tried hard to hide what he was doing and just got lambasted in New York State court, of all places, where might have expected he would have gotten sympathy:

The government document that led to Competitive Enterprise Institute v. The Attorney General of New York, involved AG Schneiderman’s creation of a multi-state coalition to shut down public debate over climate change. AG Schneiderman refused to comply with CEI’s request for the Common Interest Agreement on which the coalition was based, arguing that the document could be withheld as confidential attorney work product under New York’s Freedom of Information Law. The trial court rejected Schneiderman’s claim and awarded CEI attorney fees.

Being nailed with attorney fees and loss of your job in the space of less than a week is a hard kick but this is a state where politically kicking the dog when he’s down is considered good sport, so Eric Schneiderman will get little sympathy. Andrew Cuomo couldn’t wait to call for his resignation, of course. 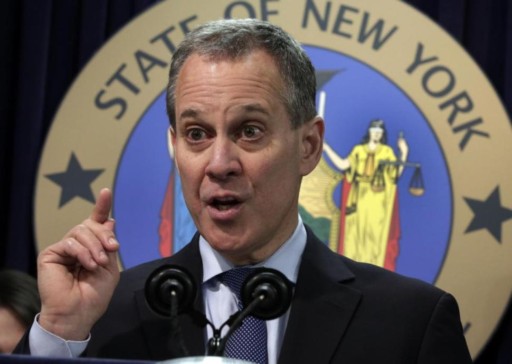 How did Eric Schneiderman get away with his bullying for so long? He was enabled by ideologues who thought the way to fight global warming was through the New York state Attorney General’s office and his phony lawsuits. That it was all ideological for them is obvious by the fact the only real progress in reducing greenhouse gas emissions has been made via natural gas development as a substitute for coal.

They didn’t care. They wanted the hides of oil and gas companies. That made them easy for a natural born bully such as  Schneiderman to exploit on behalf of the NRDC gang’s and his own special interest agendas. So ends the career of yet another New York bully, ultimately destroyed by his thirst for power and reliance upon a far too easy to demagogue populace. It’s a sad commentary on the power politics of the Empire State, a politics that consumes everything and everyone.