Fracking, combined with horizontal drilling, brought forth a shale revolution that has slashed consumer prices for both gas and electric in this country.

The University of Pennsylvania’s Kleinman Center for Energy Policy just released a report showing Pennsylvanians have benefited enormously by fracking and horizontal drilling, the combination of which has been the shale revolution. This revolution completely changed the energy paradigm of not only the Commonwealth, but also the U.S. as a whole and worldwide. The detailed report includes voluminous documentation of the contributions of fracking in producing huge consumer savings, not to mention the economic development brought to rural areas and our increased energy security. 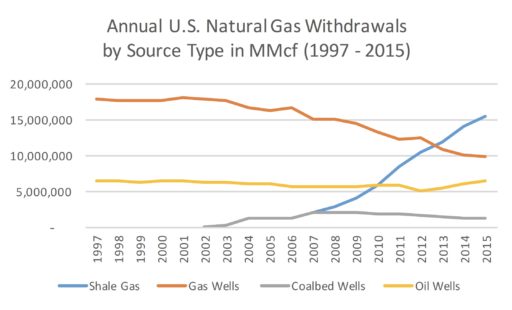 The details of the report, entitled “Pennsylvania’s Gas Decade – Insights into Consumer Pricing Impacts from Shale Gas (2007-2016),” are a bit overwhelming, but here are the highlights:

The facts are simply stunning; fracking has saved consumers enormous sums in both gas and electric costs while spurring the conversion of coal generating plants to gas, drastically reducing emissions of all sorts. It’s a case of winning everywhere one turns when it comes to fracking. 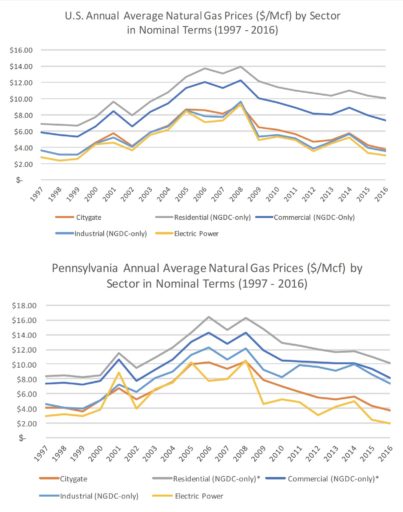 2 thoughts on “Fracking Slashes Consumer Prices for Gas and Electric”