Certain celebrities, some talented and some not so talented, seem attracted to fracking as a cause célèbre but they ought to be looking at their energy use rather than criticizing others.  Can’t they just shut up and entertain us?

Why are celebrities so shallow?  A friend recently sent me an article from the Washington Times illustrating the idiocy of some of my favorite performers when they attempt to use their fame for what they suppose is good, but is merely politically correct.  It’s a must read but raises a more basic question of how these folks get suckered into such ludicrous positions.

The answer, it seems to me, is two-fold.  First, of course, is the additional publicity adoption of a cause brings.  It gives a whole new meaning to the term cause célèbre, which originally had to do with famous legal cases that made celebrities of the perpetrators, victims or lawyers involved.  Think Kato Kaelin.  Today, we see already established celebrities adopting causes because they think it will add to their allure and swell their celebrity status.  Think Yoko Ono and Sean Lennon, two third-rate performers (if that) living off the fame of their famous relative and desperate to keep it going by opposing fracking that helps heat their homes.

The second part of the answer is something I’ve discussed here before; the equally desperate desire of folks, who believe, in their hearts of hearts, they’ve done undeservedly well, to assuage that guilt by doing something that will demonstrate they really do deserve everything they’ve received, allowing them to hold their heads high and keep it all.  Think Brad Pitt, one the most talentless but successful actors around, who “makes it right” with his support of an honorable cause of raising houses for Katrina victims.

Unfortunately, not all celebrity causes are so honorable.  If you want to have some fun, check out this list of worst celebrity causes but celebrity positions on fracking are particularly galling because they add an additional element into the equation; that of willful ignorance.  Yoko, Sean, Neil Young and Willie are just the beginning in this regard.

Take, for example, Susan Sarandon, who own this apartment she purchased after getting rid of Tim Robbins. 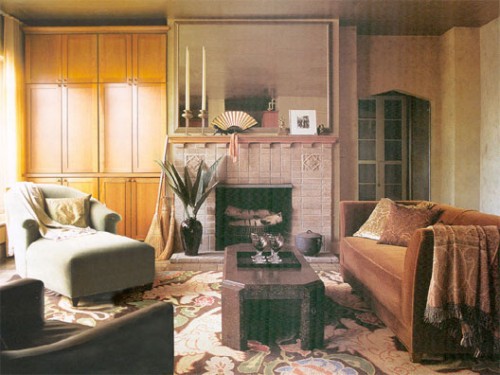 What’s interesting about this apartment is not so much it’s price ($1.75 million) but the fact it relies upon two boilers burning No. 6 fuel oil to keep Sarandon warm and cozy.  No. 6 fuel oil is a problem for New York City.  Here, in fact is what the city says about it (emphasis added):

Air pollution is one of the most significant environmental threats facing New York City, contributing to approximately 6 percent of deaths in the city each year. Fine particulate matter (PM 2.5) in New York City-one of the primary pollutants tracked by the U.S. Environmental Protection Agency (EPA)-causes more than 3,000 deaths, 2,000 hospital admissions for lung and heart conditions, and approximately 6,000 emergency department visits for asthma in children and adults annually.
Just 1 percent of all buildings in the city produce 86 percent of the total soot pollution from buildings-more than all the cars and trucks in New York City combined. They do this by burning the dirtiest grades of heating fuel available, known as residual oil, or #6 and #4 heating oil.
In April of 2011, upon the release of the PlaNYC update, Mayor Bloomberg finalized a New York City Department of Environmental Protection (DEP) rule (in PDF) that will phase out the use of two highly polluting forms of heating oil-Number 6 oil (No. 6) and Number 4 oil (No. 4). The regulations were designed to balance near-term pollution reduction with minimizing costs for buildings…

Effective immediately, no new boiler or burner installations will be permitted to use No. 6 or No. 4 oil, and instead must use one of the cleanest fuels, such as ultra-low sulfur Number 2 oil (No. 2), biodiesel, natural gas, or steam….

Eliminating these “heavy” oils and transitioning to the cleanest fuels will save thousands of lives over the next two decades.

Yet, Susan Sarandon was on that diesel-guzzling Mercedes bus with Yoko and Sean visiting a junkyard in Dimock, Pensylvania to tell the world it was fracking that was dangerous.  She paid no mind to fact there was no evidence of pollution or that, even if there were, the most likely cause was dripping engines and leaking radiators. She was also willfully ignorant of the fact hydraulic fracturing has had zero to do with polluting any water supply anywhere in the U.S. and closed her eyes to what was plain to see around her.

All the while, Sarandon is living in an apartment heated with a product the city itself condemns and recommends replacing with natural gas, which is produced today using the technique she condemns.  If she really wanted to make a difference in the environment she’d work on convincing her fellow apartment owners at 61 West 9th Street, Manhattan to make the shift from No. 6 fuel oil to natural gas and save a child from asthma instead of trying to convince Governor Cuomo not to approve the fracking that would supply her home.

I’ll offer some further examples in future posts, but the reader will already understand,  What we are dealing with is, to repeat, willful ignorance, which is allows celebrities such as Sarandon and Willie Nelson to gain their added publicity and assuage their guilt at having done so well.  What is especially sad in their cases, though, is the fact they have very much deserved to do well because they’re both extraordinarily talented individuals, unlike Yoko and Sean.  My message to them is to stop with the guilt, pay attention to the facts and just shut up and sing (or act).