Fracking fictions threaten to deprive Upstate New Yorkers of vital economic revitalization and the ability to retain the ownership of their homesteads.

My family settled the Allegany County, NY area, in the early 1800’s. Our 140 acres is a part of the original Holland Company Land Grant, and was purchased from them by my great grandmother, and owned by the women in our family, ever since.

I will lose our property to taxes should we delay the permitting process any longer and I’m tired of the fracking fictions and half-truths that abound regarding natural gas development. Here are the fracking facts I have learned over the last 4 years::

Fracking Fiction: The well casings deteriorate within six years, so it is only a matter of time before frack fluid and methane gas leak from the wells and pollute our water.

Fact: New York will require seven layers of steel and cement all the way through the aquifer and some of those layers will continue for about a thousand feet below it. If steel and cement failed that quickly, we would no longer have the Brooklyn Bridge, the London Bridge or a number of other structures. In addition, the State of New York will require 13 inspections during the casing process to ensure the steel and cement does not have any cracks to allow any materials or gas to escape. While no one can guarantee absolutely that nothing will ever fail in this or any other business, there is strong evidence that the DEC’s requirements will protect against this issue. 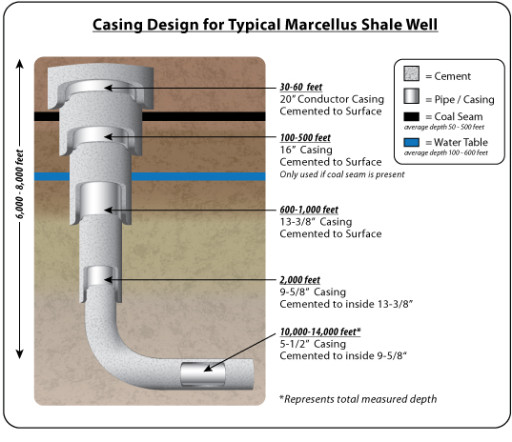 Fracking Fiction: You will not be able to get a mortgage or homeowners insurance if fracking comes.

Fact: We have over 5,000 fracked wells in Chautauqua County, which were built to far lesser standards than what is proposed for high-volume hydraulic fracturing (HVHF) wells, and there has never been an issue with obtaining either a mortgage or homeowners insurance. This has not been an issue in either Ohio or Pennsylvania, either. Our landowners group also requires that the company exploring for the natural gas must secure additional insurance policies covering landowners, as well.

Fact: No one has ever even proposed any fracking anywhere near the aquifers supplying New York City. The natural gas in that area is over mature and worthless. In addition, the DEC will eliminate areas with special sensitivity, such as the City of Syracuse aquifer from fracking.

Fact: After a lengthy study, the EPA concluded that Dimock’s water is perfectly safe.

Fracking Fiction: The chemicals they pump into the ground will eventually come up to the surface through the fractured rock.

Fact: This is false. Both the EPA and the NYS-DEC have determined that frack fluids, once forced into the rock about a mile underground, do not violate the laws of gravity, and migrate upward. The fractures created by the fracking process are only about 100-150 feet long, and they are located about 3,000-5,000 feet below the bottom of the aquifer. In addition, the pressure exerted on the layer of shale is so great that these cracks would naturally close back up again if it weren’t for the grains of sand that are pumped into the cracks with the water.

Respected SUNY Fredonia professor, Dr. Gary Lash has studied natural gas extensively (natural gas was first discovered in Fredonia in 1821), and has confirmed that even though there are natural fissures and cracks in the layers of rock overlying the Utica Shale, they are more akin to a brick structure, and therefore, it is highly unlikely that any frack fluids will migrate through dozens of layers of rock, even if a fracture created by the fracking process happened to connect with a naturally occurring crack.

Fact: There has been minor seismic activity associated with a practice that is allowed in other states, but not here, where the drillers inject spent frack water into deep underground caverns. Those are called injection wells. New York will not permit injection wells. Period.

Fracking Fiction:  If we allow fracking, we displace the incentive to work on renewable resources such as wind and solar.

Fact: Wind and solar simply are not plentiful enough, or reliable enough to power our way of life. Every one of us uses energy, and we literally would not have the energy to power our airports, traffic devices, hospitals, nursing homes, grocery stores, homes, or much of anything else. In addition, both solar and wind have significant carbon footprints as well, as they require the manufacture of steel (which requires the use of dirty coal), and solar requires the use of rare minerals to form the necessary coatings.

Fracking does what 40 years of federal energy policy failed to do: 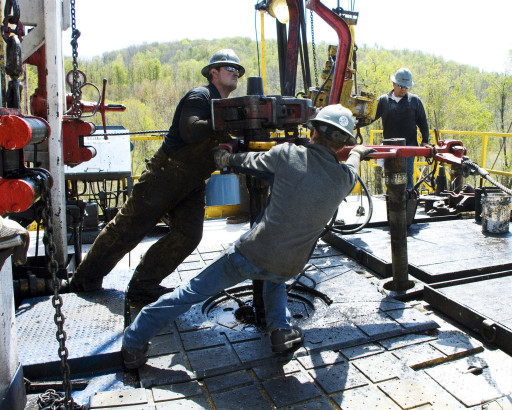 On the environmental front: Fracking is displacing our 19th century reliance on dirty coal to power our way of life, which is a huge boon to the environment. Fracking alone caused CO2 emission levels to sink to their lowest levels in twenty years.

On the national security front: Fracking reduces our reliance on the unstable Middle East for our energy needs. In December, the U.S. edged out Saudi Arabia as the world’s leading exporter of oil, thanks in large part to fracking of shale plays in North Dakota and Ohio.

On the domestic front: Fracking has brought real reductions in energy costs to U.S. consumers. Power plants that have converted to natural gas are able to use a much cheaper source of fuel to create electricity, and pass that on to their customers. In fact, the savings is so great, Dow Chemical Company is considering major expansions of its manufacturing operations in the United States, and it is expected that cheap natural gas prices would spark a resurgence of manufacturing plants right here at home. This helps put America back to work.

On the economic front: Pennsylvania has enjoyed more corporate investment than any other state in the northeast, has low unemployment rates, and has a natural gas industry that pays, on average, a wage of $81,000 to those employed in the natural gas industry. Wells are subject to real property taxes, and those taxes are paid by the energy companies. Those taxes stay local, as they are local school, town, county and village taxes. This provides significant real property tax relief to landowners.

This should be great news to anyone sincerely interested in the revitalization of Upstate New York, as natural gas development has the potential to lead us to prosperity but that means we need to reject fracking fictions and rely upon facts.