Researchers from Yale tested well water near natural gas sites for methane and fracking fluids and found there was no contamination to water aquifers.

A team of researchers led by Yale University have just published a new “peer reviewed” study that finds fracking does not contaminate water aquifers. Mainstream media’s response? Crickets. Nothing. Why is that?

Here’s something even better: One of the researchers who participated in the study is none other than Avner Vengosh from Duke University, who, using Park Foundation money, previously published studies stating the opposite. It seems Vengosh has changed his tune and now admits fracking doesn’t contaminate ground water after all. Looks like Vengosh won’t be getting a Christmas card from the Park Foundation this year. 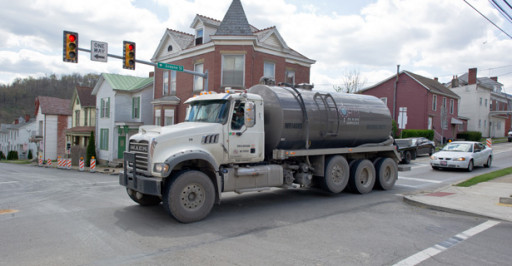 The study, published in Proceedings of the National Academy of Sciences and titled “Elevated levels of diesel range organic compounds in groundwater near Marcellus gas operations are derived from surface activities” (abstract below), finds that when diesel and other types of chemicals *are* found in ground water in the Marcellus Shale region, it’s because of a spill on the surface and not necessarily a spill from a truck or operation involved with shale drilling. There are many industrial activities that have accidents and spill chemicals.

Here’s the abstract/summary from the study:

Organic compounds found in drinking water aquifers above the Marcellus Shale and other shale plays could reflect natural geologic transport processes or contamination from anthropogenic activities, including enhanced natural gas production. Using analyses of organic compounds coupled with inorganic geochemical fingerprinting, estimates of groundwater residence time, and geospatial analyses of shale gas wells and disclosed safety violations, we determined that the dominant source of organic compounds to shallow aquifers was consistent with surface spills of disclosed chemical additives. There was no evidence of association with deeper brines or long-range migration of these compounds to the shallow aquifers. Encouragingly, drinking water sources affected by disclosed surface spills could be targeted for treatment and monitoring to protect public health.

Hundreds of organic chemicals are used during natural gas extraction via high-volume hydraulic fracturing (HVHF). However, it is unclear whether these chemicals, injected into deep shale horizons, reach shallow groundwater aquifers and affect local water quality, either from those deep HVHF injection sites or from the surface or shallow subsurface. Here, we report detectable levels of organic compounds in shallow groundwater samples from private residential wells overlying the Marcellus Shale in northeastern Pennsylvania. Analyses of purgeable and extractable organic compounds from 64 groundwater samples revealed trace levels of volatile organic compounds, well below the Environmental Protection Agency’s maximum contaminant levels, and low levels of both gasoline range (0–8 ppb) and diesel range organic compounds (DRO; 0–157 ppb). A compound-specific analysis revealed the presence of bis(2-ethylhexyl) phthalate, which is a disclosed HVHF additive, that was notably absent in a representative geogenic water sample and field blanks. Pairing these analyses with (i) inorganic chemical fingerprinting of deep saline groundwater, (ii) characteristic noble gas isotopes, and (iii) spatial relationships between active shale gas extraction wells and wells with disclosed environmental health and safety violations, we differentiate between a chemical signature associated with naturally occurring saline groundwater and one associated with alternative anthropogenic routes from the surface (e.g., accidental spills or leaks). The data support a transport mechanism of DRO to groundwater via accidental release of fracturing fluid chemicals derived from the surface rather than subsurface flow of these fluids from the underlying shale formation.

We don’t have a copy of the full study (requires a subscription). However, the smart folks at Energy in Depth scored a copy and they file this review:

Some of the same researchers who previously claimed that groundwater in the Marcellus region was being contaminated by shale development released a new study this week finding no evidence that hydraulic fracturing fluids have migrated up into drinking water – consistent with what independent scientists and regulators have been saying about fracking for years. The new Proceedings of the National Academy of Sciences study, led by researchers at Yale, includes Robert Jackson (now with Stanford University) and Avner Vengosh, who were both behind the Duke studies that purported to find widespread contamination from shale development. But as their new study explains,

“We found no evidence for direct communication with shallow drinking water wells due to upward migration form shale horizons.  This result is encouraging, because it implies there is some degree of temporal and spatial separation between injected fluids and the drinking water supply.” (p. 5; emphasis added)

This study’s finding that contamination is not coming from fracking, but could occur from surface spills, is also not new. In fact, the EPA’s five year study of fracking and groundwater released this summer found no evidence for widespread water contamination, and any issues that were identified were isolated and small compared to the total number of wells drilled.

Notably, the researchers also ruled out the possibility of well casing failure as a cause of the contamination.  From the study,

Further, the concentrations of chemicals that the researchers found were “well below” drinking water standards for concern to public health.  As the study explains,

One of the researchers on the study, Desiree Plata of Yale University, sat down with NPR for an interview in which she explained that the contamination was found “only in a handful of wells.” As she put it, “really even using the word contamination is a stretch because when these detections were made they were still at very low concentrations.”

Even so, it’s worth noting that the study also acknowledges that,

In other words, the researchers point to the possibility that the contamination could be naturally occurring or could have resulted from any industry, not necessarily natural gas development.  That’s especially important in Pennsylvania because numerous studies using baseline data have found water contamination in wells long before any development.  The most recent one comes from a report by researchers at Syracuse University, which looked at 21,000 baseline samples and found,

“no broad changes in variability of chemical quality in this large dataset to suggest any unusual salinization caused by possible release of produced waters from oil and gas operations, even after thousands of gas wells have been drilled among tens of thousands of domestic wells within the two areas studied.”

Other studies looking specifically at methane have also found contamination before development ever occurred.  Two studies by the U.S. Geological Survey (USGS) found thermogenic methane in water wells in Pennsylvania that predate drilling activity.  Another USGS study found high levels of methane in water wells in New York, even though there’s a moratorium on fracking.

It’s also worth considering the fact that the researchers focus in on the presence of Bis(2-ethylhexyl), which, as they rightly state, is an

“ubiquitous chemical that is used in many industrial practices and materials, and it is difficult to attribute its  presence solely to hydraulic fracturing activities.”  (p. 5)

The researchers explain that they were able to rule out the Bis(2-ethylhexyl) coming from their own analytical procedure but the fact remains that the chemical is contained in a number products.  As the Agency for Toxic Substances and Disease Registry explains,

This latest study provides a pretty big blow to the anti-fracking groups that have used the Duke researchers’ previous research to push their unfounded water contamination claims.  For instance, Josh Fox claims writes on his Gasland site,

“Industy [sic] arguments that methane occurs naturally in the environment in the Dimock area and therefore should be expected in the water suplly [sic] are dangerously misleading. A Duke University study found that drilling into the methane layer allows the natural but toxic gas to migrate into the water supply… Additionally, Duke University recently conducted a peer-reviewed study that links water contamination with nearby drilling and fracking, concluding that water wells near drilling and fracking operations were seventeen times more likely to contain elevated levels of methane.” (emphasis added)

Now even the Duke researchers are coming to conclusions very much in line with EPA’s findings that hydraulic fracturing does not pose a credible threat to drinking water.  It’s unfortunate that their previous studies did so much to frighten the public about theoretical risks. 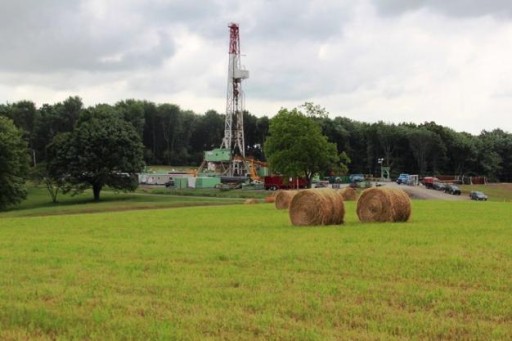 To her credit (and quite surprisingly), the normally anti-drilling and left-leaning PBS reporter Susan Phillips, from StateImpact Pennsylvania, wrote a pretty balanced story. Miracles never cease!

Phillips’ StateImpact story was the only one we could find from mainstream media concerning the study as of early this morning. Where’s CNN? CBS? NBC? ABC? Fox? Washington Post? New York Times? Boston Herald? Nowhere to be found. Not a single story.