A simple lesson in fracking for those of you who are fractivists and simply don’t understand the process, the safety of the material used or plain reality.

Hydraulic fracturing (a/k/a fracking) is a process for creating a large number of open pathways in the reservoir rock or shale, which allows the oil and gas stored in the pore structure to easily flow towards a wellbore. In effect, it extends the wellbore from about 7 inches to 20 feet! In shale rock, where the flow paths between these pores is very small (oil and gas will only flow 5-10 inches a year, naturally) the effect is astounding. 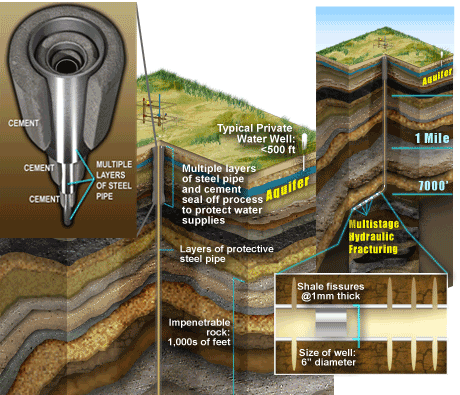 Once fractured, oil will literally drain into these pathways. All this is possible since the development and perfection of directional drilling which permits us to drill horizontal wellbores from vertical wells and operate as many as 16 wells from a single surface drilling pad. It has changed the cost, efficiency, and look of a typical oil field and made us a world energy giant once again.

Once we have created these cracks in the oil formation, we need to keep them open. Sand and other similar ceramic materials are used – this is called a proppant, since it literally props and holds open the cracks for an extended period of time. Water is 99% of the fluid used to create the fracs, because it is cheap, easy to use, safe and readily available. The amounts used in the massive fracs done in shale reservoirs, may seem like a lot, but it is only a small fraction of the amount used in a small city each day or on, say, a golf course, both of which are required continuously. A frac job lasts for only 3-5 days. 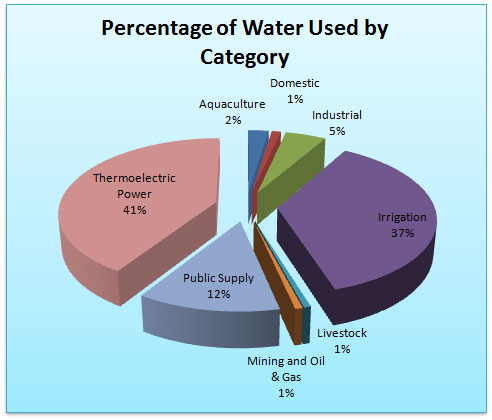 In order to design a frac treatment, the engineer always considers all aspects of the operation. Like a master chef, he works with his team to put together a perfect product with safe and pure ingredients, and at the most economical cost to his client. These include the right amount of pressure, water, and chemicals required, the dimensions of the resultant fracture created i.e. height, length, width, volume etc. and the amount of oil and gas forecasted to be produced; and finally the cost of the operation and the expected financial return. These are not easy calculations and require complex computer simulation programing.

Properly managed, the operation will minimize the disturbance to the local community, so movement of trucks and equipment, and the noise and dust produced are evaluated and accommodated for, based on the location. The water source is carefully chosen based on availability, quality, and composition. The potential for any contamination of drinking water aquifers is avoided by the surface casing which extends greater than 1000 ft. down into the wellbore and isolates any aquifer via a thick layer of casing cement, steel casing, and steel drill pipe.

In the horizontal wellbore it is impossible for fractures to extend upwards far enough to allow gas or oil to leak or migrate into these aquifers since the distance from the producing zone may be 1-3 miles below the aquifer and the oil or gas will naturally flow towards the much lower pressure in the wellbore rather than upwards against gravity and through miles of impermeable rock.

Steps are also taken to avoid surface spills which may seep down into the ground water. If a major spill occurs, the ground is excavated and taken to a waste facility where the spilled oil or fluid is recovered and sold to a refiner or reused.  We know that backflush water may contain some hydrocarbons and residual chemicals, but it can be easily treated and re-used, hence, reduce the amount of new water required.

The chemicals used for fracturing are mostly environmentally friendly and each has a specific function, many can be found in your household, and all can be used safely. The objective is to minimize the amounts used, and, in contrast to the claims of anti-fracking activists, a frac fluid does not contain hundreds of dangerous or toxic chemicals, typically it would contain less than a dozen safe ones.

There is nothing secret about them. You can find a directory and explanation of their function by going to www.fracfocus.org . Contrary to what you hear in the media.

The emissions in a frac treatment are far less than those from the constant stream of cars and trucks on our highways, however, the workers may require protection from pump emissions in the immediate area. Spills are far less frequent and more controlled than the accidents that occur daily outside the petroleum industry.

Also, we know that households in certain parts of the world have naturally occurring gas in their water supply from long before fracturing ever came along. Apparently this is new to Hollywood, so they make movies about it and blame fracking. Research shows that in older gas fields this was due to poorly built and cemented gas wells, new methods and materials have virtually eliminated this problem. 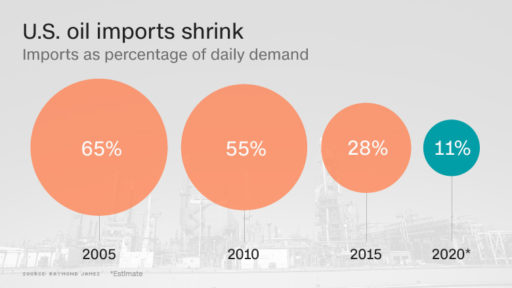 Hundreds of frac jobs are performed every day by engineers and technicians who are experienced and competent and capable of minimizing any risks associated with the process, just as we do in many other industries that are important to our economy. Thanks to fracking we can now see a path to energy self-sufficiency near term, and we have added an additional 4 million bbl/day to our national production in the last 5 years and trillions of barrels to our oil and gas reserves.

When you calculate the risk/benefit to our society, there is no question that this process may be the single most important economic development for our country in recent history, and it has finally broken the stranglehold that the OPEC oil cartel had on global oil supply and prices.

George P. Ahearn was the co-founder and President, Chief Executive Officer, and Chairman of GEO Specialty Chemicals, Inc. from its inception in 1993 until he left in 2005. The company specializes in water treatment, additives, and chemical process aids.  Prior to that time, he was President and Chief Operating Officer of the Hall Chemical Company, a maker of specialty metal-based chemicals from 1988-1992.  Mr. Ahearn was employed for 28 years by Exxon Corporation and Exxon Chemical from 1960-1988, holding various executive positions in research and the business.He was appointed in 2014 to the Board of Directors of Economic Incubators, Inc., a joint venture between Collier County and Enterprise Florida a business accelerator to assist the growth of entrepreneurial companies in the area.

18 thoughts on “Fracking 101: An Explanation for Those of You Who Are Fractivists”