Shallow publicity-seeking celebrities have always flocked to politically correct causes, whether they’re actually correct or not.  Their recent and less than brilliant poaching and exploitation of the slang term frack needed a rebuttal in language they might understand.

Earlier this month, a group called Americans Against Fracking posted a series of videos asking elected officials to “Ban Fracking Now”. The most popular video (shown below after the jump) is titled, “Celebrities Ask President Obama:  What the Frack?” and features household name celebrities such as Hayden Panettiere, Lance Bass, Wendie Malick and Julie Bowen.  The video begins with a series of these well-known faces asking “what the frack?” followed by “President Obama, are you fracking kidding me?” Even after the video was over, I was left wondering if these celebrities actually know what the word “fracking” means…

Following the infantile beginning, the video takes a turn towards a slew of regurgitated (and misleading) one-liners. The misleading faux-facts include Constance Zimmer’s dramatic declaration that “fracking poisons our water”. Next, Lance Bass takes over and states, “fracking makes climate change worse” followed by Amy Smart’s line: “fracking relies on toxic chemicals that cause cancer.” That’s it. No explanation, supporting research, or details to be found.

Breaking Energy posted an article titled “How Embarrassing for Them: Celebrities Dumb Down Fracking Debate” in which the author, Jared Anderson wrote, “drivel like this only serves to confuse and frighten people unfamiliar with the oil and gas development technology.” According to a recent study, a mere 32% of Americans reported being familiar with the process of hydraulic fracturing, leaving many susceptible to this confusion and fear.

Adding insult to injury, the video turns from regurgitated one-liners indicative of a lack of education to condescending advice that sounds eerily like a bully trying to convince the younger kids on the playground to steal the teacher’s glasses. Julie Bowen peer pressures with the best of them, saying, “go on… ban it” as if a little reassurance from a celebrity is all it takes to change President Obama’s mind on the future supply of energy for this country. 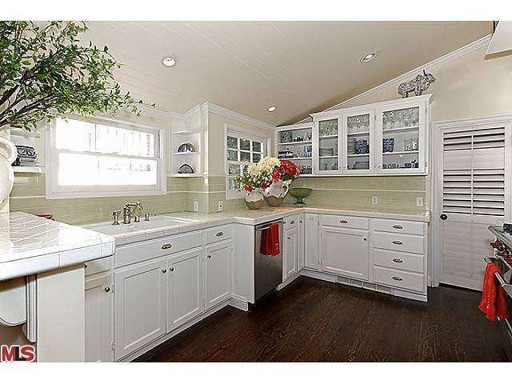 What the Frack? Amy Smart Home with Wolf Gas Range to Right in Pic!

The grand finale features Lance Bass whining “please.” In other words, Americans Against Fracking seems to think that Obama’s policies on fracking, an issue that affects millions of Americans by lowering energy prices, stimulating the rural economy, and leading us towards energy independence, will be decided by a former boy-band member sporting a pouty face?

Fortunately, I was not the only one incredibly troubled by these videos. On the YouTube page where the video was posted, comments reflect a less than warm welcome for the video. A comment from “ckorenthal” read, “Dear millionaire celebs who don’t have the slightest fracking clue about how the rest of us live: SHUT THE FRACK UP ALREADY!!! Maybe you can afford to continue to pay insanely high prices for energy but the rest of us are barely making ends meet! 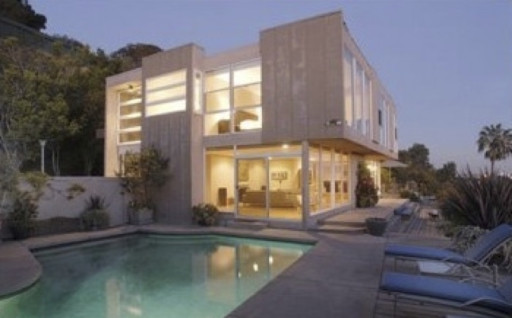 The home of one of the celebrities featured in the video, Hayden Panettiere, who purchased this $2.6 million, 3,120 square foot house in Hollywood Hills at the age of 18. Look at that energy use!

“Keith French” and others seemed to agree. They posted, “How about these celebrities shut the Frack up… No one cares what you think,” followed by “Your opinion holds no more value than anyone else’s.” Unfortunately, although their opinions shouldn’t hold more value than anyone else’s, it certainly does. The fact of the matter is that celebrity endorsements convince consumers to buy products, influence voters, and catch the ear of important officials. (Take for example the Executive Director of the moratorium-installing Delaware River Basin Commission, who seems to be on a first name basis with Josh Fox).

To pour a little more salt on the wound, I should point out that the same celebrities featured in this video asking for a ban on fracking, the process that produces much of this nation’s energy, also happen to live lifestyles that probably consume more energy than some entire zip codes where I come from. “Sfsoma” commented on the Huffington Post’s article about the video asking for the ban, “Right. As soon as they stop taking private jets, driving Bentleys and SUVs and living in 10,000 sq. ft. air conditioned homes with swimming pools.” Many of them also live (or at least have one residence) in New York City, where residents are currently raving about the benefits of natural gas production. 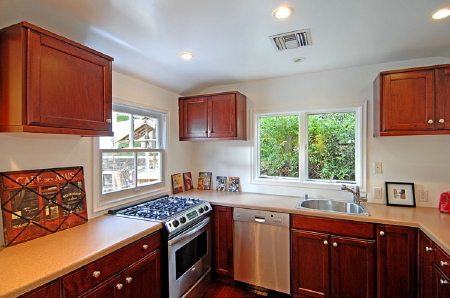 What the Frack? Guest House at Lance Bass Home Has Gas Range!

This brings me back to the group’s name: Americans Against Fracking. This seems a little off since the majority of Americans support fracking. Furthermore, when did celebrities turn into elected officials, representing the opinions of their constituents in matters of policy? Hollywood A-listers are as far from a true representation of the average American as you can get. Why are their voices given such value? Why does Josh Fox appear on CNN, MSNBC, and FOX news as an expert on fracking? Isn’t that what experts are for? How about a geologist, a petroleum engineer, or (pardon the crazy idea) a LANDOWNER with a gas well on their property?

A landowner recently told me, “What I like about gas drilling is that the little guy gets a piece.” Unfortunately, in some areas, the little guys have been denied their piece because the media continues to deny their voices. We hear from actors, directors, even former boy-band members, and yet we never hear from the landowners. The landowners are the ones who are living with a natural gas well. Why don’t we ask them what it’s like? I bet the Hollywood elites would be surprised by what they have to say. Until they hear the voices of those of us living in “Gasland” (as Josh Fox calls it), it’s time for celebrities to shut the frack up.

16 thoughts on “Why the Frack Are We Listening to Celebrities?”