Junk science is full of studies seeking to identify problems with fracking—call it “fracsearch”—and a new report on “fraccidents” offers the prototype.

For years anti-fossil fuel zealots have used and abused the word “fracking” and its derivatives to describe horizontal hydraulic fracturing, and more generically to describe the entire shale oil and gas industry (drilling, pipelines, etc.). Antis love to slip in phrases like “fracked gas” and refer to those who work in the industry as “frackers.” They call themselves “fracktivists.” It all sounds so naughty. We happen to love the word and we embrace it, to shove it right back in their faces (others in our industry do not like the word and sometimes chide us for using it). A couple of so-called researchers have coined a new fracking-related term: “fraccidents.” 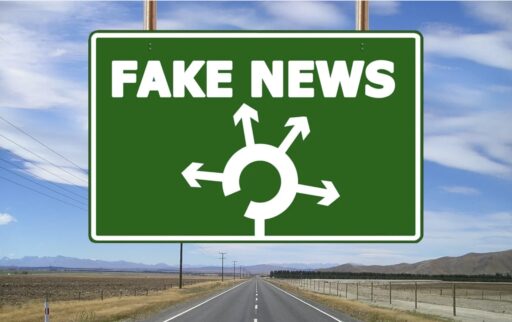 A “fraccident” is what happens when a truck hauling shale wastewater gets into an accident. The term was not coined by the likes of the nutty Sierra Club or odious Food & Water Watch. No. It has been used in the title of published research appearing in a so-called peer-reviewed journal!

The study is titled “Fraccidents: The Impact of Fracking on Road Traffic Deaths” and appears in Elsevier’s Journal of Environmental Economics and Management. The research study attempts to correlate an increase in traffic deaths to the presence of fracking in given regions. The fact the authors use a cutesy phrase like “fraccidents” is the tip-off this isn’t real research–it’s bought-and-paid-for propaganda.

So what do the “researchers” propose as a solution to cut down on traffic accidents/deaths from wastewater trucks? Why, a new tax, of course! Yes, taxing something somehow makes it safer and happen less often, dontcha know. (Yes, we’re being sarcastic. A next tax doesn’t do a darned thing to fix any given “problem.”)

Facts are facts. An increase in any kind of traffic leads to more accidents and, statistically, more deaths from accidents. If a Fluffernutter factory opens up resulting in an increase of truck trips, we could conduct a survey that shows a corresponding increase in accidents and deaths due to that factory. Should we tax Fluffernutter? Shut down the factory? Ban it? That’s the kind of inane logic baked into this so-called “study.”

Shamefully this “research” comes from the University of Illinois at Urbana-Champaign. The researchers admit to using “back-of-the-envelope” calculations in their published results! Perhaps a little more academic rigor is needed at Urbana-Champaign?

Environmental concerns about hydraulic fracturing – aka “fracking,” the process by which oil and gas are extracted from rock by injecting high-pressure mixtures of water and chemicals – are well documented, but according to a paper co-written by a University of Illinois at Urbana-Champaign environmental economics expert, the technique also poses a serious safety risk to local traffic.

New research from Yilan Xu (“E-Lan SHE”), a professor of agricultural and consumer economics at Illinois, shows that the growing traffic burden in fracking boomtowns from trucks hauling wastewater to disposal sites resulted in a surge of road fatalities and severe accidents.

“Fracking requires large amounts of water, and it subsequently generates a lot of wastewater,” she said. “When trucks need to transport all that water within a narrow window of time to a disposal site, that poses a safety threat to other drivers on the road – especially since fracking occurs mostly in these boomtowns where the roadway infrastructure isn’t built up enough to handle heavy truck traffic.”

The study examined how fracking-related trucking affected the number of fatal crashes in the Bakken Formation in North Dakota from 2006-14, using the timing of fracking operations near certain road segments.

The researchers identified a causal link between fracking-related trucking and fatal traffic crashes, finding that an additional post-fracking well within six miles of the road segments led to 8% more fatal crashes and 7.1% higher per-capita costs in accidents.

“Our back-of-the-envelope calculation suggests that an additional 17 fatal crashes took place per year across the sampled road segments, representing a 49% increase relative to the annual crash counts of the drilling counties in North Dakota in 2006,” Xu said. “That’s a significant number when you’re talking about a sparsely populated area like North Dakota.

“And besides the fatality and injury costs in fatal crashes quantified in our study, other costs may occur as well, including injury costs in nonfatal crashes and indirect expenditures on emergency services, insurance administrative costs, and infrastructure maintenance and replacement.”

To lessen the negative impact on traffic fatalities as well as the severity of traffic accidents, the study proposes a tax that can be charged per well to internalize the costs of fracking-related trucking activities, similar to the impact fees implemented in energy-rich towns in Pennsylvania that yield hundreds of millions of dollars per year for the state.

“The tax could serve as an economic instrument that affects operators’ drilling and fracking decisions and thus alleviate the hazard of the associated truck traffic indirectly,” Xu said. “Likewise, a toll fee by miles driven by trucks could be collected on highways to absorb the negative impacts of fracking-related trucking.”

The study also sheds light on more practical measures that local governments can undertake to curb the traffic risks associated with fracking.

Moreover, the paper calls for the active involvement of the oil and gas industry to seek ways to improve their workplace safety and mitigate the traffic hazard of fracking to road users.

“Our findings suggest that oil and gas operators could redistribute the traffic loads over time to avoid concentrated water hauling during peak hours,” Xu said. “In the long run, since a well may need to be fracked multiple times over its productive life, operators may improve the water supply system by constructing water wells serving multiple well pads via a piping system. They could also develop the onsite wastewater treatment and disposal facilities as opposed to trucking wastewater over long distances. Such measures would reduce the long-term transport costs and the associated traffic effects.”

The findings should give local and federal policymakers information when conducting due diligence and evaluating the regional costs and benefits of shale energy development, Xu said.

“Our study provides an estimate based on the North Dakota experience where population density and traffic volume is relatively low, but our findings have implications for other regions planning future shale development.”

The paper, which was co-written by Minhong Xu of Nanjing Audit University, was published in the Journal of Environmental Economics and Management.

We don’t have access to the final published version, but we did locate an earlier draft version of the study, which may be found here. 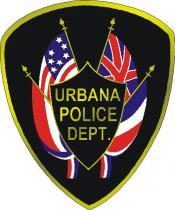 This “fracsearch” on “fraccidents” exhibits the very same problem as the school district finances study we reported on here and here. It attempts to identify what can only ordinarily be expected with some peculiar nefarious aspect of fracking. In the school finances study the authors posited that the greater absolute growth in the tax bases of wealthy districts in places such as Southeast PA compared to the smaller absolute growth in places such as Susquehanna County meant fracking did it. It was absurd reasoning.

In this “fraccidents” case a correlation of more trucking activity with more accidents is held up as evidence of fracking being dangerous. Once again, it is perfectly absurd. It’s like being told there is more snow in Minnesota than Florida. More to the point, couldn’t we draw the exact same conclusions where there are more colleges? We would have more “collaccidents,” wouldn’t we? Or, is that slang for pseudoscience? Either way, just stop it. No more “fraccidents” please.

1 thought on ““Fraccidents” Study Yet Another Case of Junk Science; More “Fracsearch””