Food and Water Watch is a completely radical organization that is conning taxpayers by using loopholes in the tax code to operate politically as a charity.

Yesterday, one of our readers sent me a news story about Chester County, Pennsylvania election results. The Philadelphia Inquirer article, written by Andrew Maykuth, noted “Opponents of Sunoco Pipeline’s Mariner East project won seats on the governing boards of two Chester County townships Tuesday in elections that had become referendums on the controversial pipeline.” While that was hardly surprising, what was disturbing was what came later in the story; a tale of how a supposed public charity called Food and Water Watch had deeply involved itself in those elections by using some subterfuge the IRS and others, including far too many in the oil and gas industry, are only too happy to ignore. 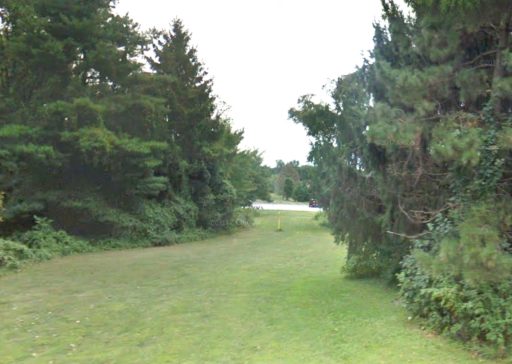 Existing Chester County pipeline, the route of which will Mariner East 2 follows in large part

Here are a few excerpts from the story (emphasis added):

Four Democrats, supported by the political arm of a national environmental group, won races for township supervisor in Uwchlan and West Goshen, which are bisected by the Mariner East system that conveys natural-gas liquids to Sunoco’s terminal in Marcus Hook.

The candidates — Mayme Baumann and Bill Miller in Uwchlan, and Mary LaSota and Robin Stuntebeck in West Goshen — vowed to use local zoning regulations to prevent construction of the pipeline they say is too close to occupied structures such as schools and homes…

Sam Bernhardt, senior organizer with Food & Water Action, said his organization spent  about $40,000 to provide organizers and to mail brochures to voters in the two townships. The effort was buttressed by a door-to-door campaign targeting every house within 1,000 feet of the pipeline route. Food & Water Action is the political arm of the national group Food & Water Watch.

The idea that localities should control the siting of pipelines is as absurd as it gets but it works for purposes of demagoguery and creating delay, which is the Food and Water Watch objective. This is why they’re engaged in the politics, but that doesn’t make it right.

I’ve written extensively here about tax-exemption abuse by fractivist non-profits who raise money in tax-exempt fashion (giving their donors write-offs to avoid paying taxes) and then turn around and spend it on lobbying and politics. The abuse is everywhere among radical environmental organizations who pretend they’re doing charitable “education” when, in fact, they’re doing politics.

Several of these organizations also set up political action groups to do their lobbying and politics, which, though perfectly legal, allows still more abuse. Food and Water Watch is one of those. The main organization is a charity authorized under Section 501c3 of the US Tax Code and as long as its lobbying is kept to a minimum, it is tax-exempt both with respect to its own operations and for purposes of donors giving it money, who can deduct it as charitable activity. The political organization, called Food and Water Action in this case, is provided for under Section 501c4 of the code and is only tax-exempt as to its own operations. Money donated to the latter is not tax-exempt and, therefore, not deductible.

This is where taxpayers are being conned. Food and Water Watch is using its charitable status to collect money and then turning a good deal of it over to Food and Water Action for political use; after the donors have claimed their deductions for charity. They do this in two ways.

Then, they provide the management of their “political arm,” effectively transferring money by guesswork and loaning it additional funds. Indeed, Charity Watch notes this:

According to the Food and Water Watch audit of December 31, 2015 (Note 7, Related Party Transactions):

Sam Bernhardt, the quoted representative of Food and Water Action, is, in fact, identified on the Food and Water Watch site as it’s senior organizer with these responsibilities:

Sam Bernhardt is a Senior Organizer at Food & Water Watch. Based in Philadelphia, Sam coordinates Food & Water Watch campaigns on food and water issues around the state. His work in Pennsylvania centers around empowering communities to fight by training and organizing groups to hold their elected officials accountable.

Sam has a range of organizing experience, having worked on local, state, national and electoral campaigns.

So, which is it? Is Sam paid by political donors who get no deductions or those who claim to be donating to charity and asking us to help support them through tax-exemption? There is no distinction between Food and Water Watch and Food and Water Action on their website and that’s deliberate.

It’s one gigantic scam where the two organizations operate as one for all practical purposes, using the same address, the same employees and, to a large degree, the same money. The fiction that these are two separate entities is obvious to anyone who looks at the facts. Combine this with our knowledge Food and Water Watch gets most of its money, not from membership, but from a handful of donor-advised funds designed to hide the real sources and uses fund-raising letters as political messaging tools and we begin to see the big picture. Food and Water Watch is scamming taxpayers in multiple ways. It’s also scamming voters who have no idea what the real game is and are simply pawns in the bigger chess game.

This is the nature of the opposition to the Mariner East 2 and other pipelines. Yet, it goes on uninterrupted by any investigations that we know about. No one from government even questions what is outrageous abuse of the rules. Journalists (and Andrew Maykuth is a good one) simply refer to the “political arm” as if that made what was happening ethically; as if there were any real separation between the charitable and the political.

The industry plays along as well, engaging in defense instead of offense when it should be challenging its enemy for its failure to play by the rules. When will industry realize it has to take the initiative in challenging this outrageous abuse? When will our elected Federal representatives, our regulators and, especially, our reporters start to take notice and do something about it? It’s a scandal ignored. Why?