A recent Millennium Pipeline decision slamming New York DEC was a needed move by FERC to protect its Federal jurisdiction but Congress needs to act as well.

FERC issued a key and very welcome decision on September 15, 2017 when it held that the State of New York, by its passive aggressive handling of a Clean Water Act (CWA) Section 401 Certification, had waived its authority to issue the Certification. FERC here slaps down on states treating CWA certifications as political footballs to veto pipeline infrastructure projects without regard to law or facts but based on politics and pressure by ideological anti-natural gas interest groups.

This FERC decision here involves the 7.8-mile Millennium Valley Lateral pipeline which is intended to serve the 680 MW gas-fired CPV Valley Energy Center in Wayawanda, Orange County, NY, currently under construction. FERC had granted the Certificate of Public Convenience and Necessity for the line on November 9, 2016 conditioned upon receipt or waiver of State CWA §401 certification.

Millennium had filed its Section 401 application with the New York State Department of Environmental Conservation (NYSDEC) in November 2015. NYSDEC slow walked the application issuing various further demands and moving the goal post further away.  It neither granted nor denied the certification. The federal CWA strikes a federal-state balance by requiring a state to grant or deny a CWA certification for a federal jurisdictional project within one year of receipt of the application. If that has not happened then the law provides that the state has waived its rights under Section 401 to further review the project under the federal CWA.

In July 2017 Millennium wisely asked FERC to declare that the State of New York had waived its authority to issue or deny a water quality certification. While Millennium’s request to FERC was pending, NYSDEC, realizing the pickle it was in, issued on August 30, 2017–one day before NYSDEC’s contended one-year deadline– a two-page letter (signed by the General Counsel of NYSDEC), which supposedly denied “conditionally” the Millennium water quality certification.

NYSDEC’s citation here is obviously irrelevant and in bad faith because a §401 certification is based on water quality matters, not air matters. The Sierra Club case has nothing to do with New York’s role under the CWA to review a project for consistency with state water quality standards. It is not NYSDEC’s job, nor within its authority under the CWA or as a state under the federal system, to evaluate and judge FERC’s NEPA analysis. That is the province of FERC and the U.S. Court of Appeals.

“Congress plainly intended to limit the amount of time that a State could delay a federal licensing proceeding without making a decision on the certification request. This is clear from the plain text. Moreover, the Conference Report on Section 401 states that the time limitation was meant to ensure that “sheer inactivity by the State … will not frustrate the Federal application.”

FERC was exactly right to act and it reached the correct conclusion. As I have written about before, the problem of “state veto” frustrating federal jurisdiction pipelines has reached epidemic proportions. The extreme Sierra Club, of course, had a temper tantrum over the decision issuing an irrational political, ideological and creedal statement that “FERC’s reversal of Governor Cuomo’s decision is an insult to New Yorkers…”, calling FERC names, and hurling their usual derogatory mendacious epithets at natural gas. 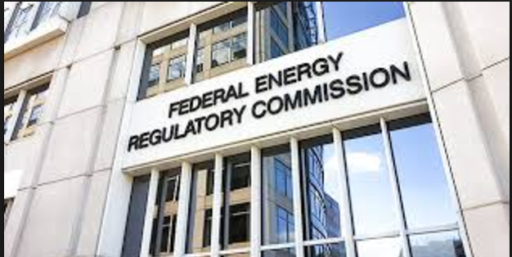 FERC correctly also said that New York’s late “conditional denial” was irrelevant “because New York DEC’s rationale for denying certification [is] not relevant to the issue of waiver under CWA section 401 [and that]will be addressed by the Commission in a separate order.”

More is needed though since states can avoid a waiver by simply denying certification. FERC even notes that States can avoid the consequence of its decision here by simply denying certifications—as they are wont to do. States often bully applicants into withdrawing pending valid applications for Section 401 certification threatening denial if companies don’t comply. If State officials have a political agenda to stop pipelines, whether they are ideologues themselves or pandering, or cowering, to extreme anti-natural gas groups, they can and will continue to stifle pipelines by abuse of Section 401 of the CWA.

So no question that Congress needs to step in to correct the improper “state veto” problem–which will continue. Congress should amend the CWA to harmonize its state review provision with those of the Federal Coastal Zone Management Act (CZMA) that have been working very well for a long time. The CWA “arbitrary and capricious” standard of review should be replaced with a “statutory purpose/national interest” standard to be administered by a federal cabinet officer (the Secretary of Commerce in the case of the CZMA). While such an amendment would take a lot of effort to achieve it would rectify this unwarranted “state veto” problem.

This article is based on a more in-depth article published in The Legal Intelligencer on September 18, 2017. To view the full article, please click here.

Mike Krancer is also Principal and Co-Founder of Silent Majority Strategies LLC (no relation to Blank Rome), an energy focused communications, permitting strategy and messaging strategy firm active in the Appalachian Basin on a variety of state and federal messaging, permitting and regulatory matters.

2 thoughts on “FERC Slams State Overreach on Pipelines; Congress Needs to Act, Too”