A four-member FERC issued a Certificate for the Northeast Supply Enhancement Pipeline this past week, which is a big step forward. The NESE is on its way!

The Federal Energy Regulatory Commission voted 3 to 1 to issue a certificate authorizing the construction and operation of “an expansion of Transco’s system in Pennsylvania and New Jersey and its offshore pipeline system in New Jersey and New York state waters (Northeast Supply Enhancement Project).” It is a big step forward for the project. It’s now up to the states to issue the necessary water quality certifications that will address those aspects of the project. Will New York and New Jersey do so? That remains to be seen, but they won’t find and support from FERC, even from the one Commissioner who voted no. 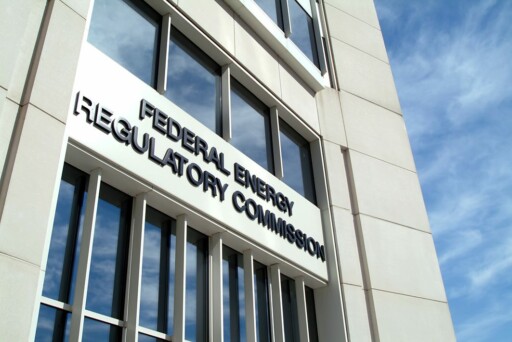 Here is the FERC decision on the Northeast Supply Enhancement Project. And, here are some key excerpts (emphasis added):

15. We find that the proposed project will have no adverse effect on service to Transco’s existing customers because the proposed expansion facilities are designed to provide incremental service to meet the needs of the project shippers, without degrading service to Transco’s existing customers. We also find that there will be no adverse impact on other pipelines in the region or their captive customers, and no other pipelines or their captive customers have filed adverse comments regarding Transco’s proposal.

16. We find that Transco has sufficiently demonstrated that there is market demand for the project. Transco has entered into long-term precedent agreements for firm service with the project shippers for the full amount of additional firm transportation service to be made possible by the project. Moreover, Ordering Paragraph (B)(4) of this order requires that Transco file a written statement affirming that it has executed contracts for service at the levels provided for in their precedent agreements prior to commencing construction.

18. Based on the benefits the project will provide and the minimal adverse impacts on existing shippers, other pipelines and their captive customers, and landowners and surrounding communities, we find, consistent with the Certificate Policy Statement and NGA section 7(c), that the public convenience and necessity requires approval of the project, subject to the environmental and other conditions in this order.

That pretty clearly dispenses with the factors FERC was created to consider. Demand, moreover, is obvious with gas distribution companies in the greater New York City area already forced to impose moratoriums on new connections.

But what about the environmental impacts? We’ve heard one ludicrous horror story after another from the Sane Energy wackos and other paid agents of the City’s gentry class about how the Northeast Supply Enhancement Project will destroy life as we know it. Well, FERC addresses those as well:

The final EIS concludes that construction and operation of the project will result in some adverse environmental impacts, but impacts will be reduced to less-than-significant levels with the implementation of Transco’s proposed, and Commission staff’s recommended mitigation measures, which are included as conditions to this order, as discussed below…

In filings submitted on February 27 and April 24, 2019, Transco states that the project would enable National Grid to convert approximately 8,000 customers a year from heating oil to natural gas, displacing up to 900,000 barrels of oil per year.

FERC, in fact, methodically and compellingly dispenses with every wacko environmental point of opposition. All four commissioners did so. The no vote on the Commission came from climate change fanatic Ted Glick. Commissioner Cheryl A. LaFleur also expressed somer climate concerns but came down on the side of the NESE in the end, implying the impact simply wasn’t that significant in the big picture and that the NESE was obviously mitigating those impacts itself, which is obvious to anyone with half a brain. She probably wanted to vote with Glick as an exercise in political correctness but, given there are only four FERC members now, public responsibility demanded otherwise. Good for her.

What must not ignored here, though, is that all four FERC commissioners rejected the falsehoods and the hysteria from the usual suspects. Good for all of them. They also made it clear the states have to act within the framework FERC has established:

Any state or local permits issued with respect to the jurisdictional facilities authorized herein must be consistent with the conditions of this certificate. The Commission encourages cooperation between interstate pipelines and local authorities. However, this does not mean that state and local agencies, through application of state or local laws, may prohibit or unreasonably delay the construction or operation of facilities approved by this Commission.

Yes! The Northeast Supply Enhancement Project is on its way. The only question is whether there will be delays fighting political denials of water quality certifications by New York and New Jersey. The pressure is now on them.