[Editor’s Note: Farmers and landowners have been helped tremendously by the economics of Marcellus Shale development, which are highly positive.]

The 105th Pennsylvania Farm Show kicked off on Saturday, Jan. 9 and runs through this Saturday, Jan. 16. Sadly, this year the farm show is all virtual due to the coronavirus. In honor of this year’s Farm Show, the Marcellus Shale Coalition published a post on their blog site chronicling how the Marcellus Shale industry has benefited (continues to benefit) thousands of PA farmers.

Aside from bonus and royalty payments, the shale industry has dramatically increased the value of farmland in those counties with active drilling. Example: In Susquehanna County (just over the border from MDN headquarters), farmland used to be sold for $750/acre prior to the shale revolution. Nowadays? Sometimes it sells for $10,000 per acre!

Farmers and the shale industry are partners. Each needs the other. Sometimes there’s a bit of tension (i.e. certain companies, like Chesapeake, taking large deductions from royalty checks). Most of the time farmers are big supporters of shale energy. 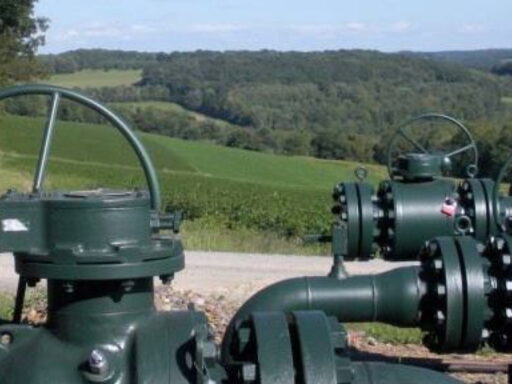 Here’s a look at how the Marcellus has made life better for many of PA’s farmers over the past dozen years or so:

The strong partnership between two leading economic sectors – natural gas and farming – will be spotlighted this week as the 105th Pennsylvania Farm Show kicks off virtually.

A key supporter of Pennsylvania agriculture, the growth of natural gas development supports the long-term sustainability, opportunity and outlook for family farmers across the region.

Here are a few ways how:

Royalty payments in particular, which landowners receive in return for leasing their minerals for natural gas production, provide a source of revenue for farmers to invest in new technology, support employees, and expand business operations that add to the overall health of the farm.

“With natural gas royalty payments, farmers and agri-business professionals are reinvesting in their farms, and improving their overall quality of life,” Jason Fink, president of the Williamsport/Lycoming Chamber of Commerce, told viewers at an annual energy forum in September.

This point was reaffirmed over the summer, when Pa.’s Independent Fiscal Office (IFO) reported personal income growth was higher in shale-producing counties compared to non-producing counties throughout 2019. The IFO’s 2019 analysis calculated that royalty payments to landowners totaled more than $8 billion between 2010 and 2019.

“Natural gas companies such as Cabot Oil & Gas and Range Resources have literally paid billions of dollars in lease bonus payments and royalties to farmers in the counties where they operate,” Dave Williams, a Pennsylvania Farming broadcaster, wrote.

And as a Lancaster Farming article pointed out, “natural gas royalties provide welcome income to farmers and other landowners in some of the state’s rural, mountainous counties.”

“The Marcellus Shale natural gas field has provided money to the owners of the old farms,” a Pittsburgh-native farmer wrote to the Post-Gazette last month. “Family members have bought new tractors and other equipment and once again plant grain and bale hay.”

Seneca Resources, too, has helped local farmers through supporting county livestock sales. In August, Seneca purchased nearly $2,000 worth of livestock from the Clarion County Fair. In total, the fair raised more than $90,000.

But natural gas producers and pipeline operators are also key drivers of economic growth, small businesses, and manufacturing outside of the more-populated Pittsburgh and Philadelphia markets.

Farmland that used to be valued at $750 per acre, for example, is now valued at $10,000 per acre because of drilling permits and other gas-related activity, a Susquehanna County supervisor, Alan Hall, said. Hall also said that natural gas has helped the counties along the “upper-tier” touching New York State attract business activity.

While these monies can be used to make farms more competitive and cost-effective, the presence of an abundant energy supply also kickstarts ancillary businesses that help farmers save money.

In rural Clinton County, Pa., for example, plans for a natural gas synthesis plant are boosting the local economy with nearly 200 jobs expected when it comes online in 2024-2025. The KeyState Zero plant will tap into the natural gas beneath its property to serve as a feedstock to manufacture urea fertilizer, providing “Pennsylvania agriculture with its own, stable, lower-cost supply,” project chairman and acting CEO Perry Babb said.

The Lancaster Farmland Trust Challenge Grant Program, which this year distributed more than $160,000 to farms in Lancaster County, gets a majority of its funding from Act 13 funds. The Farmland Trust, for example, hopes to preserve 20 farms across the county this year, accounting for more than 1,200 acres.

“American natural gas has been a godsend for many farmers. It has brought down fuel costs considerably, helped make some farmers very prosperous and even helped reduce carbon emissions,” Carol Ann Gregg, a former dairy farm owner in Southwestern Pa., explained. “Balancing environmental, economic and agricultural interests starts with energy. The evidence is plentiful in the commonwealth.”