The NRDC gang has been pursuing a ludicrous lawsuit strategy against Exxon via through the La Jolla Junta. Is it really about telling Exxon to stay away?

If you enjoy slapstick humor, you’ve got to follow People of the State of California v BP. This case features more exploding cigars than a “Three Stooges” marathon.

This multi-billion-dollar lawsuit—brought by anti-industry trial lawyer and La Jolla conferee, Matt Pawa, on behalf of the cities of San Francisco and Oakland—is one of nine nearly identical lawsuits filed by U.S. cities against the world’s leading oil companies. And if this particular case is any indication, they are all doomed.

Pawa suffered his first humiliation when defendant Exxon filed court papers in January seeking to force government officials to explain under oath how they could file lawsuits that warned of “imminent sea level rise [which] presented a substantial threat to its jurisdiction,” while failing to “disclose to investors such risks in their respective bond offerings.”

For example, San Francisco’s lawsuit said it faced “imminent risk of catastrophic storm surge flooding,” while a general obligation bond offering last year said the city “is unable to predict whether sea-level or rise or other impacts of climate change…will occur,” according to The Wall Street Journal.

As New York University law professor Richard Epstein told Forbes magazine, “the cities and counties are now in a tough position because if officials admit their litigation claims were flawed, they kill their own lawsuits. But if they admit they lied to or withheld information from investors, they open themselves up to potential fraud liability.

“The cross examination,” he added, “is going to be brutal.”

The second cigar exploded last week when Pawa was forced to file an amended complaint after U.S. District Judge William Alsup accused the plaintiffs’ attorneys of misleading the court when they tried to portray an internal memo by an industry association as evidence of a conspiracy to suppress climate science. 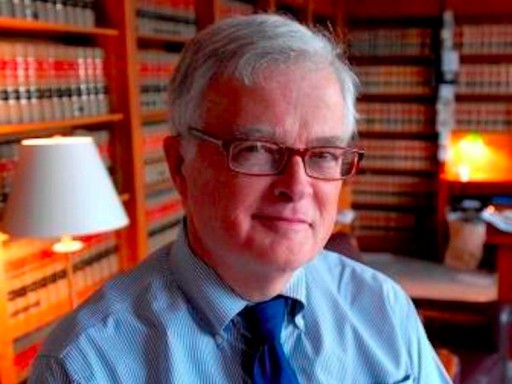 That “evidence” fell apart when it was revealed to be a memo summarizing the findings of a public report by the U.N. Intergovernmental Panel on Climate Change (IPCC).

The transcript of the judge’s revelation and the attorney’s reply is priceless.

Judge Alsup: I read that paragraph 67 the same way; that there was a conspiratorial document within the defendants about how they knew good and well that global warming was right around the corner. And I said:  “Okay. That’s going to be a big thing. I want to see it.”

Well, it turned out it wasn’t quite that. What it was was a slide show that somebody had gone to the IPCC and was reporting on what the IPCC had reported, and that was it. Nothing more… Anything you want to say?

On the very day Pawa submitted his amended complaint, The Daily Caller lit the latest cigar when it published an article challenging the lawsuit’s assertion that San Francisco and Oakland were facing a “catastrophic” ten-foot sea rise by the year 2100—known as the H++ scenario.

That claim came from a report, Rising Seas in California, which did mention a theoretical possibility of such a rise. But the report went on to caution that “at this point, it is scientifically premature to estimate the probability that the H++ scenario will come to pass, and, if so, when the world will move onto the H++ trajectory.”

Further, The Daily Caller cited a recent study by two Australian researchers who “called into question the validity of sea-rise estimates” cited in Pawa’s lawsuit. The study, California Sea Level Rise: Evidence-Based Forecasts vs. Model Predictions, found that “The evidence from the measurements does not support the IPCC expectations or the even more alarming predictions by the [Rising Seas study].”

And speaking specifically of the Rising Seas study, (which, interestingly, counts La Jolla conference attendee Claudia Tebaldi among its seven working group members), the Australian researchers note, “These claims and the subsequent analyses are too speculative to make them suitable for use in planning or policy making. The only thing that is sharply accelerating in sea level science are the fantasies.”

Sea-rise lawsuits are also sharply accelerating. But this last exploding cigar may have just put a stop to that.

Editor’s Note: While the most recent putdown by Judge Alsup was about BP, the case was tied to the NRDC campaign against Exxon. The NRDC gang really has it in for Exxon. The organizer of the La Jolla Junta was Richard Ayres, one of two Rockefeller shills (the other being John Adams) who founded the NRDC. Ayres already made it clear a year ago the lawsuits are not what they seem, when he told a gathering of like-minded folks this:

“A RICO case, which points the finger and says ‘you violated the law,’ is a way of conveying that message to people, getting attention of course from the press, and in some ways we suspect that that outcome, that aspect of it might be more important even than winning the case.”

So, its about getting attention, but to do what? The answer is to put the fear of the NRDC gang, which is the force behind the La Jolla Junta and its team of trial lawyers and other special interests. The NRDC gang interests are very much in conflict with those of Exxon, whose subsidiary XTO Energy, owns major natural gas rights in the upper Delaware River basin where John Adams (father of the Catskill Mountainkeeper and also founder of the Rockefeller enterprise know as the Open Space Institute.)

OSI is involved in making a wilderness of this area to protect the region surrounding its own enclaves (Rockefeller land developments for the elite) and conducting land scams to do so. Those land scams are threatened by anything that would raise land prices and incentivize landowners holding onto their property. The NRDC gang would love Exxon to hightail it out of the area. This isn’t the only reason the NRDC gang hates Exxon, but it’s a significant reason.

One thought on “The Failed Lawsuit Strategy of the La Jolla Junta. Or, Was the Whole Thing a Ruse?”