British Columbia hypocrisy on pipeline issues is a case of BC vs. PC, the latter being political correctness on environmental morality that ignores facts.

Those of us involved in the energy industry in the United States have watched as states like New York and Massachusetts try to usurp the Federal government’s power to approve and permit interstate pipelines.  Our issues seem like child’s play, however, compared to the goings on in the Canadian West.

Enter the British Columbia Provincial government, now controlled by New Democrat Party Premier John Horgan (the equivalent of an American State Governor).  Like New York Governor Andrew Cuomo, Horgan vowed that the Trans Mountain Pipeline would not be built until BC environmental concerns were studied further.  Outraged, Alberta Premier Rachel Notley responded first by halting imports of wine from British Columbia, and later by introducing a new law in Alberta that would give the provincial government a veto on whether or not it will allow oil and gas shipments to other Canadian provinces.  In effect, Alberta is threatening to embargo energy shipments to BC.

Alberta’s energy-producing eastern neighbor, Saskatchewan, followed suit and backed Alberta.  BC Premier Horgan then filed a lawsuit in the Court of Appeals asking three Canadian constitutional questions (1) whether BC has the power to regulate how much oil flows into BC; (2) whether that conflicts with any Canadian Federal laws; and (3) whether bitumen is a hazardous substance that can be regulated at provincial borders.  BC also attached a proposed bill that would require any company seeking to transport these substances to or through BC to first get permits from BC.

Kinder Morgan announced that it now faced a political risk which it can’t quantify and would not continue without a financial partner alleviating those risks.  The Province of Alberta agreed to take a percentage of the pipeline.  Kinder Morgan also gave Canada a  deadline of May 31  to resolve all of these issues.  Canadian Prime Minister Justin Trudeau, whose government approved the pipeline and backs its construction, met with both Horgan and Notley in April but got nowhere.  Now, his government intends to intervene in the BC Court proceeding to uphold the concept of Federal preemption.

The court battle could drag on for months if not years, but if Trudeau wants to really pressure BC he can use BC’s environmental hypocrisy against it.

Along with its American West Coast neighbors of Washington, Oregon and California, British Columbia has a strong environmental movement.  Curiously, it remains blind to its own contributions to climate change.  While oil and gas are fossil fuels, both are cleaner than coal.  Guess where North America’s largest coal exporting terminals are located?  Vancouver, British Columbia. 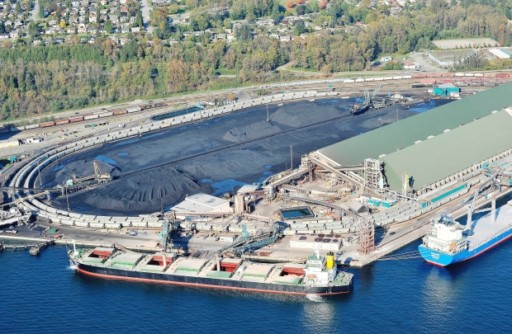 The good citizens of BC are responsible for shipping out massive amounts of coal and profiting from it.  So large is the BC coal export business that in 2017 it exported 36.8 million tons of coal, well beyond the 31.5 million tons shipped out of Norfolk, Virginia, America’s largest exporter.  For perspective, the total coal production in the entire country of Mexico in 2017 was less than 16 million tons, and the total amount of coal exports from the entire United States West Coast is less than 10 million tons.

It doesn’t stop there.  Coal is BC’s largest export commodity.  On its website, the BC Ministry of Energy, Mines and Petroleum Resources glows about BC’s coal production:

“Coal production is a mainstay of the province’s economy, generating billions of dollars in annual revenue and supporting thousands of well-paid jobs.”

While lawmakers in Washington and Oregon began shutting down their coal exporting facilities due to environmental concerns, BC was more than willing to pick up the slack for coal produced in Wyoming and Montana.

Vancouver also has not been shy about accepting coal company largesse.  As the National Post points out, the largest single donation to the Vancouver Aquarium came from a coal company, and over the last five years coal companies have spent $2.29 billion in Metro Vancouver.

If Prime Minster Trudeau wants to squeeze BC, he can require them to live up to their own environmental rhetoric.  Trudeau can seek whatever powers he has to curtail BC coal production and export until further study is done on their long term environmental impacts.  Trudeau is loath to do that, of course, as it could devastate BC economically.  The fact that this lever exists, however, shows how complicated a subject energy really is, and how suspicious one should be of others claiming environmental superiority.

During this last winter New England needed to import natural gas from Russia drilled in a sensitive eco-system in the Arctic with minimal environmental safeguards.  As with British Columbia, those who claim to be most pure about their environmental motives often do the most environmental damage.

Whether or not Trans Mountain does or should be built is a Canadian decision.  Indeed the political futures of both Premiers Horgan and Notley, and even Prime Minister Trudeau may be at stake over its outcome.  But as with any energy project, it is wise for all concerned to be guided by the facts, not by any overstated claims of environmental morality.

One thought on “Facts, Not Overstated Claims of Environmental Morality, Should Decide”