A federal judge issued ExxonMobil a discovery order to examine records of the MA Attorney General’s office, stating they acted in “bad faith.”

The table has been turned on Massachusetts Attorney General Maura Healey and her corrupt co-conspirator, New York Attorney General Eric Schneiderman. A U.S. District Court Judge in Texas has granted Exxon the right to examine “internal phone records, other communications and depositions” related to Healey’s involvement in attempting to persecute ExxonMobil about its speech. Perhaps the judge will also extend his order to NY AG Eric Schneiderman too? That would be terrific. 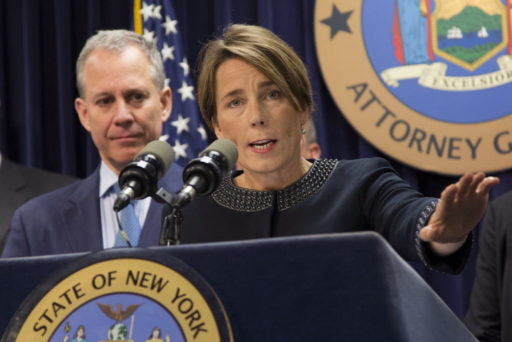 At a minimum, when Exxon goes fishing, no doubt communications (i.e. corrupt collusion) between Healey and Schneiderman will be found and exposed to the light of day for all to see. In our wildest dreams both AGs will be forced to resign, an appropriate action considering their rabidly radical views against, and attempts to criminalize, fossil fuels. Here’s the low down on what the judge said and did.

In a victory for ExxonMobil, a federal judge in Texas has issued a discovery order against the Massachusetts attorney general in the hotly-contested investigation about whether the oil giant concealed information about climate change from investors and the public.

But the district court judge said he would wait for the results of discovery by both sides before deciding whether to grant a preliminary injunction against the Massachusetts attorney general as Exxon requested.

The new discovery order could open the door for an intrusive examination of Maura Healey’s internal phone records, other communications and depositions related to the Exxon case, a prospect Exxon relishes given the sweeping nature of subpoenas that the Massachusetts and New York attorneys general had obtained to investigate the company.

U.S. District Judge Ed Kinkeade said the “anticipatory nature” of public statements by Healey raised questions about whether she might have acted with in “bad faith” in launching a broad investigation into when ExxonMobil knew about compelling evidence showing mankind’s role in speeding up global warming through the burning of fossil fuels.

Healey argued in court that she and New York state attorney general Eric Schneiderman issued subpoenas to investigate whether ExxonMobil had committed consumer and securities fraud. Their requests for information stretched back to Jan. 1, 1976, when environmental groups believe the company clearly understood the link between oil and gas and climate change.

Healey also argued the Texas court lacked jurisdiction over the state-level investigation in another state, and asserted her jurisdiction even though Exxon has claimed to have few or no assets in Massachusetts.

“Consumers and investors have a right to understand what Exxon knew about the impact of fossil fuels and when,” said Healey’s press secretary Jillian Fennimore. “Despite its claims, Exxon is subject to the laws of our state and is accountable for any misrepresentations it may have made. We will continue to fight aggressively on the basis of our clear legal authority.”

Exxon argued in court that the attorneys general were pursuing a political agenda in hand with environmental groups. Those groups, which met with the Democratic attorneys general waging the case and which are the targets of subpoenas issued by the House Science, Space and Technology committee, say they were exercising their right to petition to the government on questions of public concern.

Kinkeade, appointed by President George W. Bush in 2002, said if Healey had already made up her mind and thus issued her subpoenas “in bad faith” then the court in Texas, where Exxon is based, could intervene. He cited a press conference on March 29 — advertised as “AGs United for Clean Power” — where Healey and other attorneys general announced their investigations of Exxon.

“Fossil fuel companies that deceived investors and consumers about the dangers of climate change should be, must be, held accountable,” Healey said then. “We can all see today the troubling disconnect between what Exxon knew, what industry folks knew, and what the company and industry chose to share with investors and with the American public.”

Kinkeade said that the “anticipatory nature” of Healey’s remarks were “concerning to this Court.”

Exxon spokesman Alan T. Jeffers said in a statement that “her investigation and others like it are part of an orchestrated campaign against our company that is without legal merit.” 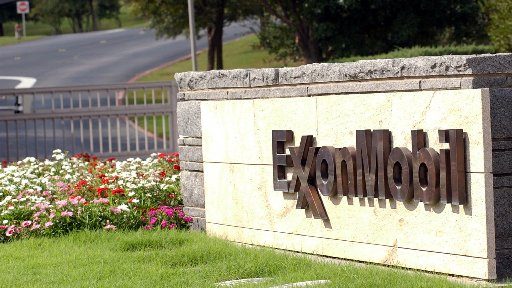 Exxon is asking the court to bar Healey from continuing her investigation, saying it is an imposition on its right to free speech under the Constitution. The company also refutes the claims that it tried to cover up its own studies, and said it currently advocates for actions to combat the threat of Climate Change.

The judge wants Healey to fork over documents that would help him understand the basis for her investigation. Opponents of the probe say the federal court could unravel the Democrats’ efforts by revealing what emails and other documents obtained by Freedom of Information Act requests have shown — that the investigation is based on specious facts and is driven by politics, not policy, the law or science.

“We know from FOIA’d emails that the AGs in Schneiderman’s climate coalition tried to hide behind a Common Interest Agreement, which would keep their correspondence on the Exxon investigations secret,” according to a blog posted by the oil industry-backed group Energy In Depth. “But sunlight is the best disinfectant, they say, and that is exactly what taxpayers will get [as] a result of today’s action.”

Here, also, is the excellent Energy in Depth article referenced above.

Editor’s Note: Here’s another EID post summarizing where we are today. Schneiderman, one of the nastiest demagogues out there, is being exposed for what he is—a NRDC gang shill and a political prostitute. Healey and Schneiderman’s claim this matter is about “consumer and securities fraud” is nothing less than a bold-faced lie and everyone knows it. It’s about intimidating an industry and its free speech. It’s a message from these two politically ambitious AGs to ExxonMobil that it had better toe the line on speech or it won’t be permitted any.

The temptation, of course, is to fall for the trap and make it all a debate about global warming or what ExxonMobil said or didn’t say or when it did or didn’t do either. Natural gas, which ExxonMobil produces, after all, wins the global warming debate hands down, as absolutely nothing has had a more favorable impact on CO2 emissions than power plants switching from coal to gas. That would miss the much bigger point, though.

What’s at stake is the right to speak and not have your speech mediated by government tyrants with the power of indictment. They don’t want to debate. They want to obliterate any right we have to debate. They want the right to simply shut us up, whatever our message, if we don’t sign on 100% to their’s. They’re today’s bookburners. They need to be beaten back and ExxonMobil’s aggressive effort to do just that is to be applauded. 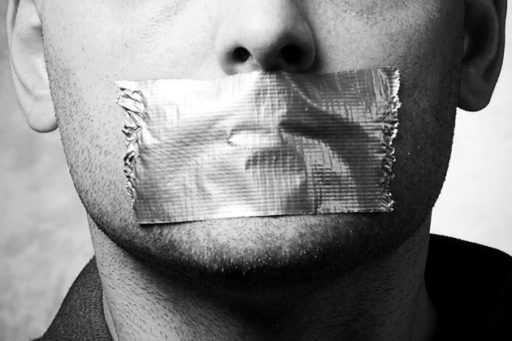 It’s about the speech!