Economies are booming as the United States reaches energy independence, leaving those who still oppose fracking out in the cold and importing expensive Russian gas.

This may be the last article I will write in defense of fracking safety against the false and misleading propaganda of radical environmentalists. That’s because the era of this resistance movement is now over, and the worldwide adoption of this technology is spreading rapidly. It is now viewed as the solution to our energy future.

This resistance effort became more a political movement and was an utter waste of resources, money, and time. Why? In order to scare you, the public, and stop the adoption of a technology that will eventually eliminate the use of coal for power generation and achieve energy independence. It will extend the use of petroleum and natural gas as our prime energy source for future generations, and that’s the problem for the anti-fracking coalition.

Large fracking projects have now been initiated worldwide, in the Mid-East, Argentina, UK, Russia, who have massive shale reserves like us. BP’s $12B gas project in the Oman desert in the Khazzan shale  is pumping 1.0 billion cu ft/day which is more than enough to meet the average daily requirement of the state of Connecticut, with another 500M cubic feet coming on stream soon. The project came in at $4B under budget as a result of our improving technical know-how.

Expertise gained from their U.S. operations has now led the major oil companies to move towards “short-cycle” techniques using fracking, where production can be turned on or off quickly depending on the oil price cycle. Thus, avoiding traditional “long-life cycle” projects requiring massive capital investment that must continue to produce regardless of the price volatility because of the high cost of shutting down and starting up again. This makes us the world’s “swing” producer which is a significant advantage in the geopolitics of oil and gas production.

The greatest threat we now face is the environmental movement to stop the gas from getting to market in the most efficient and safest manner. There are numerous examples of pipeline sabotage and political propaganda to slowdown and force communities to use stalling tactics in the courts to delay or prevent the needed construction and connection to our vast pipeline network to provide the capacity needed to deliver this product.

Nowhere is this more apparent than in New York and New England; where NY’s inept Governor Cuomo banned fracking and refuses to permit pipeline construction through NY to move gas from the Marcellus region in Pennsylvania to New England. Residents in the Northeast U.S. pay 44% more for electricity and manufacturers pay 62% more than the national average. 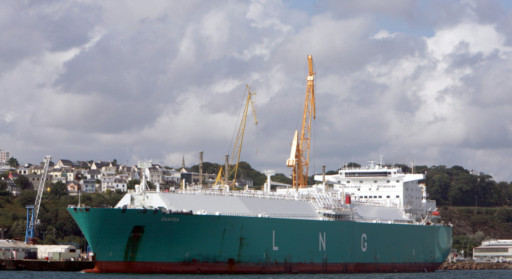 People in the NE area had to resort to imported Russian natural gas last winter when supplies got dangerously low due to the lack of transmission capacity. Ironically, the world’s largest producer of natural gas had to purchase gas from its main competitor at an exorbitant price because of environmental advocacy! By 2020, the region will lose 78,000 jobs, $4.4 billion in lost labor income, and $7.6 billion in loss GDP, if this debacle continues.

It’s likely that our SW Florida Conservancy will be supporting this next environmental pipeline gambit in their futile campaign to eliminate the use of fossil fuels. Preventing the cheap and safe access to this valuable supply of energy in various regions of the country will be its new objective. Let’s hope your money doesn’t go towards the dangerous criminal activity that we have already seen.

Because fracking has been such an amazing boom to our economy, permitted us to be a major exporter of oil and gas, given us energy independence, and plays an important role in our geopolitics, I consider this a major victory. Therefore, there is no longer a need to defend it against those who would rather have you pay more for your energy and freeze your ass off next winter in New England.

George P. Ahearn was the co-founder and President, Chief Executive Officer, and Chairman of GEO Specialty Chemicals, Inc. from its inception in 1993 until he left in 2005. Prior to that time, he was President and Chief Operating Officer of the Hall Chemical Company, a maker of specialty metal-based chemicals from 1988-1992.  Mr. Ahearn was employed for 28 years by Exxon Corporation and Exxon Chemical from 1960-1988, holding various executive positions in research and the business.