The planting of an Environmental Integrity Project story on the National Geographic blog illustrates what a dishonest enterprise the whole thing really is.

A recent story on the National Geographic blog descends into the depths of demagoguery  with an attack on natural gas development in Washington County, Pennsylvania. The text was provided by the Environmental Integrity Project. It uses anecdotal information to suggest natural gas development in the area of the Fort Cherry School District has caused benzene poisoning of a child. No causal information whatsoever is offered. The authors also bring in irrelevant references to matters in Texas in an effort to disparage the industry and lead the reader to conclude this must be what’s happening in the area.

It’s a classic disinformation initiative and has been thoroughly debunked by Energy In Depth. What interests me even more than the very positive facts themselves is how this story came to be. It is a textbook illustration of how fractivism works. It also demonstrates a complete lack of integrity on the part of the Environmental Integrity Project. 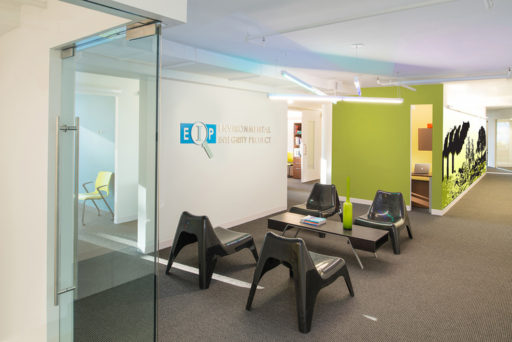 The incessant moralizing on the part of groups such as the Environmental Integrity Project in the way they name themselves hides their true agendas and special interests. They conduct their operations in the same manner. Consider the fact their story was posted on November 16. That’s less than two weeks ago and a full five months after the publication of a study requested by the Fort Cherry School District to discern the potential impacts of natural gas development on students and other residents of the area. Yet, incredibly, the Environmental Integrity Project never even mentions it.

What possible excuse could the Environmental Integrity Project have for ignoring the study? Were they unaware of the study? That’s hard to believe and, if true, it demonstrates thorough incompetence. A Google search on “Fort Cherry fracking” brings it up promptly. Was it lack of access to the study? No, they could easily have accessed it here it for $39.95. Did they suppose the study wasn’t credible or worthy of mention? That’s also hard to believe given the credibility of Cardno ChemRisk, the very well respected scientific health and risk assessment firm that performed it.

No, none of these excuses or rationalizations make any sense in this case. The Environmental Integrity Project appears to have not mentioned a study directly contradicting their suppositions for one reason; it didn’t fit the desired template. This is how fractivism works. If this example is any indication, there is zero integrity at the Environmental Integrity Project. Here, in fact, are the findings of the Fort Cherry study with regard to Benzene levels: 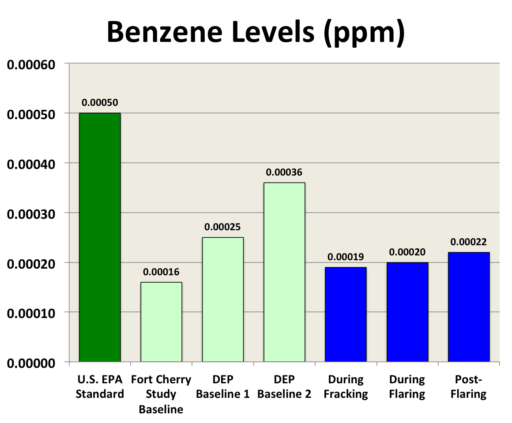 The recorded Benzene levels during fracking, flaring and post-flaring all were less than half the U.S. EPA Regional Screening Level (RLS) health protective limits. They were also less than both of two Pennsylvania Department of Environmental Protection baseline figures chosen because they were located outside of fracking areas. They were only slightly higher than the baseline in the Fort Cherry study. Benzene, in other words, was lower than normal, not higher. There was simply no basis in fact for any of the assertions made by Environmental Integrity Project in its National Geographic blog piece. It was all conjecture and demagoguery; basic fractivism.

We also have a pretty good idea of the purpose from the group’s management and its funding sources. The Park Foundation, for example, which fights fracking from natural gas heated offices in Ithaca, New York, gave it $40,000 this year (and the same amount last year) to “Work to apply pressure on federal and state agencies to better regulate the oil and gas industry and protect the public from the effects of toxic chemicals and greenhouse gas emissions.”

More importantly, though, the Energy Foundation gave it $400,000 last year (roughly a sixth of its budget). It did so “To promote education and analysis to advance clean, affordable energy that protects public health.” By that it means the renewable energy in which it’s largest funder, Nat Simons (the Sea Change Foundation) is heavily invested through his hedge funds.

The Energy Foundation and the Sea Change Foundation are inextricably intertwined and the latter is funded by Simons, who owns Elan Management LLC, described as follows:

Elan Management is an early stage venture investment group based in San Francisco, CA focused on the alternative energy and clean technology spaces. We invest in world class teams working across a wide range of technologies including solar, wind, water, energy efficiency, materials, transportation, energy storage and bio-fuel/chem. Our portfolio reflects our broad scope and our investments range in size from seed stage to expansion stage.

The Environmental Integrity Project, therefore, has a direct interest in tearing down natural gas and building up renewables. Ironically, the latter depend on the former for success but it is coming fast enough for investors such as Nat Simons, so they’re putting big money (including some dark money) into stepping up things by promoting fractivism. That’s what the Environmental Integrity Project is really about.

A quick check of the organization’s Board of Directors is also revealing. The President is John Dawes, Heinz Endowments man for all seasons. Dawes is Executive Director of the Foundation for Pennsylvania Watersheds. He is heavily involved in Penn Future, as well; another fractivist group funded by Heinz. The Heinz Endowments has given the Environmental Integrity Project $1,078,000 since 2008. Together with its Heinz sister group, the Clean Air Council, it is leading efforts to oppose air quality permits for the Shell cracker. Heinz, of course, funds multitudinous fractivist initiatives designed to frustrate natural gas development in Southwestern Pennsylvania and elsewhere.

Dawes, moreover, is just the beginning. There’s also Wesley Warren, the Treasurer, who is Director of Programs, Natural Resources Defense Council. Yes, the Environmental Integrity Project is connected with the NRDC gang. There’s also another direct connection in the person of Larry Shapiro, Associate Director of Program Development at the Rockefeller Family Fund. He joined them after directing the New York Public Interest Research Group’s (NYPIRG) environmental programs from 1988 through 1999. NYPIRG, of course, is the trial  lawyer rainmakers group Rockefeller associate Jay Halfon (now of the Park Foundation, Earthworks, 350.org, etc.) ran when he wasn’t leading the New York Trial Lawyers Association. A member of Bobby Kennedy Jr.’s law firm also serves on the board. Everyone is connected in the world of elitist fractivism.

Then, to top it off, we find this name on the Environmental Integrity Project Board of Directors: Al Armendariz, Senior Campaign Representative, Sierra Club. Remember Al?

Yes, there’s so little integrity to the Environmental Integrity Project they put “Crucify Them” Al Armendariz on their board. There’s little to add after that but I will mention that one of “Crucify Them” Al’s targets during his brief tenure at EPA was Range Resources, which also happens to be a target of this latest National Geographic blog hit piece. You don’t suppose there’s a connection, do you? Nah, couldn’t be…it’s the Environmental Integrity Project isn’t it?

12 thoughts on “The Environmental Integrity Project: A Dishonest Enterprise”