The Southwest Pennsylvania Environmental Health Project is no objective research organization and its recently announced health study isn’t anything of the sort.  Rather, it’s a community organizing project – against natural gas development.

If I issued a research report proclaiming that natural gas development only rarely resulted in cases of methane migration, what do you think the chances are the news media would report the results without mentioning my long-standing role as an advocate  for the industry? If you said they were on par with the Chicago Cubs winning the World Series, you’d be generous in the extreme.  Yet, this is how propaganda put out by the Southwest Pennsylvania Environmental Health Project last week was treated in much of the press.

The Associated Press (AP), for example, in an otherwise reasonably balanced story, never addresses what the real nature of the Southwest Pennsylvania Environmental Health Project, only describing it as follows:

The Southwest Pennsylvania Environmental Health Project has been trying to help people who feel they’ve been sickened by natural gas drilling or processing for about 18 months in one county south of Pittsburgh.

The work is potentially important because it’s one of the first long-term attempts to monitor drilling-related health impacts, and it could help other groups identify possible symptoms.

The story goes on to indicate “the project found 27 cases where people in Washington County believe they were hurt by nearby drilling — seven cases of skin rashes, four of eye irritation, 13 of breathing problems and three of headaches and dizziness.”  It is, in other words, little more than a collection of a handful of anecdotes from people who believe natural gas development is to blame, with absolute no data on causation to back up any of it.  Talk about a sham report!  Yet, it got AP play, albeit with some balancing comments from critics.

Unfortunately, though, AP failed to indicate the bias of the source.  The Southwest Pennsylvania Environmental Health Project is anything but objective or scientific.  The Project Director is an individual named Raina Rippel (pictured below).  One might expect an enterprising journalist to ask who exactly Rippel might be, but it didn’t happen and it’s hard to believe AP’s reporter hasn’t heard of Facebook. 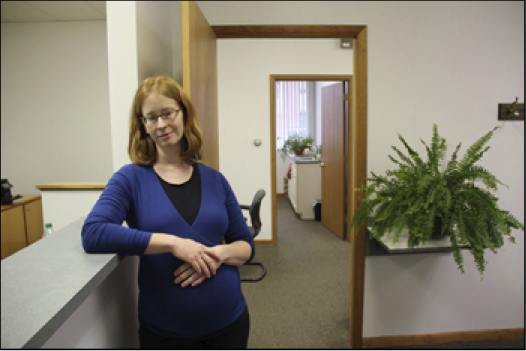 Yes, Rippel, like most of us, has a Facebook page and, while it lacks a timeline and some of the other information normally found on such sites, it is, nonetheless, revealing.       Is it not relevant that one of her 22 “Likes” (and one of her three groups) is Marcellus Protest, an organization that describes itself as “an alliance of western PA groups & individuals building a broad movement to stop the destruction of our environment and communities caused by Marcellus Shale gas drilling.”  Then, there are the others, which include Clean Water Action, 1,000,000 Strong Against Offshore Drilling, the Center for Coalfield Justice and various other anti-gas, anti-oil, anti-coal sites.  Do these choices not indicate an advocate, rather than a scientist or anything close to an objective researcher?

Facebook isn’t the only source a journalist might have checked out, however.  Rippel is on YouTube with this video displaying her total bias against natural gas development and offering some not so subtle advice to the New Yorker interviewing her not to let it happen there (49:35).  Moreover, her enterprise is funded by the Heinz Endowments, which has been behind numerous anti-gas initiatives throughout the Northeast.  Rippel previously served as Executive Director of the Center for Coalfield Justice, another Heinz-funded industry attack dog and, significantly, the Southwest Pennsylvania Environmental Health Project website describes her as  “Trained in community organizing, she holds a Bachelor of Arts in Urban Studies from the University of Pittsburgh.”

That pretty much says it all, doesn’t it?  What has been ballyhooed in the press as “one of the first long-term attempts to monitor drilling-related health impacts” is just another community organizing gimmick, a pseudo-scientific collection of stories without substance, prepared under the direction of an urban studies graduate.  So, what else is new?