If you live in Upstate New York you either know what’s going on politically, or you have your head stuck in the “colon highway of ignorance.” Most people who come here to read blog posts are well aware and can’t wait to read the responses from the ignorant mentioned. If Tom prints this as written, then by now you have a smirk of anticipation of what’s to be written below.

My inspiration for this blog came from this letter I just received from Peter M. Iwanowicz, the
Executive Director of Environmental Advocates of New York. Here is the bulk of his attempt to fundraise from Upstate residents his organization is bleeding dry, gradually turning everything north of Orange County into the New Amsterdam Wilds, an empty barren opportunity desert reverting to a wilderness playground for city elites.

We never could have had this much success without your donations, your advocacy, and your feet on the ground. The tremendous achievements of 2019 were years in the making and came about because you are as committed as we are to a healthier and cleaner place to live, work, and play. Your actions, be they gifts or advocacy, directly feed our frontline efforts that then protect communities and improve the lives of the nearly 20 million people that call New York home.

This year will be filled with challenges and opportunities. As we fight the awful policies that are flowing from the Trump administration, we will continue to press New York’s leaders to further protect our environment. The promises made in law 50 years ago of clean water to drink and air safe for all to breathe are still unfulfilled. Today, as another generation marches to demand action, 2020 must be the year for lawmakers to respond. With you all at our side, we have the power and the momentum to make our state a much better place

Now look, unlike our Empire State Democrat Party dictators in Albany, especially Governor Cuomo, when it comes to the freedom to express your beliefs, I applaud Peter’s right to raise funds from Rockefeller types to support his beliefs, but what his letter offensive is that he doesn’t truly believe in his cause! How else can you explain the fact they use that which they are trying to stop us from developing? Yes, Environmental Advocates of New York is located in this ugly building in a neighborhood served by natural gas: 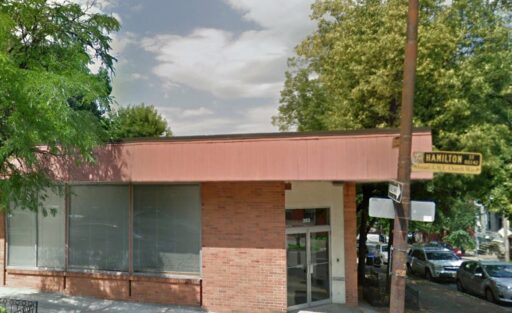 The problem is when people get paid twice the national average to advocate their beliefs (Peter got paid $146,206 and the organization  took in $1,226,312 in 2018 based on what Environmental Advocates of New York reported to the IRS for the year), shouldn’t they practice what they preach by? There are none, of course. Yet, they preach environmental protection above everything else, suggesting entire populations of others give up modern life. They terrorize children and the uninformed with climate scare tactics, trying to make people believe the fossil fuels we so desperately rely upon should somehow be abandoned, while they continue use them themselves.

What I find particularly offensive about Peter M. Iwanowicz’s celebration of his work in 2019 is that he attributes his huge success to people like me, according to his letter! Let’s review the success he is denying the people of Upstate New York:

And, who are the accomplices in this Death to Upstate persecution, this rural cleansing?

Sound familiar? Plus, Upstate New York now has a legislator signed onto this sellout; Democrat Senator Jen Metzger who represents Delaware and Sullivan Counties, and is now the newest cheerleader in the war on our gas leasing, and well drilling rights.

On December 17, 2019, Metzger introduced a bill in Albany to put a permanent ban on our future, and ability to seek the American dream,. This was on the 5th anniversary of the Zucker-Cuomo dog and pony show., no less.

This is a ban that would stop drilling in New York altogether and wipe out the interests of her own rural constituents in Delaware and Sullivan Counties. Meanwhile, her party and her governor are pushing solar and farms on Upstaters who don’t want them, not to mention setting criminals free, restricting guns, giving licenses to illegal aliens and otherwise throwing the people of Upstate New York under the bus. It’s all part of the plan, I guess, to drive out all Upstaters, even her own constituents. This is New York State today, thanks to groups such as Environmental Advocates of New York and their rich friends.