Renewables political correctness, promoted by a gentry class of utopians who don’t have to worry about feeding families, is nonsense. It’s time it stopped.

Political correctness is taking a toll everywhere we look these days as ideological elites, supported by the gentry class elites and their money, have sought to impose one new taboo after another, insisting those of different minds are nothing less than evil. Those who believe “the world is a social construct” where human behavior can and must be changed in their direction are convinced they’re in the ascendancy and are pushing towards the top, the tipping point where they believe everything can be transformed and we’ll all live happily thereafter under their tutelage, not to mention their whips. Renewables political correctness is just one facet of this but provides a useful window into this maelstrom, which is not going to end well.

That there is such a thing as renewables political correctness is obvious anytime one visits with friends from the Big Apple where natural gas makes everything possible, including much cleaner air, and, yet, they feel compelled to hate it. They’d prefer to mouth unchallengeable moral platitudes about “saving the planet” or some such thing, than engage in a reasoned debate on the best way forward with energy and environmental policy given our limited resources. 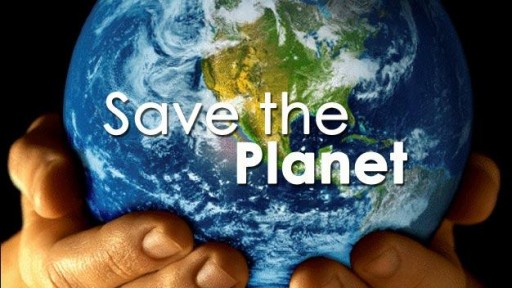 Image from website CRIAonline.org where one all-too-typical commenter suggested “Mak[ing] new energy sources like wind and solar power possible in every country in the world (if there is political will, everything will be possible)” as if wishing it were true is all it takes.

They take the view, rather, that our resources are limitless and unconstrained and it takes but political will to do the right thing. They will not accept there isn’t enough money in the world to accomplish a transition to a totally renewables future. Instead, they resort to rhetorical tricks about declining renewables pricing without addressing the subsidies in that pricing or the total unfeasibility of those renewables without the support of fossil fuels, the cleanest of which is natural gas. 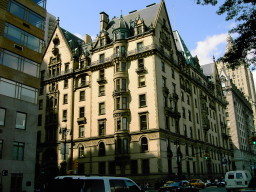 Why? Because renewables are the chic thing and everything else is dull, unstylish and unfashionable in their world. It is, ironically, old-fashioned peer pressure of the kind that allows Yoko Ono to run an anti-fracking campaign from her gas-heated eight-digit valued apartment in The Dakota building. There’ll never be a solar collector or windmill on top of that building. Logical consistency is for chumps, after all – it’s being for the right things, the politically correct things, that counts and there is no easier politically correct bandwagon to climb aboard then renewables political correctness. It requires no sacrifice and the payoff in terms of nodding heads and winks from cultured friends is huge.

There’s just one problem; the thing is largely a sham and ordinary people know it and have had just about enough of this nonsense. A story from this past week illustrates the point. It is an article at Scientific American about a Greenpeace effort to supply the village of Dharnai in India with electricity using a solar micro-grid. It’s a must-read piece if you’re serious about energy. Here are some key excerpts (emphasis added):

Dharnai, a community of about 3,200 people in eastern India’s Bihar state, had been without electricity for three decades. So when activists with Greenpeace set up a solar-powered microgrid in July of 2014, the excitement was palpable. But, residents said, the problems started almost immediately.

When the former chief minister of Bihar state visited to inaugurate the grid, villagers lined up to protest, chanting, “We want real electricity, not fake electricity!”

Greenpeace wanted to set up a solar village to show the government that it is possible to power rural communities with renewable energy.

The project was important to Greenpeace’s ambition. The group wants India to stop all new coal mining and coal-fired power plants because the resulting carbon emissions would contribute to climate change. The hitch is that about 400 million Indians, mostly in rural Bihar and Uttar Pradesh, remain without power. This is mainly because power lines have not reached every village and home.

Greenpeace, like many environmental groups, argues that these people could be supplied through decentralized solar and other renewable energies. They envision a future where 1.3 billion people globally could skip fossil-fuel-fired power plants and enter a prosperous, low-emissions world…

Over three months, engineers set up 70 kilowatts of photovoltaic cells on the rooftop of public buildings scattered throughout the village. They installed 224 batteries to store the energy. Artists painted a cheerful mural of rainbows and birds on the wall of the village chief’s office, branding the village “Dharnai Live.” The village also has a website. All told, the installation cost 2.7 crore rupees ($407,050).

Kumar’s family received one compact fluorescent light bulb and a wall outlet to charge their mobile phone. The power would be free for six months and then cost 70 rupees per month. That comes to about $1, but a steep price tag in a place where poor people earn, on average, the equivalent of about 30 cents per day. Most of Kumar’s neighbors could not afford it…

The day the power came was one of celebration. Villagers, rich and poor alike, ate sweets. Then, the wealthy families plugged in energy-inefficient televisions and refrigerators. With the power suddenly facing heavy demand, the batteries drained within hours. When Kumar woke up at 4 a.m. before his farming duties to study, the light bulb did not work…

One month after the rollout, Greenpeace invited Bihar’s former chief minister, Nitish Kumar, to inaugurate the solar village. A head of state visiting a small village under the glare of television cameras is a huge deal, and the citizens knew it was their best chance to get a permanent solution.

Children held placards and the adults chanted their mantra asking for “real” electricity.

One week later, trucks rolled in and set up a 100-kW transformer in town, connecting Dharnai to the grid.

Power is now free for Kumar and his neighbors who are below the poverty line. Others pay 3 rupees per kilowatt-hour of electricity. As of July, villagers were getting electricity day and night, albeit with power cuts. At such times, they’d use the microgrid as a backup.

Meanwhile, enrollment in the solar program has fallen to 120 households, down from 380 at the start, according to Ramapati Kumar of the Centre for Environment and Energy Development, which operates the system now…

At present, solar power in Dharnai costs at least three times as much as grid power. It can support only expensive energy-efficient appliances, such as CFL bulbs. A CFL bulb in India costs 700 rupees ($10), while an incandescent bulb costs 10 rupees (15 cents).

What the Dharnai example demonstrates is this; ordinary people, once they discover the cost of renewables political correctness, reject it. It doesn’t serve the needs of the poor or middle classes in any way. Rather, it wastes valuable resources for the sole purpose of soothing the consciences of a gentry class that already has lights to read and write by, so they can produce self-serving commentary such as this report from a little over a year ago. 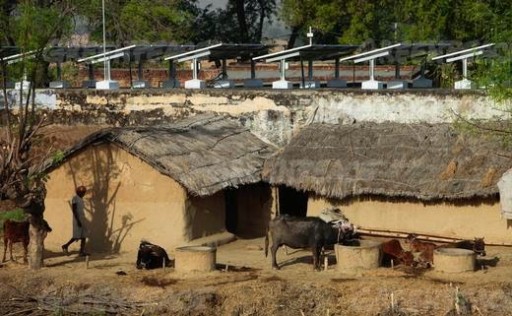 Yet, a representative of the David and Lucile Packard Foundation, one of the indirect if not direct funders of the project and well known as one of the bigger funders of fractivism everywhere still argued for the project saying “even a single light bulb powered by a microgrid [was] valuable to someone without power” and “decentralized grids are solutions of the future.” This denial of reality, insistence on ideology over results and refusal to entertain development of natural gas solutions that would lower emissions while helping the poor is, of course, why fractivism has no future. Like renewables political correctness, it’s pure bunk.

5 thoughts on “Enough of This Renewables Political Correctness!”