It’s time to put the hysteria, the madness and the mobocracy of which extreme environmentalism is a part, behind us. Its time for real energy solutions.

One of our readers wrote me yesterday to bemoan the absolute madness of so much of what counts for debate in today’s society but is really just a dangerous combination of hysteria and mobocracy. She’s completely frustrated with the way environmental extremists, aided by lazy reporters (who, without investigation, treat the former’s tactics as legitimate), have dominated the conversation. She writes:

The angry mob that is the anti-fracking pipeline resistance movement has targeted citizens, regulators, politicians and even FERC commissioners in their homes. It has bald-faced lied for years and, yet, is basically promoted as heroic by the press. Reporters are failing at their job.

She’s correct. It’s time reporters starting asking tough questions of these people and challenged them with a dose of reality. We need real energy solutions, not more nonsense from the unaccomplished and the unthinking.

I read a quote the other day from a well-known writer by the name of Midge Decter who, having made the political journey from progressive to conservative, stated “There comes a time to join the side you’re on.”  That quote came to mind as I thought about our reader’s comment. She started out as a fractivist of sorts but came to understand almost no one on her side was interested in the facts. Most were simply manipulating a press eager to be used and abused as part of some politically correct cause. 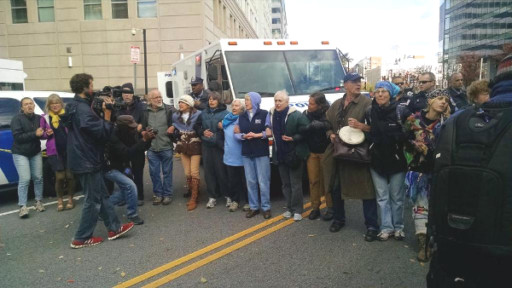 The quote came to mind again, repeatedly, as I perused some recent headlines. The Guardian, for example, just went with this:

Really? No, the planet will do just fine. And, when one reads the full story it becomes readily apparent the real story centers around the fact some nations such as the U.S., Australia and Brazil are not playing along with the hysteria. Corporatist investors in “green energy” are worried things may not work out for them as planned. Keeping up the madness is essential to hedge fund investors.

Now, I have used this blog extensively to extol the benefits of natural gas in reducing emissions. I do nothing to suggest man might not be having some impacts on climate change. When I read the next three months are crucial to saving the planet, though, I know I’m being scammed. I start thinking like Midge Decter.

That’s because I’m more inclined to the “Inconvenient Facts” set forth so effectively by Greg Whitestone. I have, nonetheless, resisted using these pages to get into that whole side of things because gas is the solution regardless who’s correct. Some have suggested I should spend even more of my time trying to convince those who are worried about global warming that gas is a real energy solution, which, of course, it most definitely is.

But, I’m coming to the view that it’s time the warmists made a serious fact-based effort to convince me we only have three months to save the planet (yet again). I’ll listen. I’ll even keep singing the praises of gas in reducing emissions, which are as real as could be. But, I’m tired of their hysteria, madness and mobocracy. I’m only interested in the facts and real energy solutions. I’ll talk with anyone about those as long as they’re willing to engage a civil conversation to see what we can agree upon.

Unfortunately, environmental extremists aren’t interested in that conversation. They’re uncompromising zealots who often serve in cause of corporatism without even knowing it. They are manipulated, even as they manipulate, because environmental extremism is their religion. They’re true believers even if their preachers are paid by the devil. They believe they can impose their will because simply because they believe.

They view themselves as the pillars of morality and their opponents as evil, which entitles them, in their minds, to dismantle, disrupt and destroy without regard to any principles other than their momentary own. It is impossible to do business with them or to make them part of any community of thoughtful people.

This brings me to some further observations from our reader who poses these questions for reporters who should be challenging environmental extremists instead of showing them off:

Why do you think FERC now has people giving testimony one on one?

Do you want to participate in public processes that are chaotic charades?

Do you think activists are righteous and should feel free to walk into pipeline facilities or generating stations and shut them down?

Do you believe any community would be able to function if we all felt we could just do whatever we wanted at any moment, taking over parks and streets?

The questions are rhetorical, of course. Reporters today are too often part of the movement themselves. It’s up to the rest of us to get the facts out in any way we can. If we’re truly interested in energy solutions, environmental progress, economic prosperity and real communities, we’ll start calling out the hysteria, the madness and the mobocracy for what it is and deal in those facts. As for those unwilling to talk, to debate and to exchange facts, well, the hell with them. We’ll just have to beat them and I know which side I’m on — it’s called civil society.